The luscious Ms. Pinky and her husband Mr. Keith Coogan headed out to meet the iconic star and they had an amazing time!

Check out their full recap below!

Hello, my lovelies. Pinky Lovejoy-Coogan here still excited after finally meeting an actor I’ve admired since I first saw him on Sweet Home Alabama as Bobby Ray. That’s right, I’m talking about the adorable Ethan Embry. Now, Ethan is one of those actors who is allegedly around – I’ve heard he frequents a certain coffee play regularly and turns up at shows in the area. 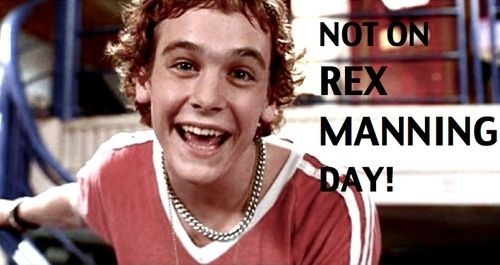 In fact, I hear about people meeting him so much that it was kind of surprising I’d never even seen him before. Fellow fangirl Liz LOVES Ethan – he’s her #1 – so I’ve been hearing about him for as long as I’ve been in town. Still, he eluded me.

That is, until a few weeks ago. Keith and I had gone to support a concert called Lyme Light which was a benefit for Lyme disease. The show featured several bands including All American Rejects, Youngblood Hawke, and a performance by Aaron Embry, Ethan’s brother. When I heard Aaron Embry was on the list, I wondered if Ethan would be there (as I’d heard he usually goes to support his brother). 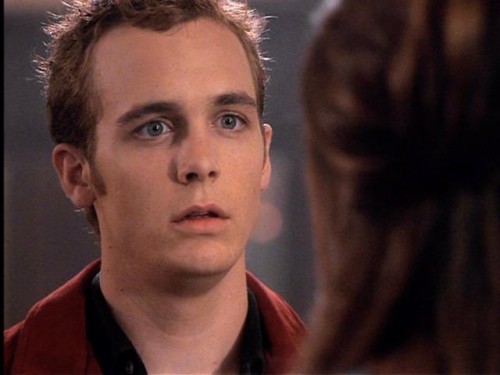 Still, I worried I wouldn’t recognize him, since I knew he looked a lot different from little Bobby Ray on Sweet Home Alabama. I quickly texted Liz and asked what I should watch for and she said he was still recognizable because of his big blue eyes. She was totally right! I knew when I saw those eyes that it was him. I waited until he was done with the conversation he was having and then I went in and asked him for a picture. He could not have been sweeter – what a cool guy! 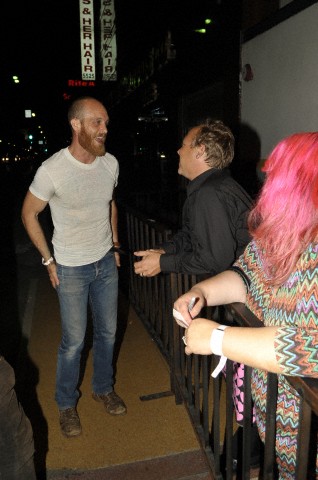 But the best part of the evening happened a little later as we were leaving and noticed Ethan waiting at valet for his car. Keith went up to introduce himself to Ethan (as Keith was a fan of Ethan’s work) and then Ethan ended up fanboying out all over Keith! 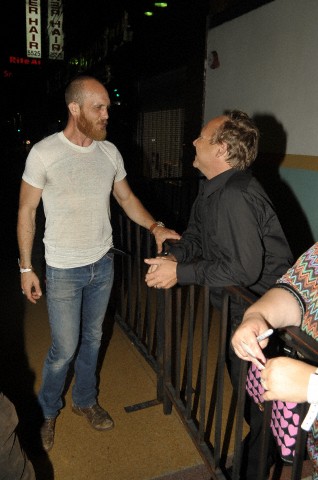 It was so much fun to watch – Ethan was explaining to his friend who Keith was and told him all about the Babysitting movies. It was completely surreal. I loved it. They ended up getting all kinds of pictures taken by the paparazzi, too! What a fun night. 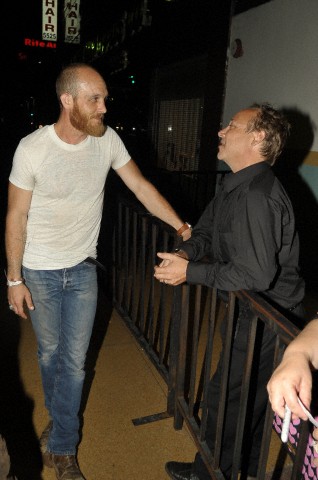 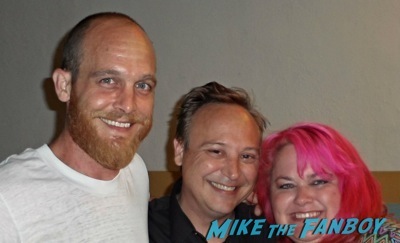 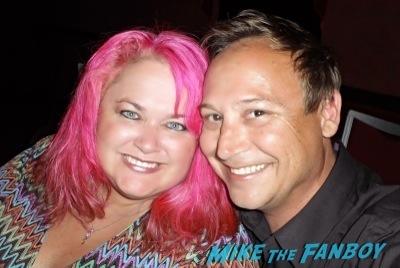