Tonight Lisa-Lisa and I headed to a very special FYC event for Mayans. Just finishing its first season on FX, Mayans is the spinoff of Sons of Anarchy and based on the episodes I saw, it really does continue to the world of SOA.

The panel was really good, JD Pardo talked about how fortunate he was to be a part of the series. 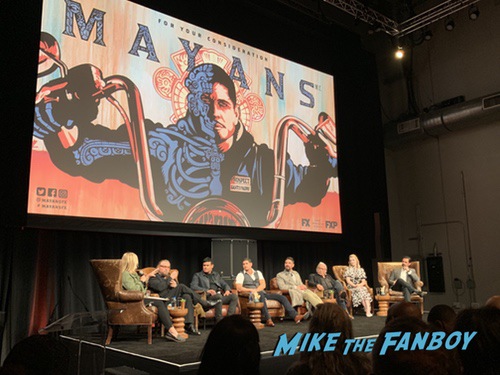 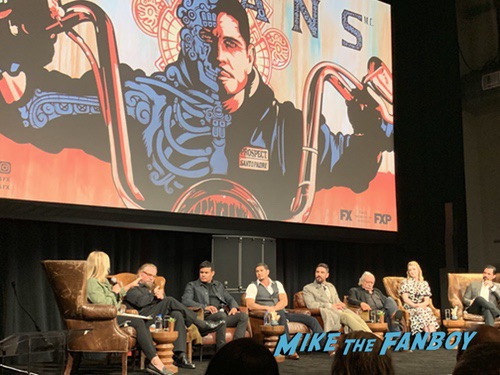 in fact, everyone on the panel expressed the same. Sarah Bloger commented on how she was a huge fan of Sons of Anarchy and how it was a thrill to be in this series. 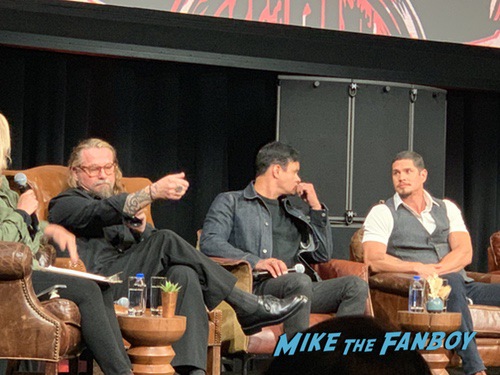 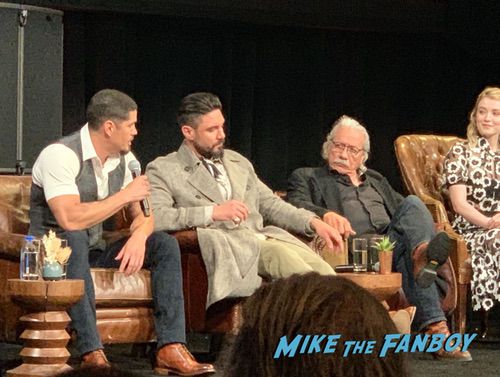 Clayton Cardenas is a character and he gave a lot of props to his brother on the series JD Pardo for inhabiting the role.

I didn’t know there were two pilots of the series shot, but there were and Clayton talked about how JD really made the role his one on the second go around.

The panel was really good and I’m glad I saw the finale because it really captured the old SOA spirit more than the first chunk of episodes I saw.

After the panel, the cast with the exception of Kurt Sutter went up to the reception.

It was pretty off the hook, with a flaming mini donut bar. The best peanut butter and chocolate donuts I’ve tasted. 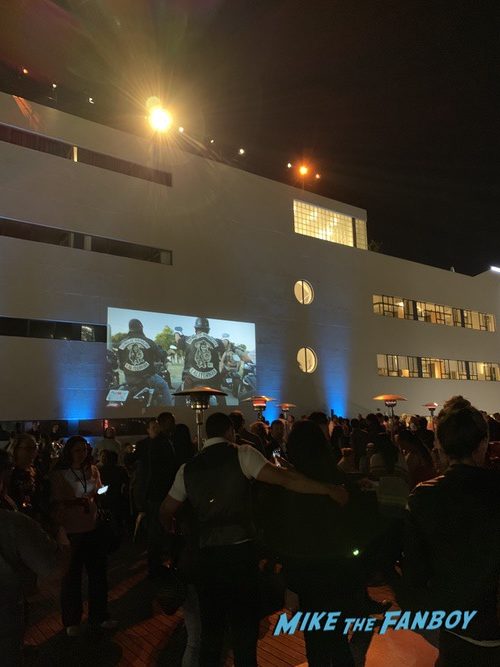 The cast was super nice and all hung out with everyone.

Edward James Olmos was very cordial and signed my Battlestar Galactica poster for me. 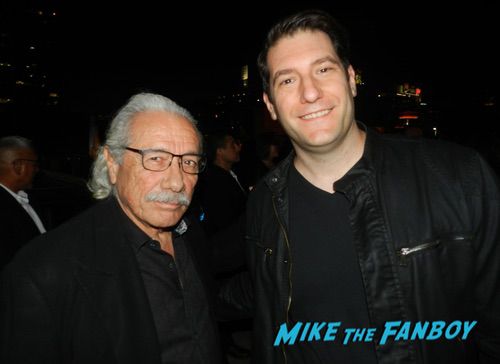 I brought my Mayans poster and had the rest of the cast sign it. 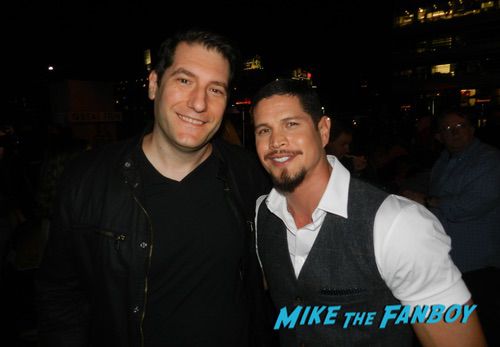 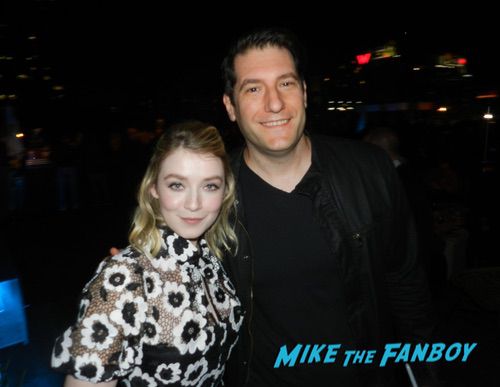 Clayton Cardenas is such a fun guy and very nice. 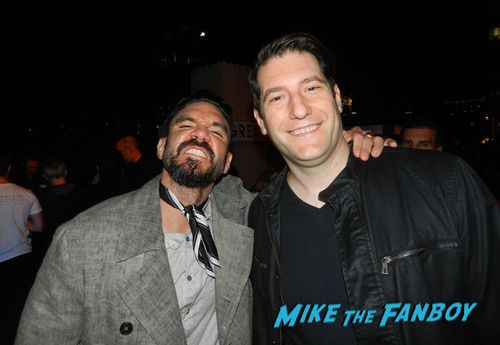 There were also some other cast members there and everyone was super cool. 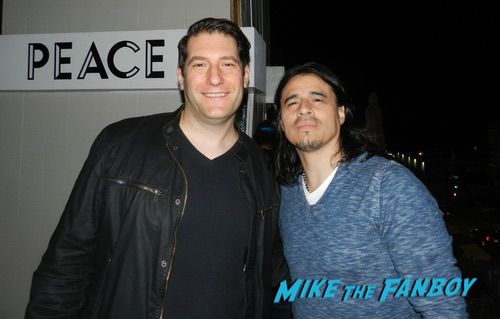 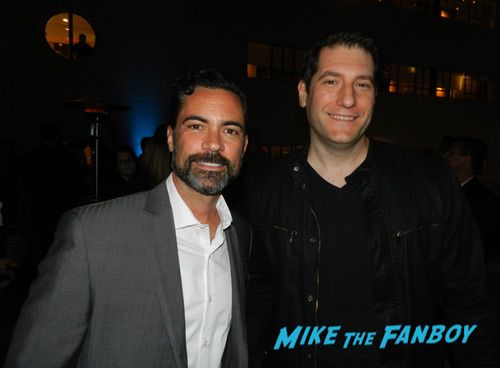 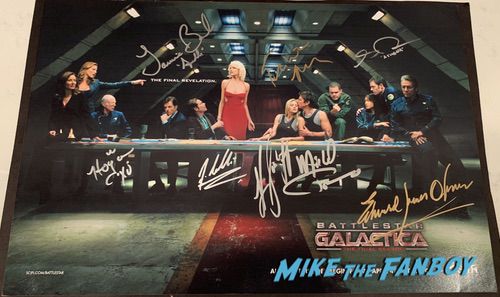 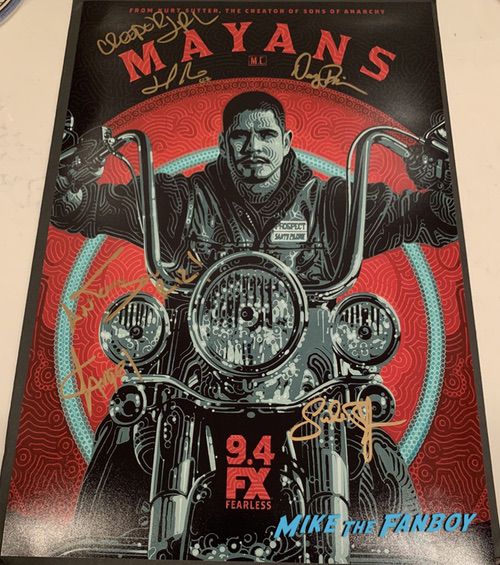