Karalee loves The Best Man series of films! Like loves them! When she saw that the cast was making a rare promotional appearance she just had to be there!

It’s awesome to have the opportunity to see the entire cast of a film you love in one appearance!

As you may have previously read, I love the movie “The Best Man” and I’m super excited for the sequel, “The Best Man Holiday.” Attending the Hollywood premiere was OK; I got a pic with Terrence Howard but I really was hoping for one with Taye Diggs. When I found out the cast was going to be on “Extra,” I had to check it out. I didn’t know how many of the movie’s stars would be there, but I was hoping Taye Diggs and/or Sanaa Lathan would show up. 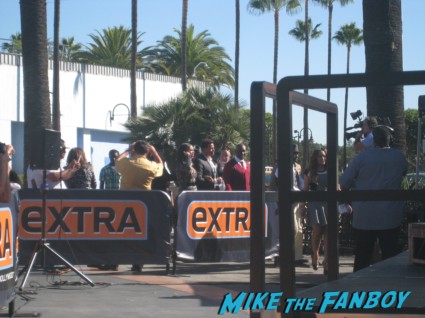 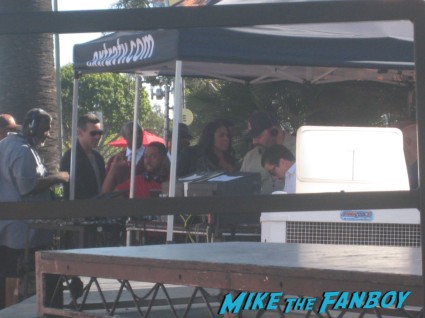 I arrive and quickly learn from one of the security guards that the ENTIRE cast (minus Monica Calhoun) was going to be there: Taye Diggs, Sanaa Lathan, Morris Chestnut, Terrence Howard, Nia Long, Harold Perrineau, Melissa De Sousa, Regina Hall, and Eddie Cibrian. Are you kidding me?! I’m freaking out! This is going to be so fun!

There’s a sizable crowd on this hot afternoon; many of them are waiting for a star from “The Walking Dead,” who will be making an appearance after “The Best Man” cast.

The cast arrives in SUVs and they are ushered into the holding area, getting prepped for their group interview with Mario Lopez. 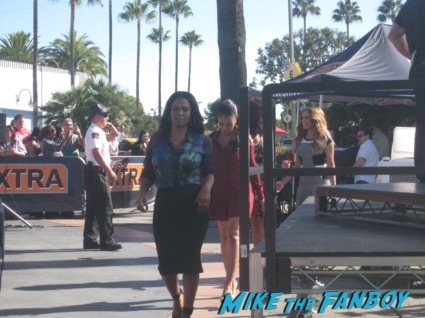 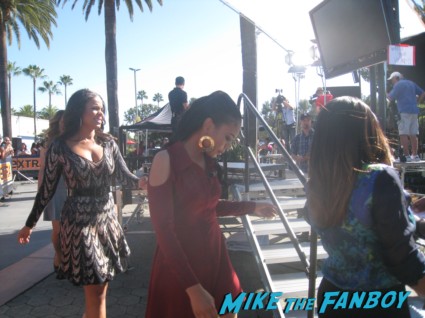 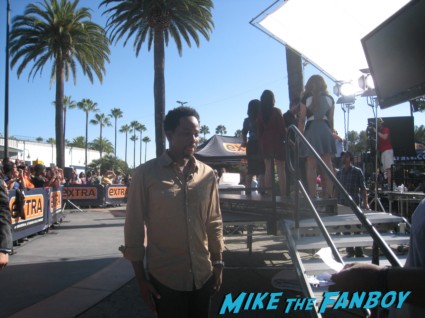 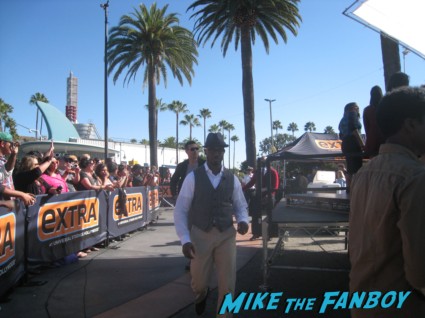 Then it’s show time! The group chats it up about the movie, plays a how-well-do-you-know-each-other game with Mario, and laugh and banter with ease. Such a fun cast and they genuinely seem to enjoy each other’s company. 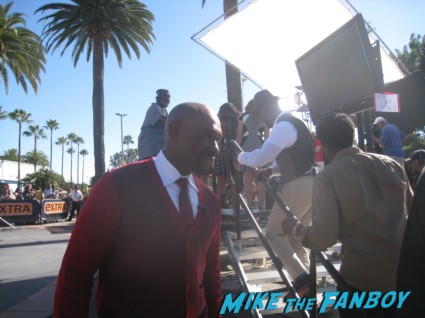 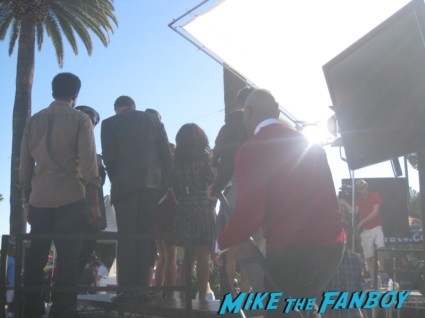 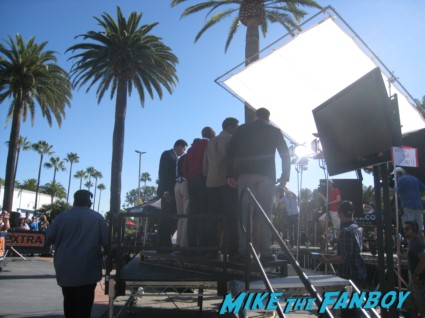 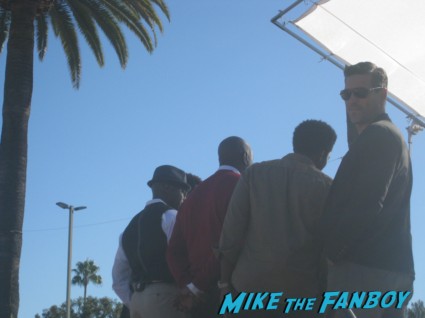 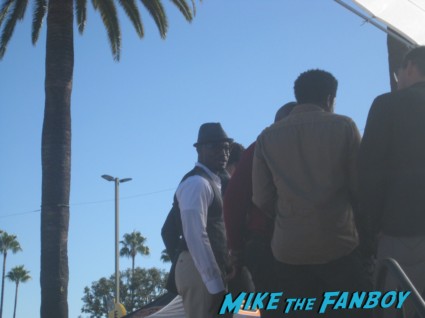 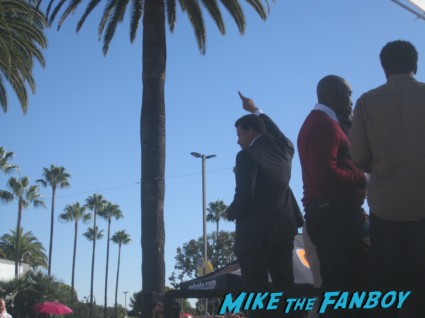 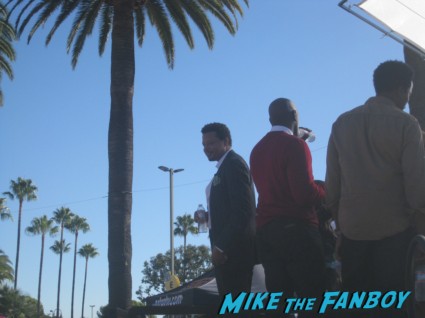 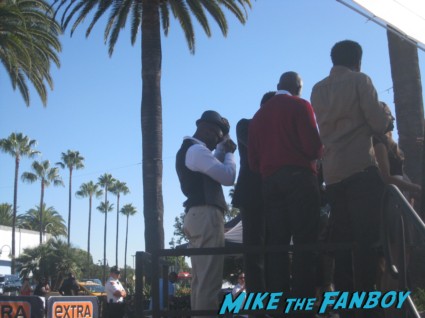 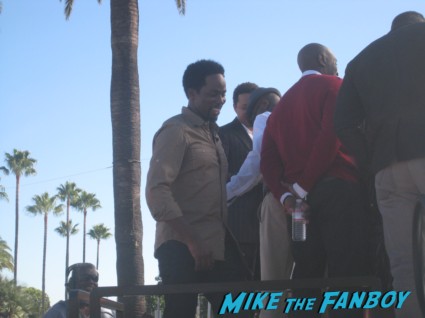 Once the interview ends, I get my game face on. Nine stars is great…but I realize that they’re all going to file off the stage at once and I’ve got to be selective if I’m going to get who I really want. It’s a no-brainer: I want a pic with Taye. 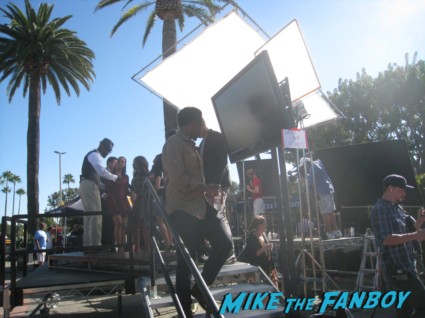 The women exit the stage first. Sanaa and Melissa make a beeline for the waiting SUVs, but I’m able to get Nia’s attention. She comes right over and I get my pic with her; have loved her since she was “Kat” on “Guiding Light” and “Love Jones” was a big fave in college. I’m super happy! 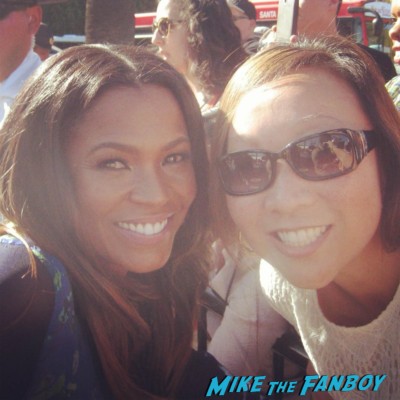 Then it’s the men’s turn to exit. I let Eddie and Harold slide by and call out Taye’s name. He comes right over and I get my pic…victory! 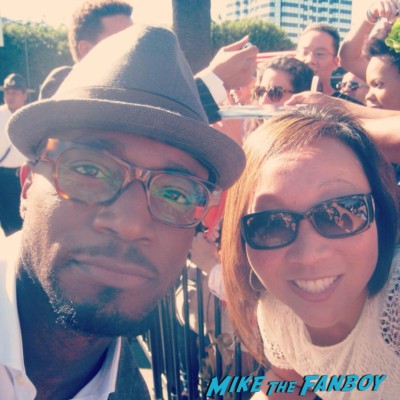 The men kind of break off and greet various sections of the barricade; from what I could tell Taye, Eddie, Morris and Harold each did a few photo ops and/or graphs but then went to their waiting SUVs. Terrence, on the other hand, started at one end of the barricade and went the entire way around, signing autographs and taking photos with anyone who wanted one. He was super nice and really uber-generous with his time. I already had a pic with him from the premiere, but I figured, why not have another? 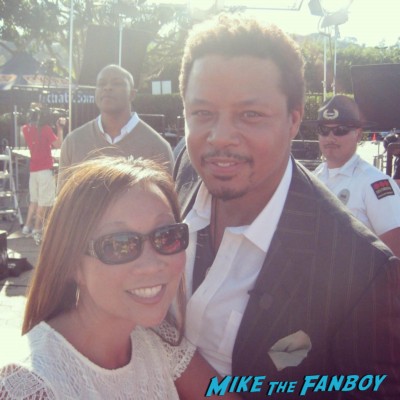 It was so fun to see the entire cast of one of my favorite movies in one place, with such a chill crowd. I was lucky enough to see the sequel at an advance screening and I have no doubt I will have seen it a second (and maybe third) time before you read this post.