Awwww, this is the most adorable story ever!

Awesome Anushika headed down to World Market to meet Breaking Bad star RJ Mitte! You might remember that I mentioned the event was taking place and Anushika… Being a huge fan of Breaking Bad headed down!

Check out her full fangirl recap let me tell you… It’s adorable!

I just can’t believe 2013 is almost over. The holiday season, favorite time of the year! =) Time for fuzzy scarves and Starbucks red cups. All Charities are on full swing to spread the joy and bring a little bit of happiness to everyone around. The World Market was also doing their fair share to put smiles on kids at the LA Children’s Hospital. It was already a great event, but to make it even more interesting, they partnered up with none other than RJ Mitte! ^_^ I’m sure I don’t have to explain who he is for all the BrBa addicts. RJ Mitte played Walter Jr., Walter White’s son in the amazing TV series Breaking Bad. He was promoting the event through Twitter and I was more than thrilled to hear about it. We just had to bring a toy or a book to donate and the first 200 in line gets to meet RJ Mitte and get an autographed picture. It was totally a win-win situation! =D

After work I head straight over to The World Market. I arrived pretty early, so I got a chance to walk around to find a cool kids book to donate. I met up with Becky, who drove all the way from Bakersfield just to attend this event. It’s always nice to have a buddy to kill time before an event. We didn’t see any lines formed, so we just chilled at a coffee shop catching up. I expected this to be a pretty low key event. I love low key events! ^_^ No panicking and stressing out. lol

After a while, we saw some movement in front of the store. Tables were set up and a quite a few people formed a line next to it. So we head on over to the table to give our donations. The staff wrote our names down and gave us a card. YAY!!! We are in!!!! =D 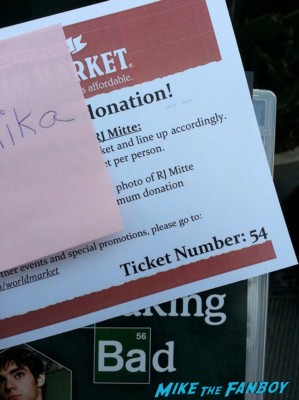 Everyone seemed calm, but excited! We started walking towards the end of the line, but had to stop half way. RJ just arrived!!!! The camera crew surrounded him as soon as he got out. Wow, he is early. Now that’s rare. The day just got even better. 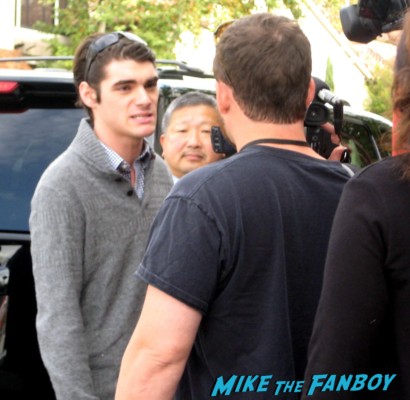 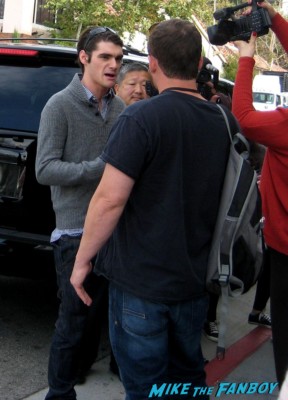 They take him inside the store and after 15 minutes, the line already started moving. They took about 20 people inside. I hate not seeing what’s going on. I really wanted to know if photos were allowed and if he was signing anything else other than the picture. Anyway, I brought my Breaking Bad DVD Just in case. We were waiting for a long time outside. 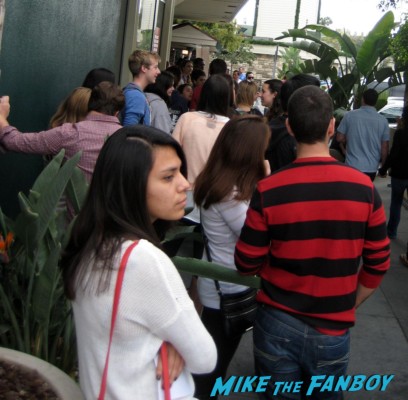 It made us a little anxious, since we had no idea if they even started the event yet. Usually once the line starts moving, it goes by pretty quickly. Anyway, after another 30 minutes, they finally let our group in. YAY!!! =D

Once inside, we saw why it took forever. RJ was taking his time to really talk to each and every one. Now that is beyond sweet! ^_^ He was personalizing all the autographs and taking photos with everyone in line. I TOTALLY Loved how he was standing up front and being more approachable, than sitting behind the huge table they set up for him. 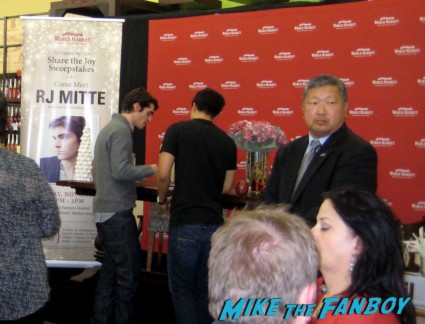 He literally kept walking up to his fans to greet them. Becky and I were SO Excited!!! I started to get so nervous as we got closer since I did not expect to have this much time with him lol…I expected a quick “Hi” and “Thank You” =D

The staff was super nice and I overheard them saying that this is the biggest turn out they’ve ever seen. AWESOME! I was next and the lady was thanking me for waiting, and I thanked her for organizing this event and made the mistake of telling her how nervous I was getting. When it was my turn, I walked up to him and he just greeted me with the biggest smile ever!!! ^_^ He was such a sweetheart and thanked me for coming and supporting. I can’t even remember what I told him. While he was signing the photo, one of the ladies came behind us and told him that “You have a special fan here, she is really nervous about meeting you. You should probably give her a hug to calm her down” OMG!!! All the blood rushed into my face as I drowned in utter embarrassment. I told the lady, “Omg, You are so not helping right now!” lol… =D Oh dear, thankfully RJ just smiled and I just started to talk like that never happened. After he signed the photo, we posed for our photo and he thanked me again for coming. 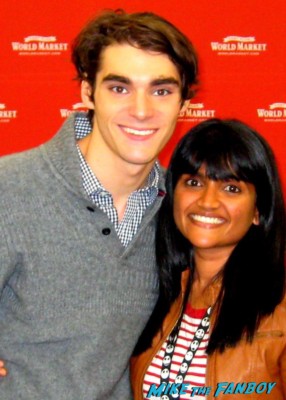 It was such an AWESOME event. No stressing out over missing out. I walked away a bigger fan of RJ Mitte! ^_^ I wish more celebs really took the time to talk to their fans and make the experience more memorable and worth it. 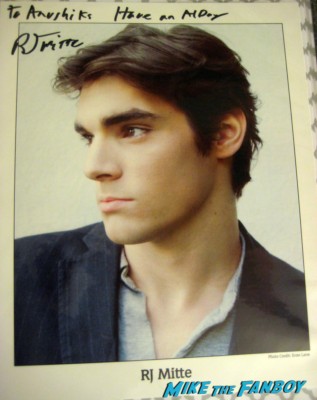