Sorry, when I think of Erasure I have to sing. They have had so many catchy and memorable songs, quite honestly, I can say that Erasure is one of the few band that have provided so many songs from the soundtrack of my life.
The duo is touring behind their latest album, The Violet Flame, and did a two night stop here in Los Angeles.
Sadly, I have to wait until later on in the tour to see them, but I was hoping that I could head to the venue to meet the band.

Scotty had the same idea, I just didn’t think he meant in the afternoon. Doh.

Erasure are a synth pop duo that has been around since I can remember. Led by frontman Andy Bell and Vince Clarke, Erasure has had hit singles like Respect, Chains of Love, Breathe, Chorus, I Love To Hate You, Victim Of Love, and on and on.

You should check out this Halloween themed video for Dead of Night that was just released.

Scotty called and said he was heading down super early to try and meet the band going in. Now, I didn’t know this and scheduled a couple things during the day. Doh!

I figured I would miss them, but I called Scotty around 5:30 -ish and no one was there yet.

I raced home and grabbed some memorabilia, I have vinyl, poster flats, etc… I grabbed what I could and ran out the door.

Scotty was there with another fan who flew in from New York. They said no one has arrived yet… And now… We wait. 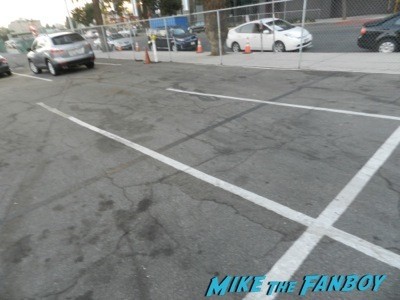 This is the second night that Erasure is here in La La Land, so they might be showing up a little later than usual.

As time ticks by, Scotty and the other fan talk 1980’s pop music icons, Tiffany, and I start nodding off. But God
bless them both.

Scotty brought some Yaz memorabilia and some Erasure LP’s as well.

Then a bus pulls up… And… 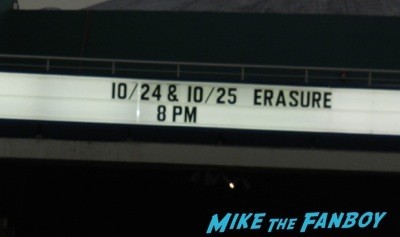 Another 10 minutes passes and sure enough, Vince Clarke and Andy Bell get out. We saunter over and ask them to sign, and as usual… Both are super cool. I couldn’t help fanning out on Vince a little, I mean this is the man who has pretty much written every Erasure song and let’s not forget Depeche Mode.
He was super nice, and thanked me as I babbled. 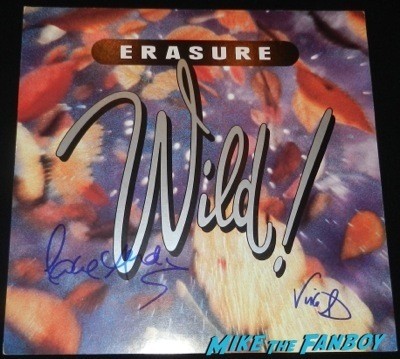 Andy Bell was cool as well. He is such a fun guy, and very sweet. It was so fast, I wasn’t even able to get pics. They had to get inside and get ready for the show, which I heard was fantastic!

Such a fun little excursion, and I can’t wait to see Erasure live on this tour later on! 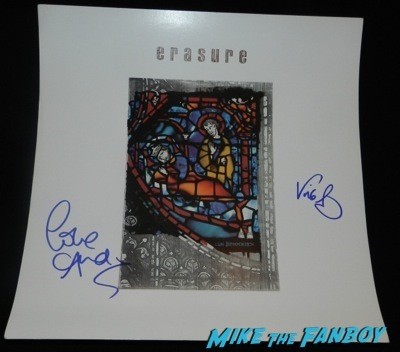 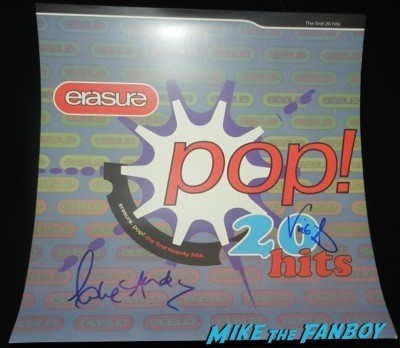