James is out and about once again! This time for the Charlie and the Chocolate Factory Press night in the UK! He managed to put in an awesome day of fanboying and met one of my favorites Uma Thurman!

Check out his full recap after the jump! And check out James full site here!

Me again! I have to tell you, the last couple of weeks have been rather crazy for me, I think I’ve been out more days than I haven’t, which doesn’t happen often! It’s nice right now to be having a week off, even if it is only going to last for a few days. Anyways, last Tuesday I headed over to the Theatre Royal Drury Lane for the press night of Sam Mendes-directed musical Charlie & the Chocolate Factory. I’d seen glimpses of a guestlist, which seemed too good to be true, but for once, I actually had a good feeling about the evening.

I arrived and met up with a couple of friends, and before long arrivals started. I better say now, in here I am sure I will forget to mention some people that I didn’t meet, either because they didn’t come over to sign, or because I let them walk past having met them recently. Or, in a couple of cases, I simply failed to recognise them. The first person to come over was TV Presenter, Richard Arnold, who signed an index card for me. He was followed by actor James Purefoy, who is best known for his roles in Rome, The Philanthropist and The Killing. James too signed an index card for me, and posed for a photo. 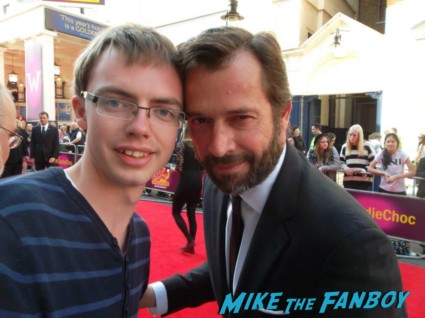 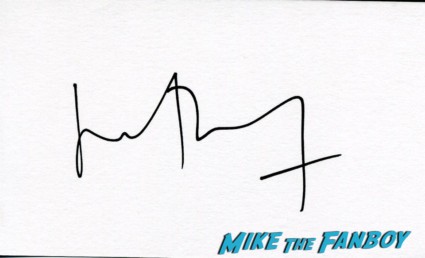 Actress Ruta Gedmintas, best known for Spooks: Code 9, Lip Service and The Tudors came over next, again signing an index card and posing for a photo. 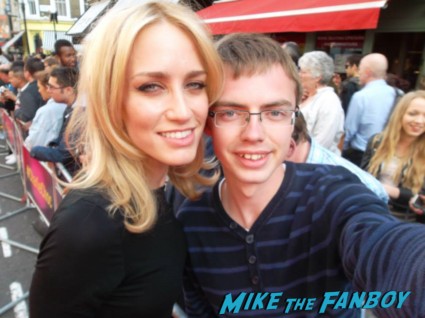 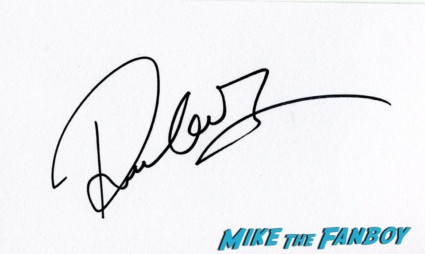 She was followed by someone from the guestlist I really wanted to meet, the awesome Andrew Scott, best known for playing Moriarty in the fantastic TV seriesSherlock. I really like Sherlock, and only needed to meet Andrew to have met the whole main cast (having already met Benedict Cumberbatch, Martin Freeman, Una Stubbs, Mark Gatiss and Rupert Graves). Andrew signed an index card and posed for a photo with me. Day made! 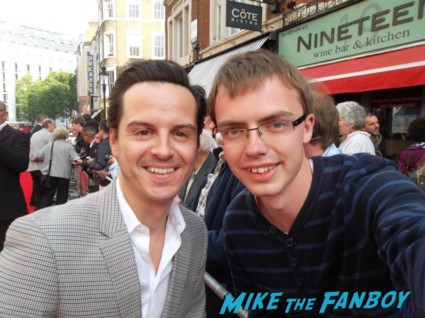 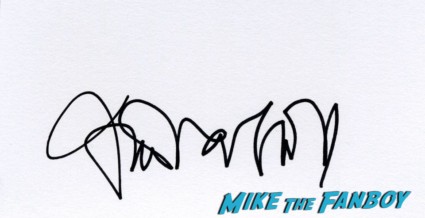 Former Eastenders actor Dave Hill, who played Bert Atkinson, signed an index card for me and posed for a photo. Matthew Morrison of Glee fame was going along the barrier signing, but I didn’t get him again having met him a couple of times already this year. 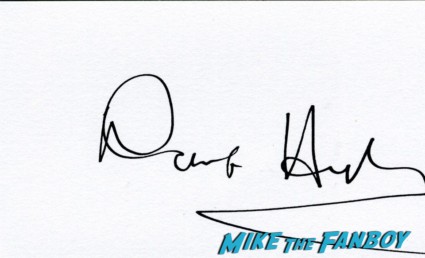 Crimewatch presenter Kirsty Young arrived and also signed an index card for me. 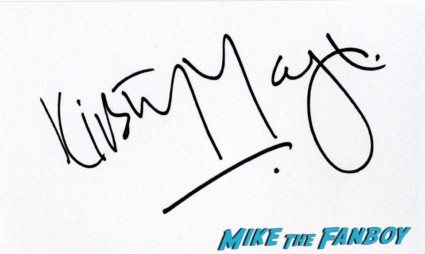 Two stars of Spooks, Rupert Penry Jones and Maxine Peake arrived next, and both signed index cards and posed for photos with me. They were joined by with Miranda Raison (who I’d have loved to meet), but she went in before I had a chance to call her. Am sure one day I will have another chance to meet her. 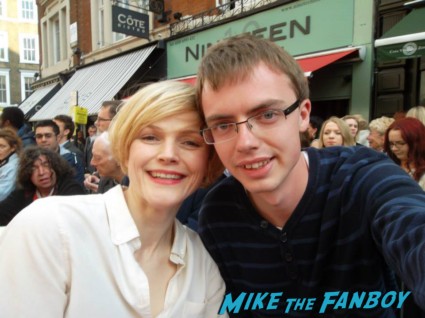 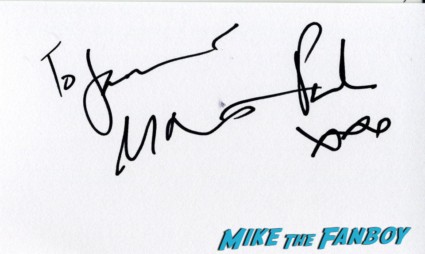 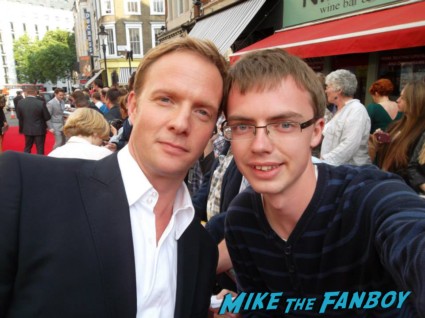 Shobna Gulati and Sue Devaney, who both starred in Dinnerladies and Coronation Street arrived together, and took it in turns to pose for a photo with me (Sue took the photo of me and Shobna, and Shobna did the same with Sue). Shobna also signed an index card for me. 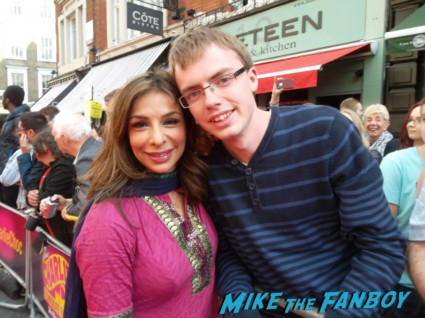 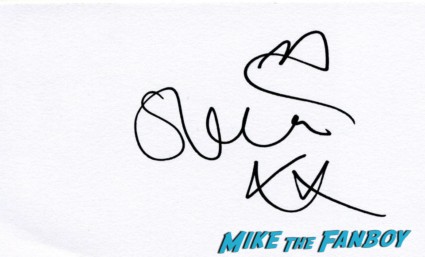 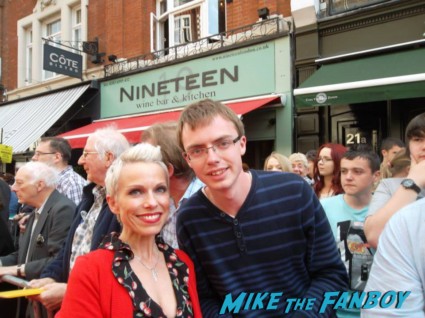 Nigel Harman, another former Eastenders actor came over and posed for a photo with me too. He had starred in Shrek the Musical that ran at the theatre previously, so it made sense for him to be there. 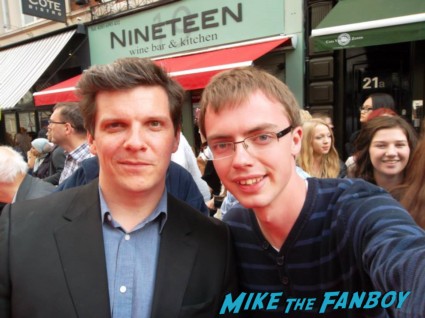 One of my favourite people, as made clear in my TV BAFTAs write up came over next,Doctor Who companion Jenna Louise Coleman. Whilst there were no Tardis cufflinks this time round she remembered me, and posed for another photo with me. Happy James!! 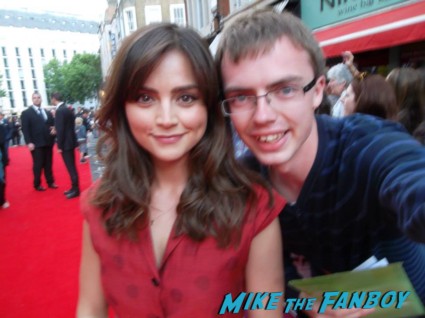 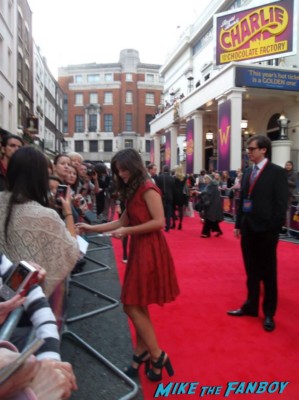 At the same time, two of the A List names on the guestlist arrived together, Sarah Jessica Parker and Matthew Broderick! Sarah was signing a few, but not enough for me to be able to get her. However, Matthew seemed to be signing a few more, and I was able to get him to sign my autograph book! Well chuffed, not everyday you get to meet someone like Ferris Bueller and Simba! 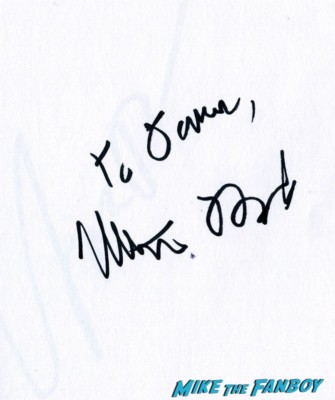 They were followed by singer Sinitta who posed for a photo with me. Tom Hollander, star of Rev, came past without signing where I was which was a shame, as did actorRoger Lloyd Pack. Shaun Parkes, best known for his role in The Mummy Returnssigned an index card for me. 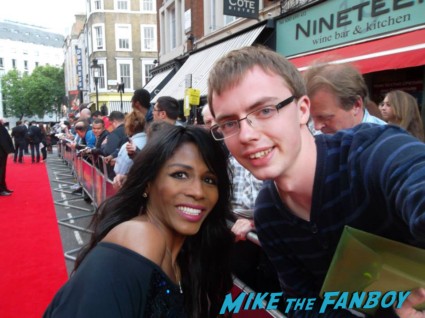 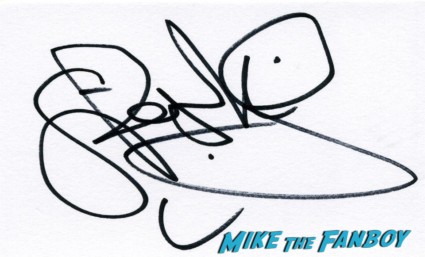 The last arrival was another A Lister, Uma Thurman! I didn’t expect Uma to be as nice as she was, signing a pretty large number for people with a pretty nice autograph. Very happy to meet her after a couple of failed attempts at the BAFTAs in previous years. 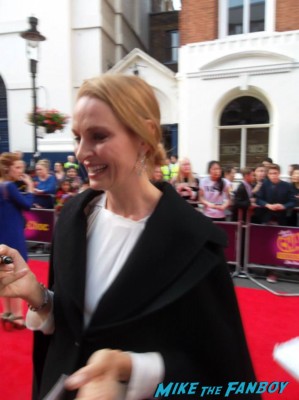 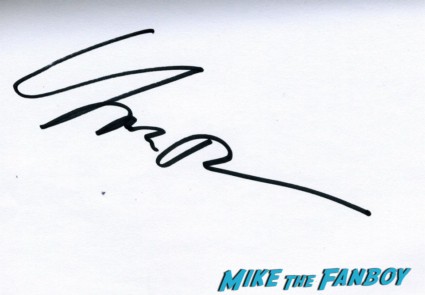 And that was that; a pretty awesome evening for only 30 minutes of waiting beforehand, with nice company too! Chuffed to complete my Sherlock set, to meetJenna Louise Coleman again, and meet two people as famous as Uma Thurman and Matthew Broderick!