Sometimes there’s nothing like this hobby to give you a huge rush and thrill. Man, I think we’ve all been there right? Billy Beer wanted to share some of his top moments from 2012 so I figure since this is technically New Years Eve it’s a great time for him to take a trip back!

Billy met some great people this year and there’s a couple I’m pretty damn jealous of!

Welcome back to Billy Beer’s Bar Stool. Many of tasty beverages have been enjoyed this year. I just wanted to do a little round-up of some of my favorite fanboy moments of 2012.

Tom Cruise– The more I do this, the less “star struck” I get. But when I get to meet icons, I still get those butterflies. So when I finally got to meet Tom Cruise it was crazy! He has been in so many movies I grew up watching, and continue to watch. He certainly didn’t disappoint his fans the day of the Rock of Ages Premiere. Not only did he get to the Premiere an hour early, he signed and took pictures with everyone on Hollywood Blvd from Highland to Orange. 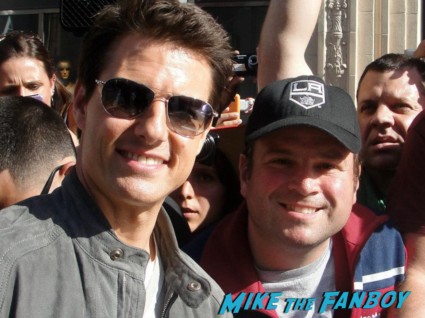 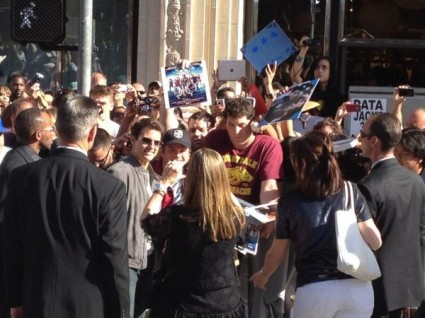 Charlize Theron– I know a lot of people have her on their Worst lists, but on one crazy day this summer, Charlize rolled down for a bunch of us crazies with signs and props. She couldn’t have been nicer. She was in a hurry, but she signed what we had and even took pictures. I don’t know if it will ever happen again, so I have to enjoy it for the time being. 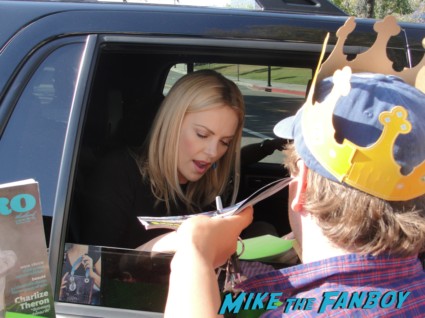 James Gandolfini– The Sopranos is one of my favorite shows. When I went to The Newsroom Premiere, little did I know James would be showing up. For being one of the toughest mob bosses, he’s really a big old teddy bear. He came over, signed for everyone and took pictures. One of my favorites! 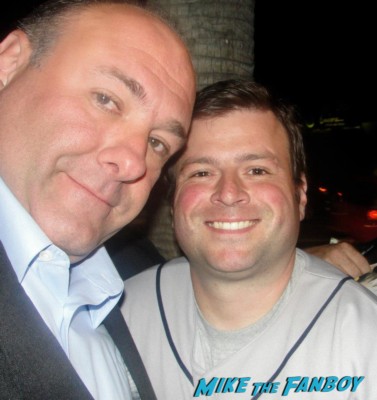 Jessica Beil– Proof that signs do work. Jessica’s publicist brought Jessica over to me and my Jessica’s #1 fan sign. 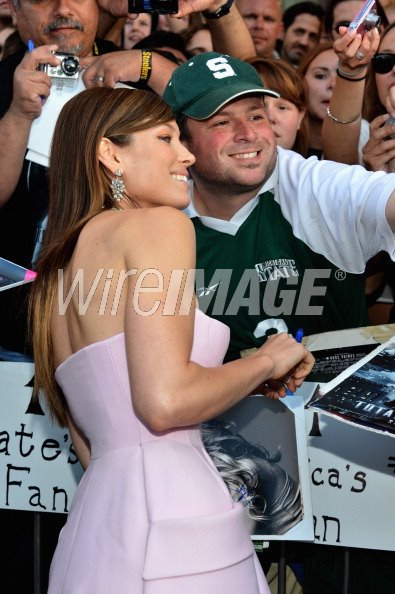 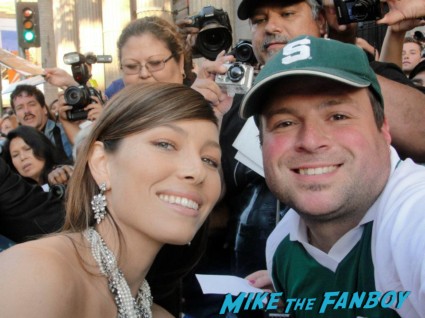 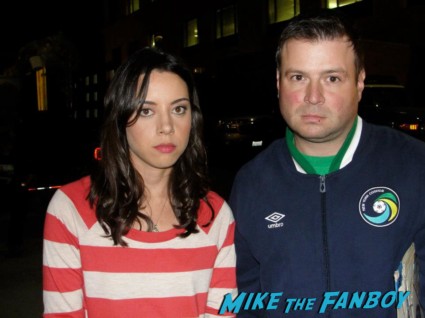 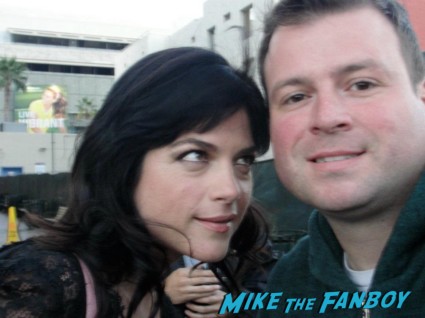 Avengers Premiere– Probably of my favorite days of graphing. First, it was my birthday, so I decided to wear a tux to the Premiere. 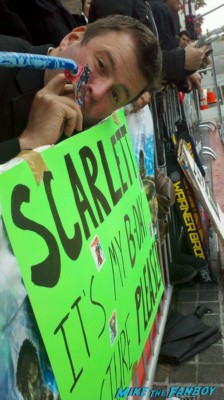 Next, I went to the store and picked up a bunch of things for decorating our spot on the rail. By the end of the day and 5 separate trips to the bar, I walked away with Scarlett Johansson, Samuel L. Jackson, Stan Lee, Jeremy Renner , Cobie Smulders, Clarke Greg, Chris Hemsworth, and others. 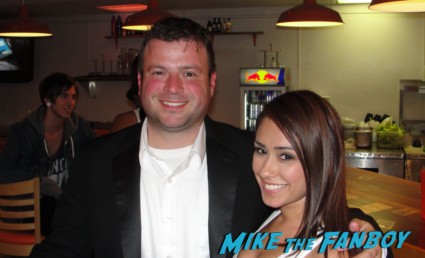 Jessica Alba– Some of you may know that Jessica is my #1. So a year and a half ago when I was the only one to not get her in a group of about 20-30 people, I was quite devastated. When I finally got my chance to see her again this year, everything was stacking up against me. First it was Oscar weekend, so there might not have been access like the year before. Next, after being about 6th or 7th in line, they moved the line, and I ended up in the second row even though I had been there a lot longer than most people. When she finally came over, it was time to make my move. I stuck my big board out over the front row of people. She started signing in the corner, and when you came my way, she literally grabbed my board and signed the biggest Jessica Alba I’ve seen. She wasn’t taking pictures, but I finally got my #1! 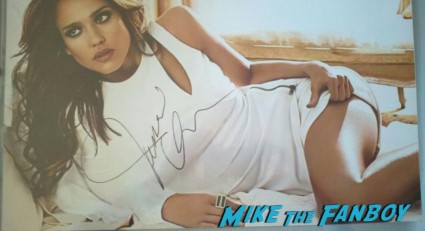