God bless living in Los Angeles! I head that none other than famed director Paul Verhoeven was doing a rare q and a after a screening of the sci-fi spectacle Total Recall. Now, Paul Verhoeven if you all don’t know was also the director of one of THE best movies of all time… I can only be referring to Showgirls! 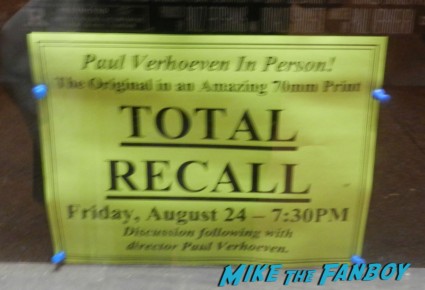 How can you not love it! Vegas, Saved By The Bell, Boobs, and the best acting this side of Natalie Portman in Star Wars! I mean it’s awesome. A great drinking game, a great night out with the family, and don’t get me started on how wonderful the VH-1 edited for television version is. Painted on swimsuits and edited dialogue… It’s joy… Joy…. JOY!

Take this great example of dialogue from the film…

Two Vegas showgirls bonding over loving to eat dog food. It doesn’t get any better than this people…

Anyway, Scotty and I decided to head out to the Q and A see if we can get out Showgirls crap signed. 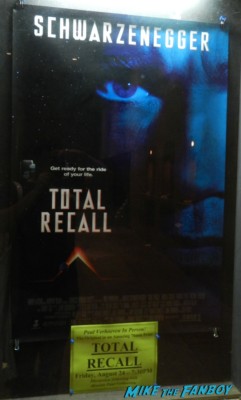 At first we were waiting outside and then we decided to go in. So, we saw half of Total Recall…

I loved the film when it was originally out and a lot of it still holds up. I was kind of shocked by this to be honest, I mean generally science fiction films don’t stand the test of time when it comes to special effects. The effects tend to look dated and such… Don’t flame me you know it’s true!

Anyway, the q and a was really interesting and you can tell how much Paul Verhoeven loves film and loves discussing film. He did talk about the same special effects issue I mentioned above where in films like Total Recall the only thing you can’t change is the fact that the special effects are what they are for the time period. 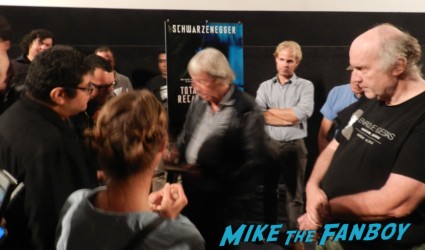 After the Q and A, Paul Verhoeven basically stayed and talked to everyone who wanted to say something, sign whatever anyone had and basically just held court for hours. 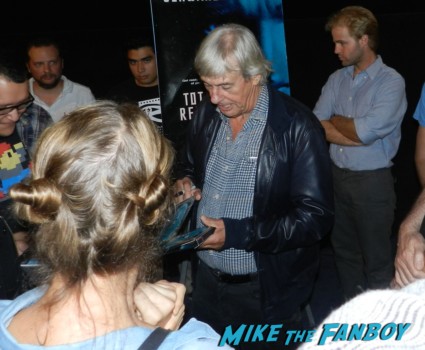 There was one woman who was so excited, I thought she was going to jump out of her skin. When it came to my turn, I asked Paul Verhoeven to sign my Total Recall poster 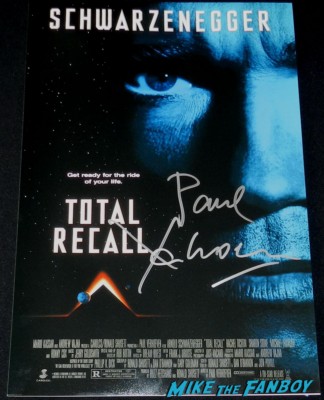 and then I asked him to sign my Showgirls UK quad mini poster. He said, “Oh great, the movie that killed my career!” I was like, no it’s awesome! and he said something to the effect of “I’m glad that you think so..” LOL… Scotty had Paul Verhoeven sign his Showgirls laserdisc as well as his Basic Instinct laserdisc as well.

Then Paul Verhoeven was gracious enough to take a photo with me. 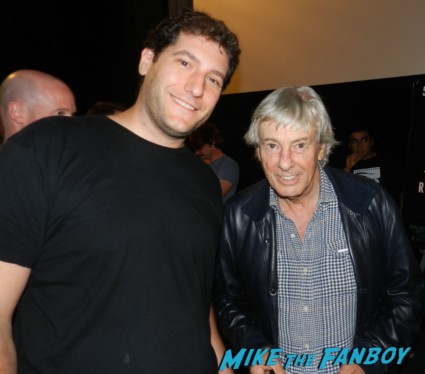 It was a great night and you can tell how much Paul Verhoeven really treasures his fans.

While I love meeting actors, I find that meeting the people who directed and made films are equally as exciting. The director is the person who crafts the film from the look, down to the feel. In the case of Paul Verhoeven he even did a lot of the writing as well… Although sadly not the dog chow exchange above from Showgirls. 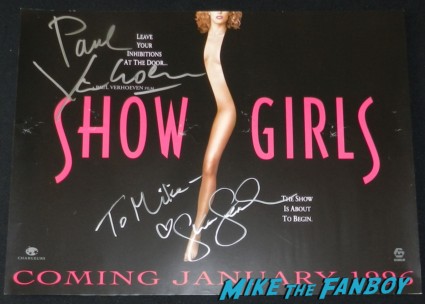