One of my all time favorite films is Lost In Translation. I remember seeing it by myself on a trip to Las Vegas of all places. It was such a perfect experience and a perfect place to watch that movie.

The combination of being in a foreign land (cause honestly Vegas is a foreign land) and being alone for a bit… It made the movie resonate even more with me. To this day it’s one of my favorite films.

And… What do you know, it’s the subject of today’s Cult Classic Corner!

Check out Jack’s recap and meeting Sofia Coppola below!

What do a movie star and a young married woman have in common? They’re both experiencing sleepless nights in Tokyo. When the film “Lost In Translation” was released a decade ago, the film left audiences speechless with two powerful performances by its lead actors, Bill Murray and Scarlett Johansson. Not only did it solidify Murray’s career as a serious actor (albeit in a dark comedy/dramedy), but launched Johansson’s and Coppola’s careers. 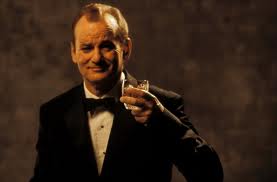 Movie star Bob Harris (Murray) travels to Tokyo to film a whiskey commercial for Suntory Time and is completely miserable. He’s currently having trouble with his wife Lydia and spends his evenings at the hotel bar drinking since he can’t sleep. 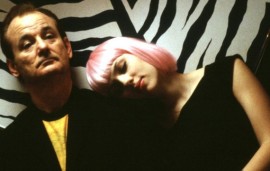 Charlotte is a recent college grad and her workaholic photographer husband, John (Giovanni Ribsi), has brought them to Tokyo for work. Unable to tag along on his shoots, Charlotte too finds herself restless and unable to adjust to Tokyo life. One day, Bob meets Charlotte at the hotel bar and strike up a surprising friendship venturing throughout Tokyo together. Each other’s company provides much needed excitement and ultimately they discover some of life’s wonderful possibilities.

As a result of this film, my friends and I now annually create a Top 10 list of films because we fell in love with this movie when we we’re freshmen in high school. Murray’s marvelous performance exceeded everyone’s expectations and without him this wouldn’t have been the same movie. 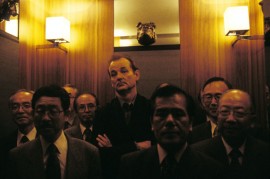 Johansson’s sexuality and sensitivity perfectly compliment Murray’s to create this unlikely duo in this hilarious comedy. Coppola crafted an amazing script, which garnered a much deserved Best Original Screenplay. Even 10 years later, this film still holds up and definitely warrants another watch. 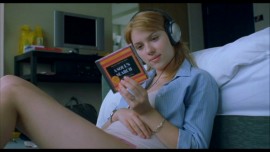 Since I can remember Bill Murray has been a constant in my life with “Caddyshack,” “Ghostbusters,” “Stripes,” “What About Bob?” etc. always being played in my household. So it was amazing seeing himself reinvent his career in Wes Anderson’s “Rushmore” and venture to more serious roles like “The Royal Tenenbaums,” “Broken Flowers,” and of course, “Lost in Translation.” He’s one of the celebrities I would love to meet, but have sadly never been provided with an opportunity to meet. He’s one of the very few I would only want a photo with and not an autograph. 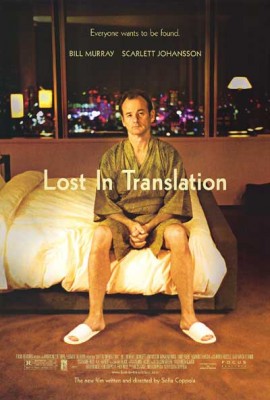 Scarlett Johansson on the other hand I did go out for her once at a talk show taping (my very first try ever at any talk show). I didn’t know what to expect and was heartbroken when she completely ignored fans while promoting The Avengers (She didn’t sign arriving or leaving). Even though I had low expectations due to her reputation I was still bummed I didn’t get my Record Store Day vinyl signed by her.

However, I did manage to meet the Academy Award winning screenwriter and amazing director Sofia Coppola. Last week she did a rare Q&A in Los Angeles and I was super excited. Mike and I even tried coordinating from the inside/outside to see what would happen. Considering I didn’t hear anything from Mike while the movie was going except there were only a handful of people waiting outside” I hoped for the best.

As it turns out, Sofia was running late and didn’t sign outside before the Q&A. Once the Q&A ended, she stopped to sign some autographs and I managed to get my “Somewhere” Blu-ray signed.

Eventually I made my way outside to look for Mike and joined him outside. Sofia not only stopped to sign autographs before getting in her car, but was making sure everyone got one that asked. Overall, it was an amazing evening and I’m happy to have her on my “Lost In Translation” DVD. There’s something exciting about getting writers/directors. Until the next time, happy autograph hunting! 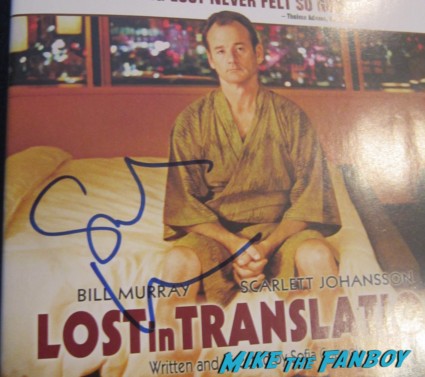