Home / Fanboying! / Meeting DJ Zedd! B-Mart Check Out His Nevada Show And Meets The DJ After! Autographs! And More!

I don’t know anyone who hasn’t heard of the song “clarity” it’s on the radio nonstop. Well, B-Mart went out to meet the producer/artist behind the song Zedd! He’s one to watch that’s for sure. I love Clarity and his new song Stay The Night.

Check out B-Mart’s recap about meeting the famed DJ and his concert in Reno!

Long time no talk. I’ve still been autographing, but mostly sports stuff comes here. I’m back and ready to give you more awesome articles about music. Today’s article comes from my experience meeting one of the hottest DJs in the game right now, Zedd. I’m a huge fan of EDM, as you can tell by my past article about meeting deadmau5. I love what they do by basically just partying all day and making people feel good. Anyway, if you don’t know who Zedd, he has that hit song Clarity and one on the charts right now called Stay the Night. He has also produced songs with Justin Bieber and Lady Gaga.

The concert starts at 8:30, with doors at 8. You gotta get there early for a good spot for the main event and basically hold your ground until then. So I meet up with my graphing buddy around 7:45, college buddy, and 2 girls he knew (It’s a dance show, I wanna dance with somebody…I wanna feel the heat..ok you get the point). We all get a good spot on the top balcony. Fast forward to 10:30, as I don’t wanna bore you with stories about the first two DJs, who weren’t very good. Not many people were dancing.

Zedd hits the stage and it is 2 hours full of nonstop lights, sounds, dancing, friends, singing with strangers, kissing strangers, and an overall good time. 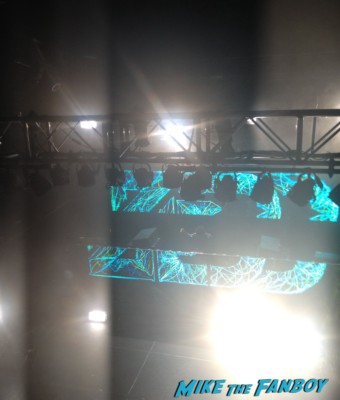 There was even a confetti cannon that literally blew up in my face. I think I swallowed a few pieces. 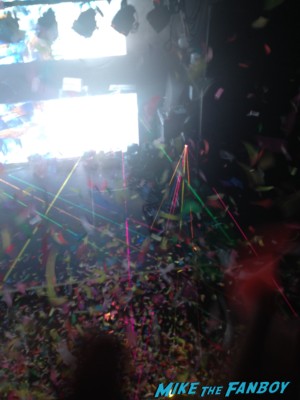 Afterwards, I am literally dripping sweat and exhausted. It’s 12:30 and people are still wanting more but they basically were forced to clear out the crowd. Reno starts to get cold around this time of year, so for once I was thankful it was cold outside. It’s autograph time. This venue is super easy to get autos from. You just have to wait in an alley. However, there is a front entrance and a back entrance. So we kept guard of both with me at one and my friend at the other.

An hour passes and it’s now 1:30 and the other DJs have hit the bus, along with the manager who told us that he wasn’t gonna come out because they had to fly to Miami (they did it turns out, but not until the morning). The bus pulls out and I have no idea where it’s going, but I have a hunch. I literally do a dead sprint over to my friend at the other part of the alley. About a minute later, the bus pulls out and the manager is first. I see a tiny guy in a sweater and it’s him! We start screaming “Anton (real name), Anthon”! The manager says we gotta go but he says he wants to sign. He gets my friend and then me on our CDs and I ask if I could get a picture and he says “Of course”. I told him how much I loved the show, which was the 2nd best show I’ve been to, besides Muse. Really nice guy, his manager was just mean. 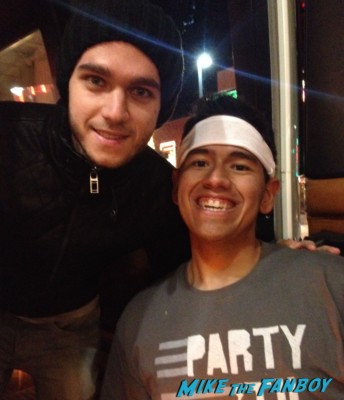 I was just so happy. Me and my friend went home to my house excited and to dance some more. Until next time everyone! 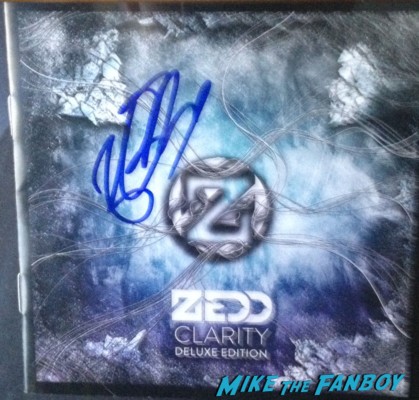