It is a beautiful day. I tell ya. Just a beautiful day. I don’t know why I’m waxing poetic about the weather, but I am. What can I say, I’m a softie. Today, I’m leaving the house for Academy Award Nominee Jeremy Renner. Jeremy is going to be a part of the Avengers and of course the new Mission Impossible with Tom Cruise.

I want to get a jump on my Avengers stuff, so I figure now is a good time. I actually have liked Jeremy in The Town, and The Hurt Locker as well. So, I figure, hey… Let’s go out and try to meet the guy right? RIGHT?

5:29 p.m. – I just arrived. There are about 15 people here now. I honestly thought that there would be a lot of people here… But they will probably arrive at the last minute and throw their crap on top of the people who have been waiting for so long!

5:36 p.m. – Anushika and CB are both here. Anushika has her The Town DVD cover with her. She also has the ugly Entertainment Weekly cover with all the Avengers on the front. God Bless her!

5:56 p.m. – Hopefully, Jeremy will come over… It would be great if he would come over on the way in… However, I’m not counting on it.

6:04 p.m. – The one thing I want to get done is my limited edition Comic Con mini poster of Hawkeye. I’ve been getting my SDCC limited edition concept art posters done first. It would be nice to get a couple, but you know… What can you do.

6:15 p.m. – A woman just walked in with the longest nails I have ever seen. They look like snakes intertwining themselves on her hands. It’s just… Wow… God bless… She painted them like gold… Wow… 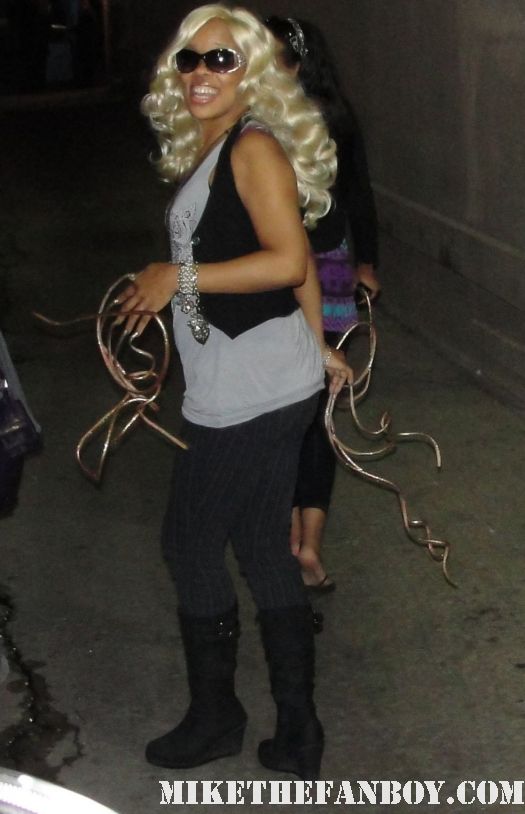 6:17 p.m. – I’m obsessed with the nails. How does someone with nails like that hold a job…. She can’t even type an email. 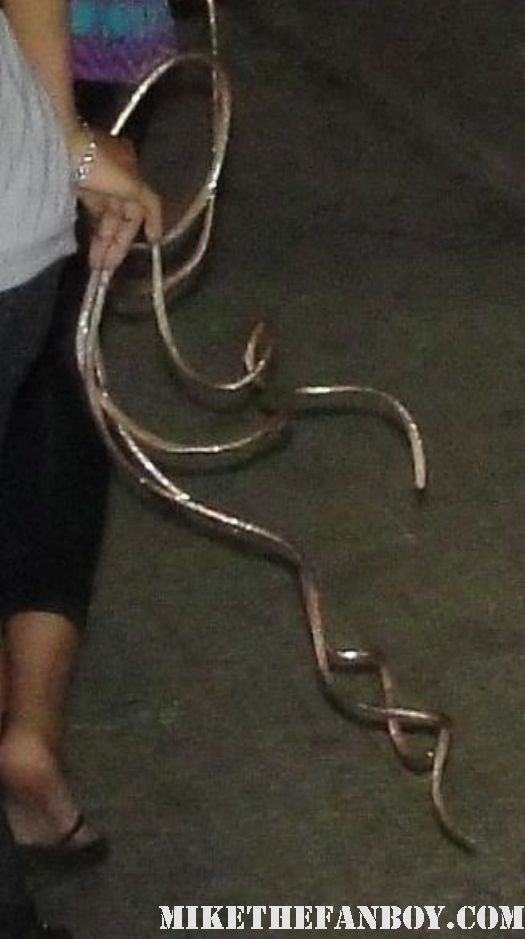 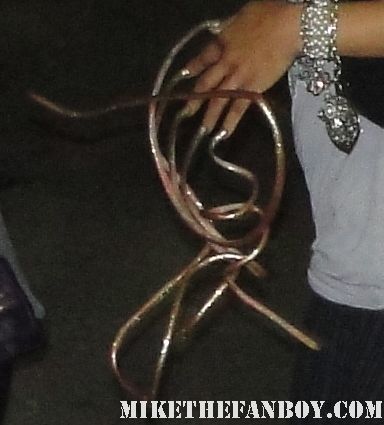 6:34 p.m. – Oh wait… There’s activity… Jeremy is here! We all yell for him. He doesn’t look over. Poor Anushika is yelling her little lungs out.

Finally Jeremy turns and waves before he goes inside.

6:43 p.m. – The band was giving out orange hats. CB put his on and Anushika aid he looks like an Elmer’s glue bottle. LOL… He does, he really does! 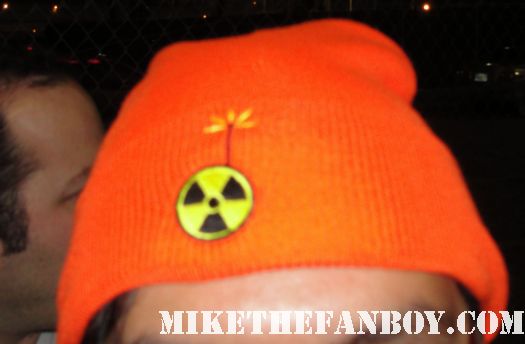 6:49 p.m. – I‘m hoping that this night will end soon, so does Anushika because I keep singing “Jeremy spoke in, spoke in… class today…”

7:03 p.m. – Movement… There’s Renner! He’s walking out and it looks like he’s going to leave, but wait he’s coming over… Everyone suddenly goes crazy!

The serene setting turns into throwing and pushing. lol… Ah, the life… Jeremy is signing a bit but is staying in the same place. 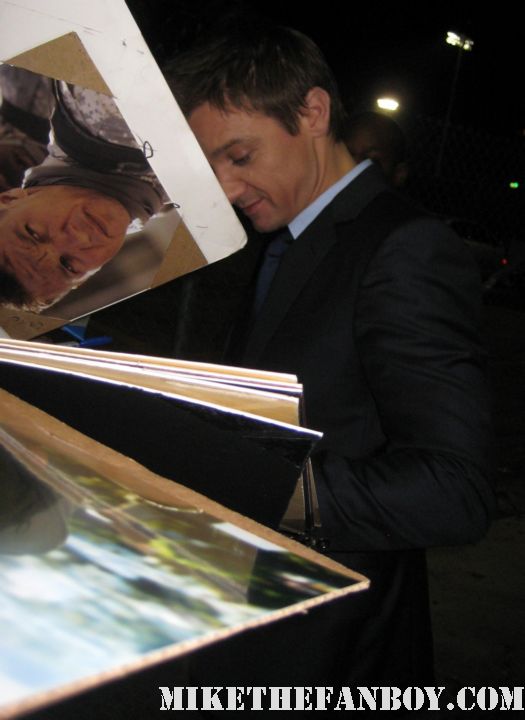 I have both posters out, and finally Jeremy starts to move. Anushika gets him on both pieces, and I have my SDCC poster out. 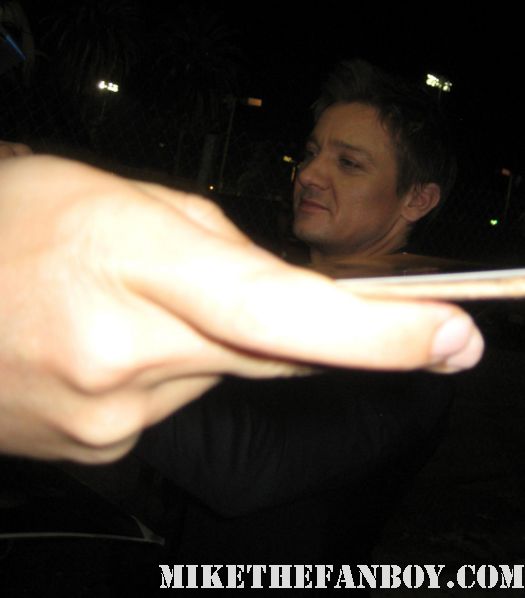 Jeremy signs it, but won’t do a second. Dammit. He has this gold pen, which some people are complaining about, but it looks okay on my poster. 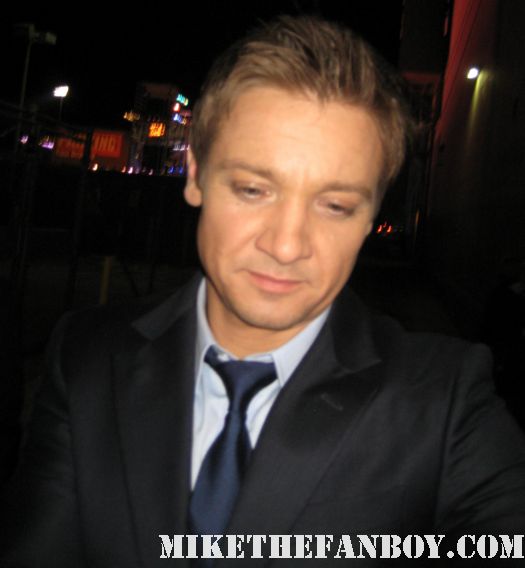 The madness ensues or continues to ensue. Grrrrr…. I make a quick decision to not throw my Avengers poster into the mix. 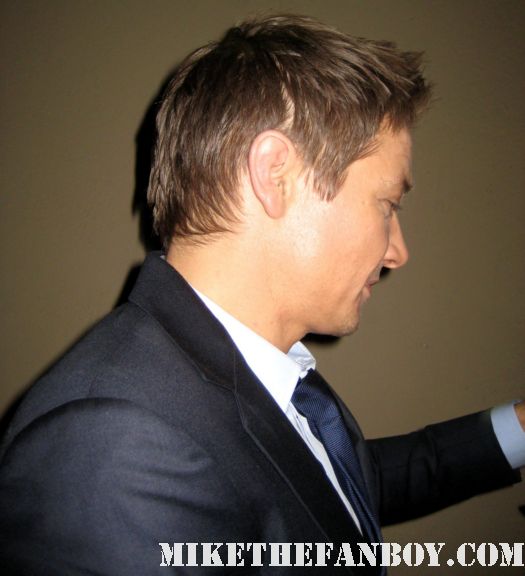 however, I have another one so even if it gets messed up I could have replaced it… Doh! Only me! Jeremy is pretty much done and heads out. 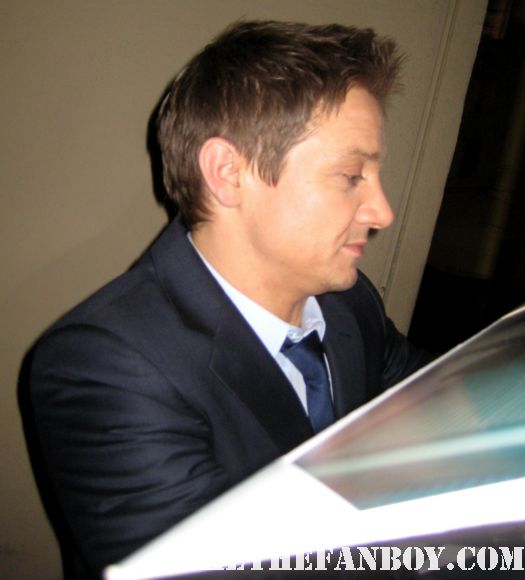 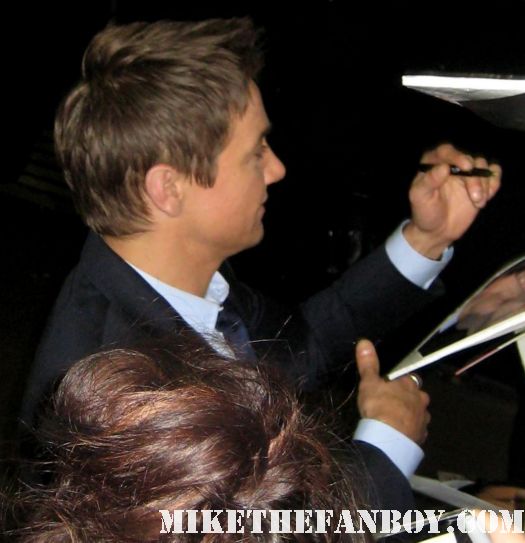 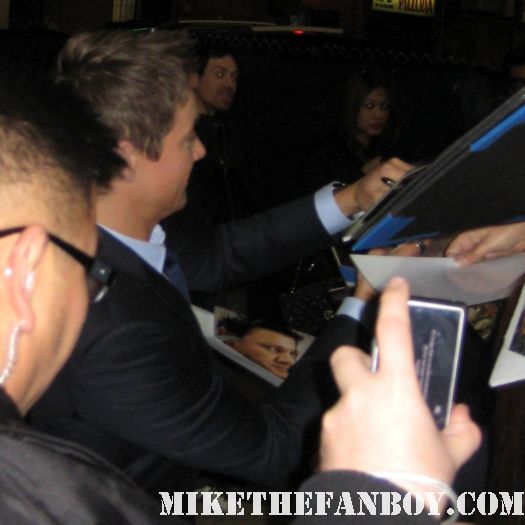 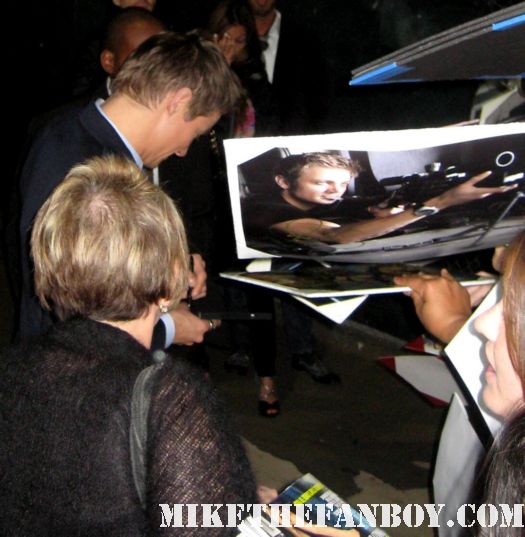 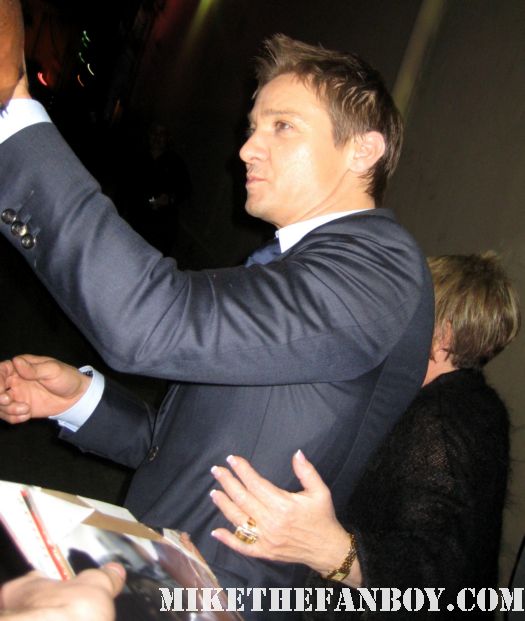 It wasn’t the most memorable encounter but you know I’m happy he did it. And my poster looks pretty good. You know getting the poster was almost as much work as trying to get it signed! LOL…

Special thanks to Awesome Anushika for sending the photos! Whoo hoo! 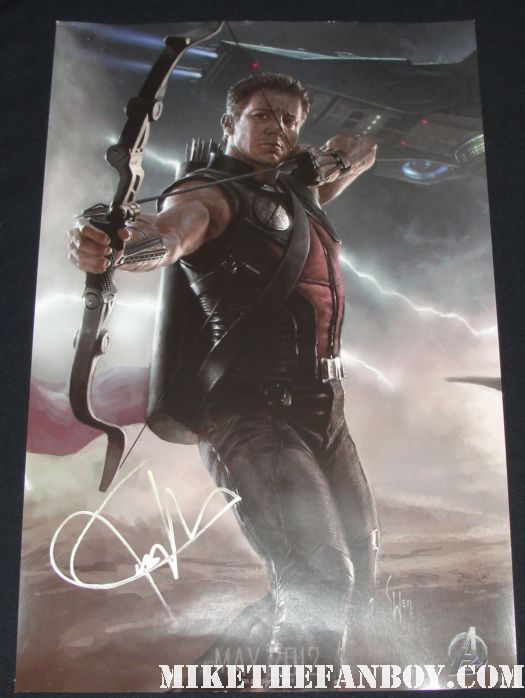 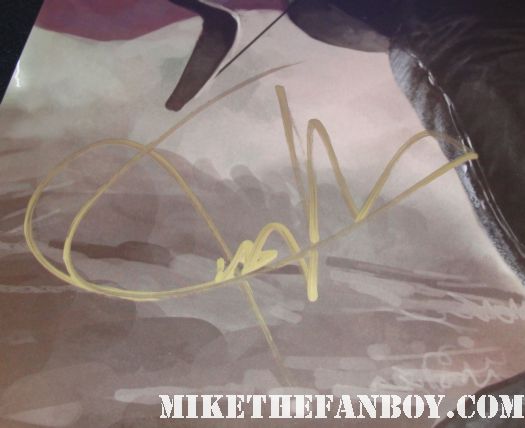