When it comes to comedy, there is no other series on television today like Modern Family. Winner of the best comedy series Emmy four times in a row, it’s clear that this is a well written show. However, it really does take a minute to realize how good Modern Family is. 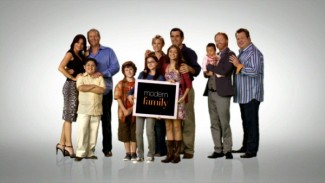 Being recorded by an unseen camera crew, three families have documented their lives. Jay, the patriarch of the family has married Gloria a stunning Columbia beauty who has a precocious son Manny. Phil and Claire are the typical middle American family with three kids. Finally, Cameron and Mitchell are a gay couple who have adopted a daughter. 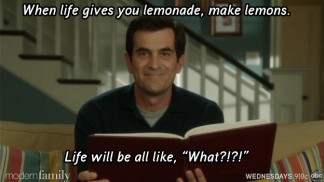 In season four there are a lot of things happening with each family. The most notable thing is that Gloria is pregnant which makes Jay look back at his parenting skills and how he’s influenced his children. Phil and Claire deal with a slight health scare, when Claire has a heart issue. Mitchell and Cameron are dealing with their daughter growing up and balancing their lives.

All of that doesn’t seem like a laugh riot, but that’s the beauty of Modern Family, it makes the day to day hysterical. The relationships between the characters are what makes the show so wonderful. It’s as if your not watching a show, you really are getting a glimpse into the life of these people.

In particular Julie Bowen as Claire is hysterical. She plays the OCD put upon mom to amazing effect. She has the best comic timing and can turn a simple line into a laugh riot. Equally amazing is Eric Stonestreet as Cameron, he is the most boisterous character in the bunch but he is so lovable. You literally wish you had an uncle Cameron to call when something happens.

The rest of the ensemble is equally awesome and they each add their own level of heart into their roles. These aren’t just characters in a show, you can see member of your own family in each and everyone of them. It makes the show so special and a rarity on television. 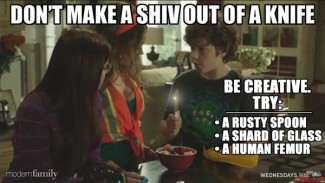 Modern Family season four arrives on blu-ray in a complete season set. The colors are crisp and vibrant and the sound quality is excellent. While family comedies are not the shows that really show off blu-ray as a format, in this case it’s a nice accompaniment to the series. 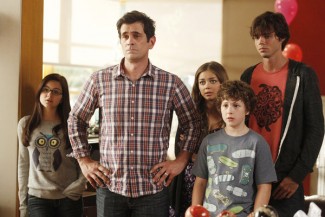 The special features include commentary tracks, a gag reel, and a featurette titled An Addition to the Family. It a great look at the addition of Gloria and Jay’s new baby. The best addition is the director’s cut of the season finale. It doesn’t change the episode any, however it’s great to see an extended version. 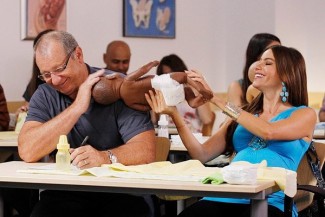 Overall, Modern Family is going to go down in history as one of the best comedy series to have ever been on television. Season four of the series is pitch perfect and will be an instant addition to any television lovers collection!

Modern Family season 4 is out now on blu-ray! 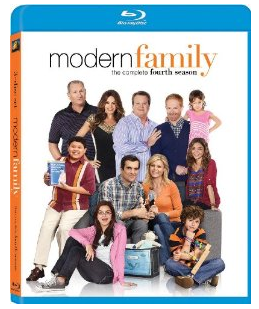