Counter-Strike Global Offensive is one of the most famous FPS eSports in the world and was released in August 2012. Since then it never fell short of popularity and the players realized their skills. Tournaments are happening all around the world and the best players are winning hundreds and thousands of dollars. Anybody can make fortune here but it is not one day’s work. Years’ hard work, patience, knowledge, and practice can help you to become one of the finest players of the game in the world. To enjoy this fortune one also has to sacrifice other brighter things of life, so dedication is the most important thing, not just for being a fine CS: GO player but in anything you do in life.

Oleksande ‘s1mple’ Kostyliev is probably among one of the most famous players of Counter-Strike Global Offensive currently. He is from Ukraine playing for Na’Vi. He has unbelievable skills; he shoots his targets without any mistakes and has great tactics as well as the understanding of the game. Though he still has a lot to achieve it’s a pleasure that he not only made into the greatest CS: GO players of all-time list with Patrik f0rest Lindberg and Filip ‘NEO’ Kubski in it but also top it.

Patrik f0rest Lindberg is another famous player who is from Sweden and is the second-best player in the world as he won in the major CS: GO tournaments like Dreamhack and ESL Katowice. He started playing from a tender age and cherished his first professional win in OptiHack when he was only 16 years old which gave him 730 Euros. Since then he never turned back as he became a member of the Swedish World eSports Games. The first win being the member fetched him 10,000 Euros as a cash prize. When he started playing for Fnatic his career took a giant leap. He has been playing with his Nip T-shirt on since 2013 and he plays for Ninjas now as a rifler and AWPer. His AWP Dragon Lore might be his favorite but nobody knows if it is true. 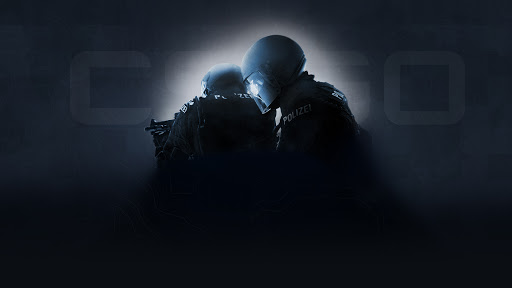 Filip ‘NEO’ Kubski along with his dear and professional friend Taz has around 18 years of professional experience in Counter-Strike. They have been part of teams together for quite a long time. Neo had joined a Polish World eSports team in 2009 when he had to part ways with Taz. Netcode Illuminati spotted his talent and offered him to join in 2013 which he readily accepted. He was unfortunately used as a stand-in for the ESEA final event of Counter-Strike 1.6. Later, he joined the Polish roster of Virtus.pro when he opted to play Counter Strike Global Offensive. When he was started playing CS: GO, Filip’s fortune took a u-turn and he started winning major tournaments like ESL Katowice in 2014, CEVO, and ESL ESEA Pro League finals. NEO has won many tournaments and deserves to be at the top of the list.

Marcelo ‘coldzera’ David has been at the top of the list for two consecutive years. In frag correlation, clutches, playoffs, international events he remained completely unbeaten and was the best player in terms of statistics also. He got his golden fortune after he won MLG Columbus 2016 and ESL Gaming Pro League season 3 with Luminosity Gaming. He achieved this feat during his first year of stay in this team. He won a famous round on the Mirage by taking 4 AWP frags which is when the world declared him as a legend. Marcelo is a much unpredictable player as he takes immense risks. He is not afraid of any player which is why he is considered to be in the top ten players of the world.

Seriousness in the Game

To make a career in counter Strike and become a top player and earn a lot of money you have to be very dedicated to the game. You have to forget all the fun, luxuries, other hobbies, etc and give as much as time possible to the game. Maintaining a relationship and doing a side job or business is also very difficult. The more you play the more skilled you will be and the more experienced you will be. Your aim will improve and you will be able to make more strategies and better strategies. You should know that it is not a one man’s game but a team’s game so the more you play with your team the more you will understand each other’s strengths and weaknesses and will be able to cover up each other during the tournament.

As it is commonly said, ‘Practice makes a man perfect’. The players should find a common time and practice the game every day. It should be taken seriously as a job, as the professionals say that CS should be practiced for about 6 to 7 hours a day which is practically a job time. Some teams even practice for 10 hours while getting ready for the big tournaments like DreamHack Winter, ESL Katowice, etc. Hence, the more time they offer to the game the better they become.

It is very important to make good team chemistry because CS is a team game and so all the team members should gel well in and off the game. If the team players do not like each other even the game will get the effect. The chemistry builds up if the team spends more time with each other in and off the game. There may be ego problems or two people who want to take up a single role for example of a rifler. In such cases, a strong team leader is required who will manage such situations and identify talents as well.

Learning of Skills and Tactics

It is very important to learn the tactics and skills to win this game. The more you play the more your skills will get home. One of the best ways to do so is by practicing with a better team. The more you practice with them the more you will learn from them. It will make you and your team much better.