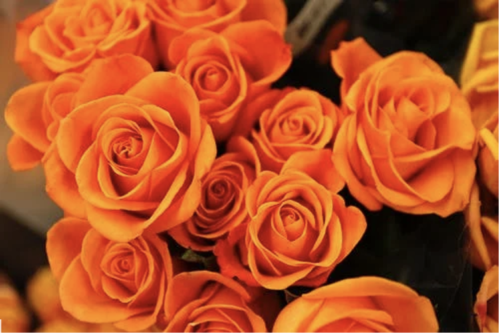 Nothing beats the power of flowers in expressing love, appreciation, care, sympathy, and every other emotion you might think of. Unsurprisingly, they’ve also been used in countless movie titles since anyone could remember. Some of these films have actually borne floral names in characters and titles, whereas most of them will feature colorful blossoms in various scenes, posters, intros, and even endings.

Let’s round-up below, some of the top movies showcasing flowers and what they symbolize.

Released in 2010, Alice in Wonderland is one of the top films featuring lots of flowers. Some of these include white roses, red roses, sunflowers, yellow daisies, and chrysanthemums, among others. An example of the symbolic meaning of flowers in this movie is where card gardeners, in fear of the Queen of Hearts, paint white roses red because they planted the wrong color. The symbolism here is escapism, trying to conceal who you are or what you did to dodge consequences.

If you’re a lover of classics, Oscar nominee Henry Mancini’s Sunflower can be worth your while. The emotional melodrama features renowned actress Sophia Loren who plays Giovanna, desperately searching for his missing husband Antonio after WWII.

After years of searching, Giovanna finally finds her husband, now a totally changed man. Their reunion is nothing short of epic and life-changing. Here, sunflowers are a symbol of loyalty, adoration, and happiness. Thanks to their association with the sun, these blossoms are considered a perfect gift for summer. It is easy to order sunflowers delivery online these days, plus they come in numerous floral arrangements to choose from.

3. Beauty and the Beast

In Disney’s classic animated film from the nineties, Beauty and the Beast, flowers are also used symbolically. The enchanted red rose to be specific, was used to symbolize hope for true love. The beast has to gain back the ability to love before the flower dies so his demonizing spell can be broken.

If you ask a big fan of The Hunger Games Trilogy, they’ll tell you one thing in common. Flowers appear multiple times, both physically and in the names of characters. Some examples include “Buttercup,” a name Primrose Everdeen gave her cat after the color of his coat. There are also dandelions, which became a symbol of hope for Katniss Everdeen when she saw Peeta near a field of dandelions after he saved her from starvation. Lastly, we have white roses, which spark Katniss’s memory of Peeta and a few other events that occurred throughout the series.

There’s no denying that since time immemorial, the rose has been a symbol of love, beauty, and warmness. In the 1999 big hit, American Beauty, roses are used to symbolize lust. One peculiar scene in this film is where Mena Suvari was covered in red rose petals instead of clothes.

If you love romantic films, watching Big Fish for the second time can be hard to resist. The 2003 movie mainly focuses on Edward Bloom, a hopeless romantic for love. Edward goes ahead and plants lots of yellow daffodils trying to woo her dream girl.

7. Memoirs of a Geisha

This is yet another film where flowers carry great meaning. In one of the popular scenes, Sayuri takes a stroll with a man she deeply loves but cannot be with. At one moment, they are standing under a cherry blossom tree as it showers pink petals around the entire place like snow. Despite symbolizing a time of renewal, the cherry blossom has tremendous cultural significance in Japan, and the video does a fantastic job of depicting this.

You can either love flowers or fall in love with them. They’re an everyday part of our lives, from our homes to our gardens, clothes, special occasions, and even our film screens. The above are just some of the many movies that have showcased flowers with symbolic meanings.