Back in the forever ago, in 2002, I was known as somewhat of an expert on “Tiger Beat Magazine.” I had a book deal that had me doing a ton of research on the subject of Teen Idols, including amassing a pretty impressive collection of the teen ‘zine. Because of this, I got involved with “A&E Biography,” and did a couple of on-camera expert interviews for them. One in particular I was asked to be on was one for ‘70s idol Robby Benson, because they were having a hard time getting him or any of his friends and family to participate. Sure, why not? I knew just enough about him to pull it off, and get a couple of good sound bites in the episode. Benson is best known to people my age for a series of younger-leading-man performances in movies like “Ode To Billy Joe” and “One On One” (which he wrote), though the younger set will probably recognize him as the voice of Beast in Disney’s “Beauty And The Beast.” 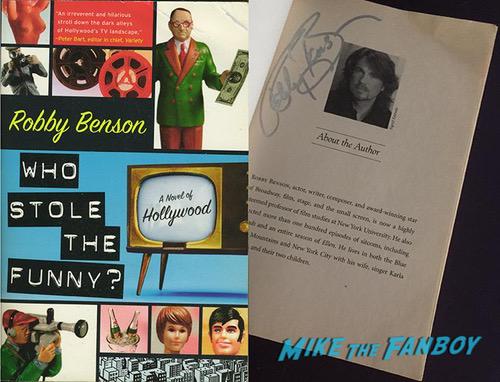 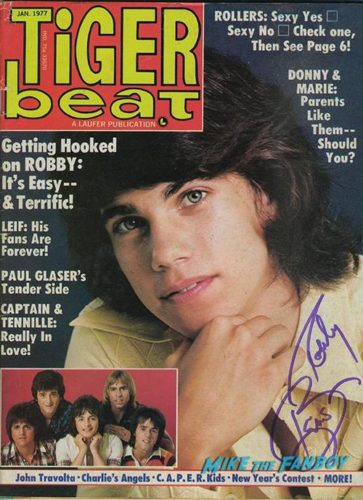 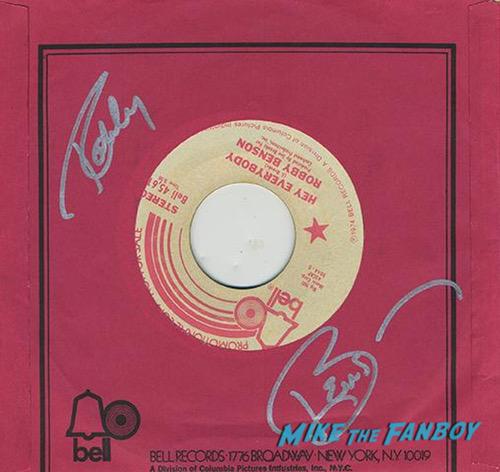 5 years later, Robby turned up at a local book store promoting his new book “Who Stole the Funny?” which was a fictionalized account of his experience as a director of the TV show “Friends.” I didn’t tell him that I had appeared on the “Biography” episode since he himself had refused to participate, though I was overjoyed (but not surprised) to discover what fun and friendly person he was in real life. I had brought an old copy of “Tiger Beat” with him as the sole cover boy, a copy of one of his records (yes, he had a few records and appeared on American Bandstand back in the ‘70s). He generously stuck around to chat and pose for pictures, and signed whatever people brought.

It was a good day, and I remain Facebook friends with Robby to this day, and always feel a warm joy when he sends me a birthday wish or likes one of my posts… *sigh* 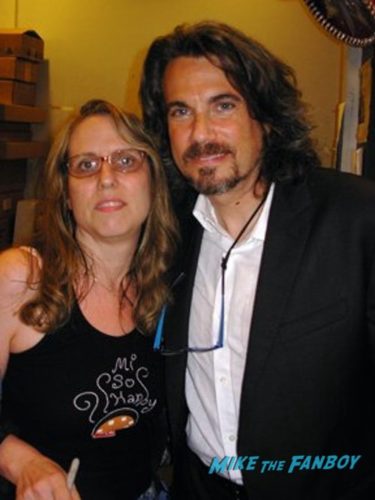