Summer ends, Fall begins. These days, it doesn’t signal much change, but forever ago, Fall represented the start of a new TV season. Way back when, the obsessive/compulsives like me would grab a copy of the Fall Preview issue of TV Guide and circle all the upcoming shows we intended to tune in to. For me, one of the most anticipated new shows was one that debuted in the Fall of 1970 called “The Partridge Family.” I vividly recall seeing the tv-preview advert with their Mondrian-inspired bus rolling down the Pacific Coast Highway. I was instantly intrigued.

Once The Partridge Family hit the must-see Friday Night Line up, pretty much every kid in town under the age of 13 was hooked. It wasn’t long before endless piles of memorabilia started flooding the market featuring the fictional family and its breakout, heartthrob star, David Cassidy. I started buying everything I could get my hands on, starting with their soundtrack LPs, gum cards and official PF Magazine published by Tiger Beat.

Years of intensive collecting led me to be a guest on Danny Bonaduce’s short-lived TV talk show in the early ‘90s, showing off some of my collected rarities. 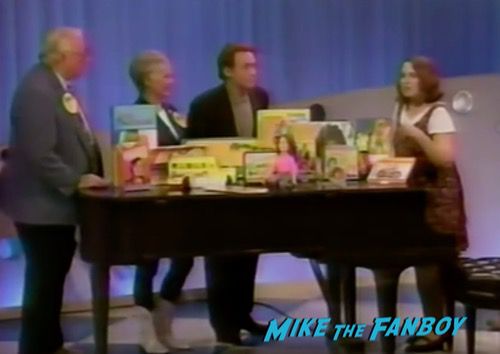 Other professional happenstance led me to meeting with various other members of the Family at various times, and to a working relationship with David Cassidy that spanned many years and projects. 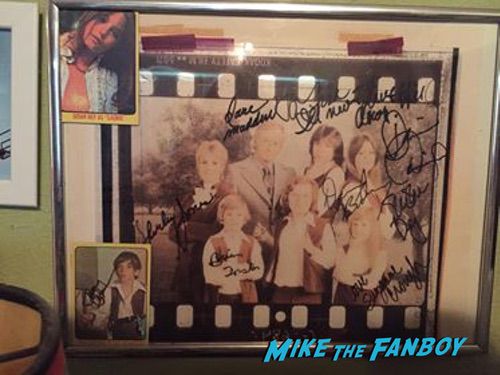 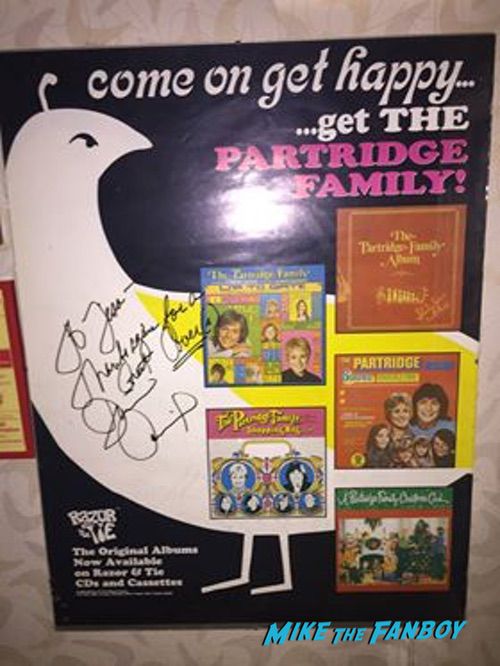 Because I had the opportunity to meet with the cast members at various times over the years, I was able to get several items signed, including my most prized possession: a cast photo signed by all the cast members. Although it saddens me that we’ve lost 3 of the pictured cast, a new Partridge Family inspired bus has turned up a few blocks from my house (in front of the new Google Headquarters) reminding me of the forever-ago musical cry to “C’mon, get Happy.” 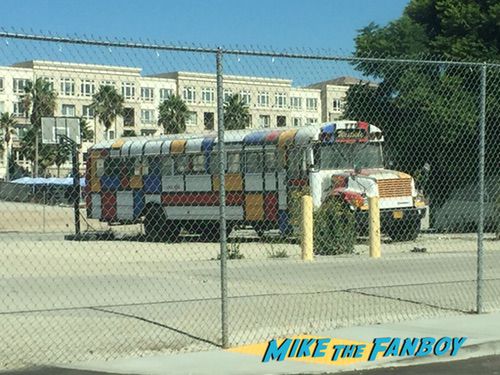