Forever ago, in the late 1970s, I was going to as many music shows as I could. It was a exciting time for music in Los Angeles, when you could see some now legendary bands in smaller venues. The Cramps were growing in popularity around here, and I went to see them a few times at the Whisky a Go Go, while anxiously awaiting they release of their first LP “Songs the Lord Taught Us” in spring of 1980.

Truthfully, I don’t remember much about it, but a friend and I heard they were doing a in-store appearance to promote their first LP when its was released. We headed over to what I remember as probably Pooh Bah Records in Pasadena to meet this ultra cool band. We were a little disappointed that Lux Interior and Ivy Rorschach were the only ones to show up (my friend was gaga for Brian Gregory) but it makes sense since the pair was the heart and soul of the band and the only 2 members that were in The Cramps for the duration. They also could not have been nicer.

The turn out was very small for the event, so my friend and I got some real quality time chatting with these two legendary performers. They had 8×10 promo photos they were signing. I got one signed for a friend who wasn’t able to join us, but I must have charmed them on some level, as they gave me one of their beautiful promotional posters and personalized to to me. These posters were always scarce and can bring astronomical prices these days, and mine is signed by Ivy and the now deceased Lux (rest his soul).

Almost 10 years later, I was working at Enigma Entertainment when they were signed to the label. They came in to do a promotional photo shoot in the cemetery that was outside my office window. When they did a tour of the company on that day, they stopped by the art department, where I proudly had the poster hanging on the wall behind my drafting board. They both remarked on how cool it was that I had it, making its one of those “full circle” moments that make collecting so fun. I went from a teenage fan to some who worked on their packaging, which was quite a remarkable feat for this fan girl. 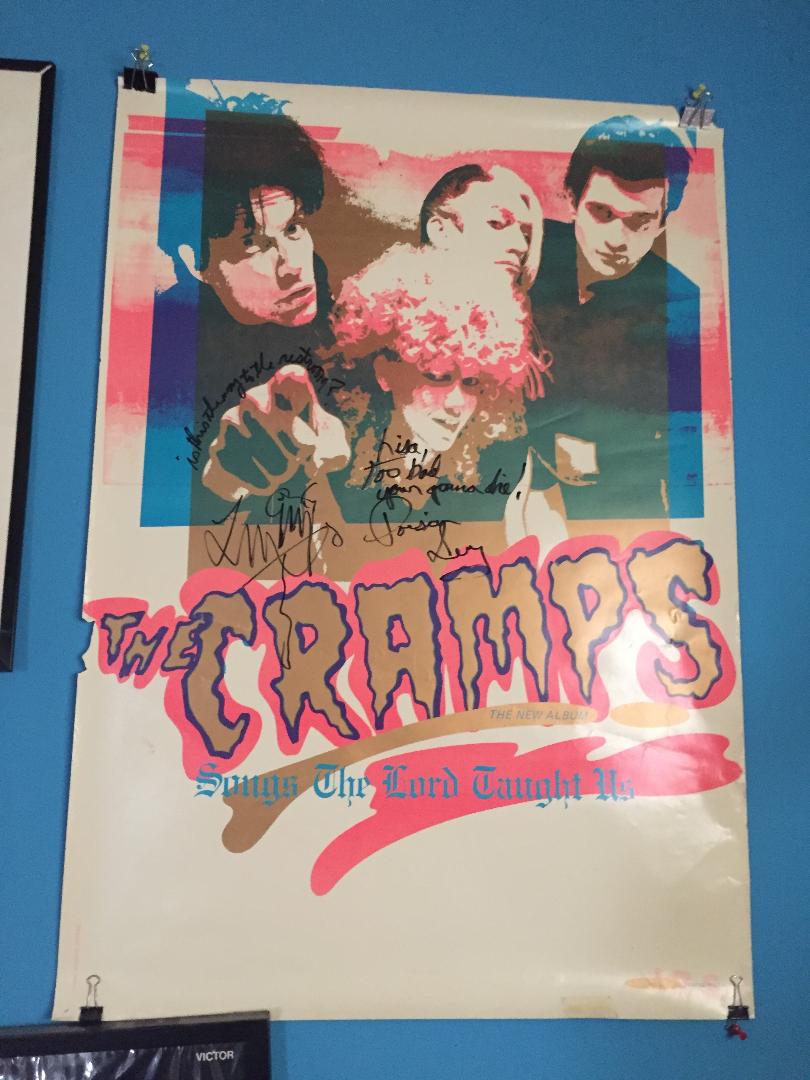