Happy Cruising with Gavin McLeod
I remember the first time I saw Gavin McLeod in person. It was more than forever ago, back in the ‘70s while “The Mary Tyler Moor Show” was still in production. I was with some friends at our local 31 Flavors. I didn’t notice what what he ordered, but I do recall I ordered a chocolate chip cone, and I got a scoop of pistachio instead, but  was too timid to complain. But that’s ok, since my disappointment was overshadowed by my celebrity sighting.
“The Mary Tyler Moore” show was a bit of an influence on my life. Although I started out like Rhoda “doing windows” I became a Producer, like Mary later, which led me to my next meeting with Gavin McLeod many years after the pistachio incident. I’d seen him at a Paley Center MTM event, but it wasn’t until the TV Academy tribute to Betty White that a I got my first signature from Gavin on the 4th season DVD along with the rest of the cast (only missed Ted Knight, who was long gone by then.) 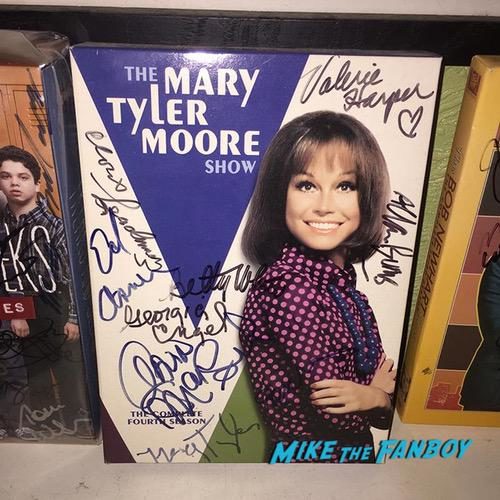 In 2007, while working on a talk show, I produced a segment with Gavin, who could not have been nicer. We weren’t supposed to get selfies on set, but after I got him to sign his make-up test polaroid (which I kept) I had him sign my Captain Stubing action figure that I brought along, which now has the inscription “To Lisa-You’re beautiful! Happy Cruising!.  I’m STILL blushing a decade later and forever grateful that he saw me as a Mary, and not a Rhoda. 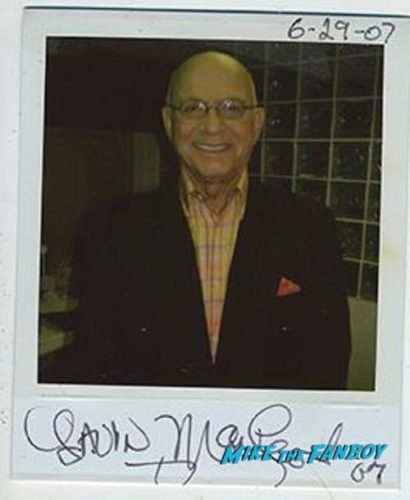 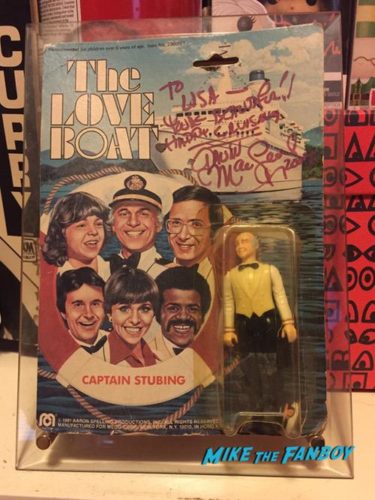