I had several John Travolta signing forever ago, starting with going to see “Welcome Back Kotter” being filmed in front of a live audience in its first season. My sister fell in love with the show early on, and sent away for tickets, getting us into episode 15, giving us a first-hand seat to a new phenomenon as the girls in the audience went bananas for Travolta when he came out to do his Barbarino dance between takes. A few years later, I saw Travolta randomly on Sunset Strip while filming a scene from the forthcoming and since forgotten film “Moment by Moment.” None of these sightings turned into opportunities for photo op or autograph, but it was before I had a grasp on how to get those things done.

Flash forward to 2016, where I would correct my missed opportunities of the 1970s. Travolta was appearing at a screening of “The People Vs OJ Simpson,” where I was able to get a stage-side selfie and a title card fro the show signed by the star (who also produced) along with several other cat members (not to self— the gold pen might not have been the most readable choice, but its definitely better than black would have been…). Not surprisingly, the sensational show won an Emmy for Travolta as the producer of the show, 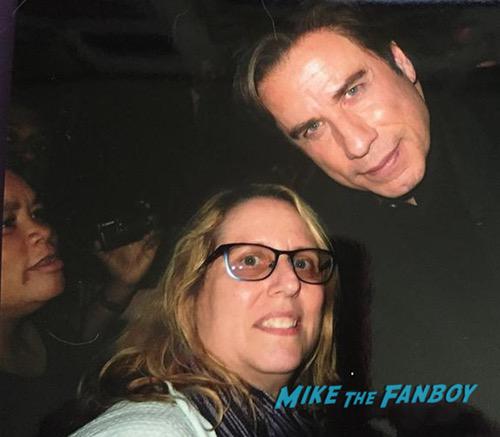 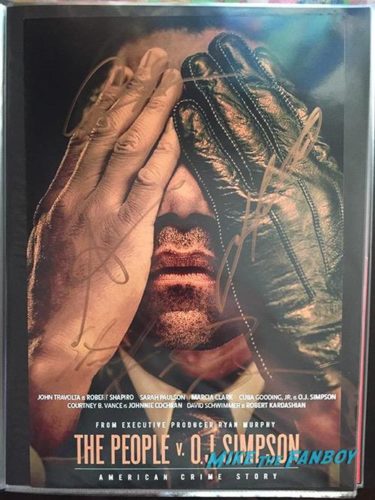 and I was in the right place to get a selfie with him as he left the Awards ceremony, Emmy in hand. 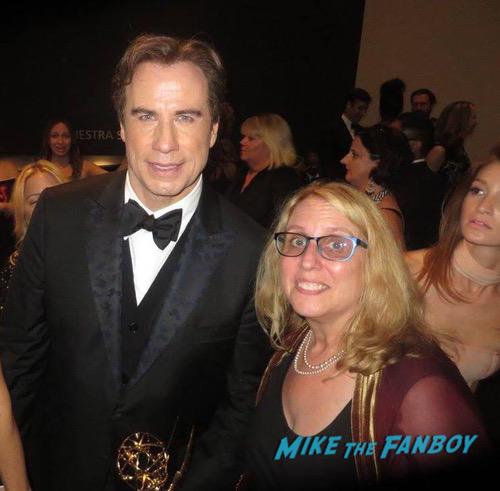 Although I have a lot of items I would love to have him sign, ranging from my Kotter Lunch Box to the JT Superstar Doll, I was able to get a couple seconds with him at a Grease tribute he appeared at, where I got him to sign my Danny Zuko Funko pop. 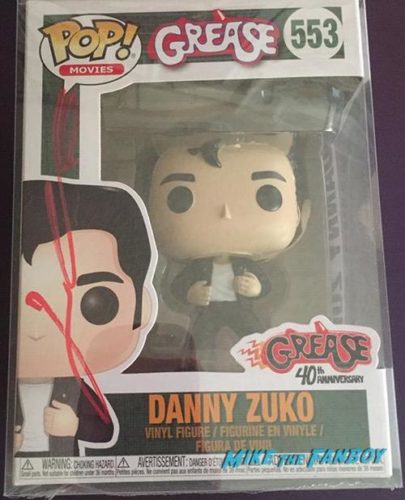