I’ll tell you, I’ve been a fan of Daniel Craig for a while. I know everyone knows him from James Bond 007 and such but I’ve really thought lately he’s making some awesome choices. I loved Girl With A Dragon Tattoo, and I thought he was really good in The Golden Compass.

Anyway, with Skyfall coming to theaters Daniel Craig is on the promotional trail and so Daniel is covering the November 2012 issue of British GQ magazine.

In the issue GQ talked with Roger Moore about the difference between him and Sean Connery as James Bond, his favorite Bond girl and more.

Check out Daniel’s cover and a peak at his photo shoot after the jump! 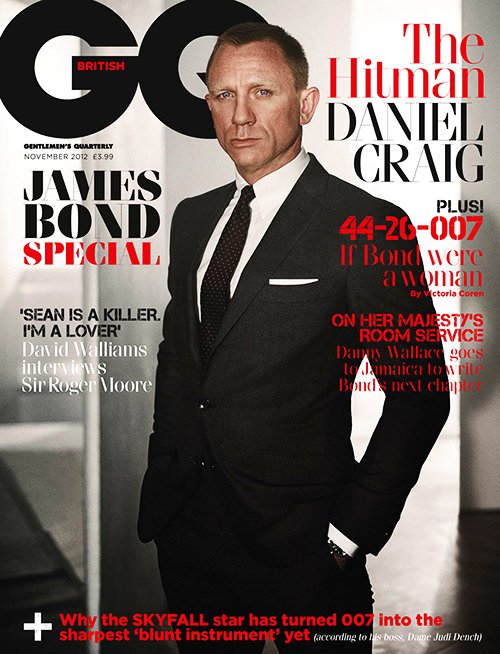 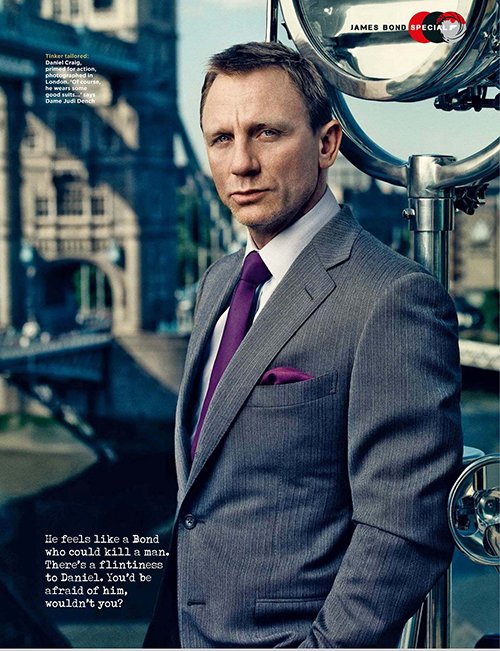