I live in the UK, and many years ago I found out – too late, unfortunately – that Nancy Allen was doing a convention over here. She’s one of my favourite actresses, ever since loving her performances in the Brian De Palma classics Carrie and Dressed to Kill, which I’d watched many times over the years, and so I was gutted to have missed the chance to meet her.

All I could hope that she would one day come back to England again, preferably London which is nearer Brighton where I live rather than Milton Keynes, but to no avail. And then in October 2019, I decided to tie in a holiday to New York City with a visit to Chiller in New Jersey, and as an added bonus, Nancy was suddenly booked as one of the guests!

I went on the Friday pre-show, and waited at Nancy’s table and was first in line, and when she came into the room to take her place, I was bowled over by his friendly and warm she was. We immediately started chatting, and I told her how I’d come from England, and she loved my accent!

We talked about her movies and the conversation flowed. She was so down fo earth, and asked me questions too, and she never gave me the impression that she wanted to rush so she could move on to other people in the line behind me.

She signed photos from Carrie and Dressed to Kill for me, and her inscriptions were amazing. She looked and sounded just like she did years ago, and I had to tell her how lovely she looks. It’s impossible to believe this woman is going to be 70 in 2020, she looks decades younger!

I asked if it was okay to have some photos taken together, and she happily obliged. Then I asked her if she would take a selfie with my phone, and she joked she hoped British phones were the same as American ones! And she took some great selfies – I got such a kick knowing it was she who took them! 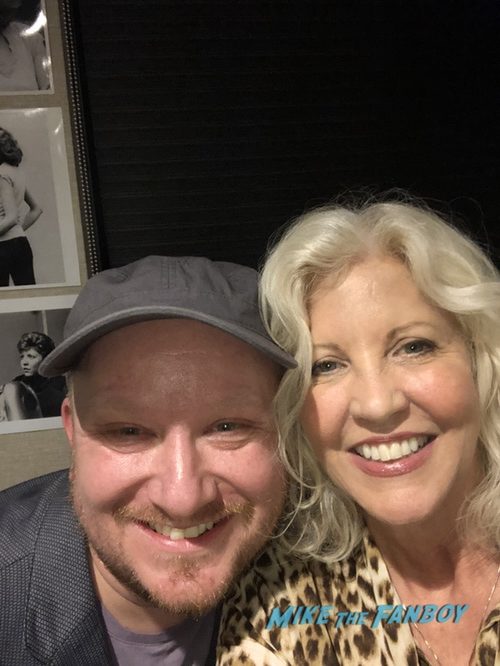 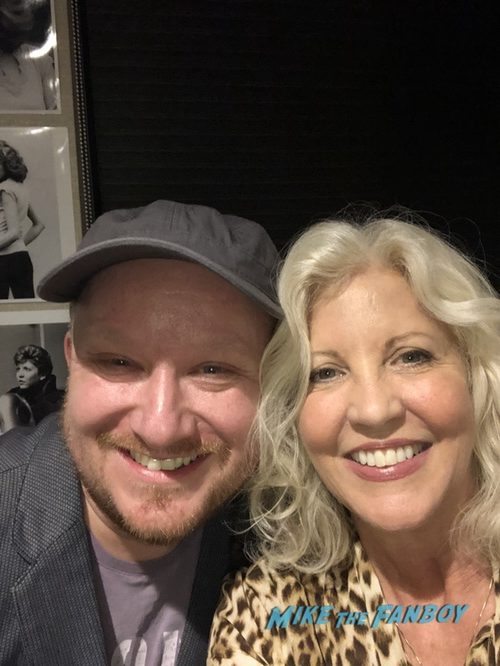 We said our goodbyes after that, and had a hug, and she was so lovely, and asked me to stop by her table again that night to chat some more. And as I left, she said to the next person, “How sweet was that guy?” about me! And yes, that warmed my heart.

Later that evening I met her again, to have a professional photo taken – and once again, she was charming and kind. 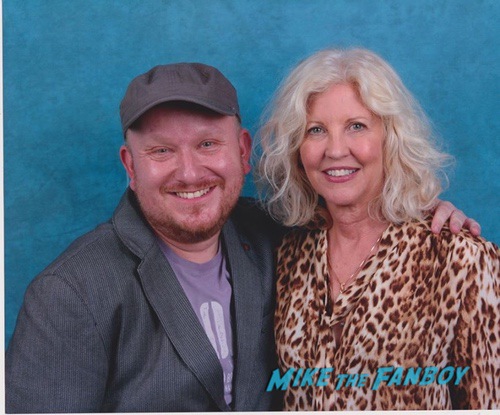