OK, so we didn’t get an exact date on when Droutlander will end, but Starz officially announced that Outlander’s second season will begin in April (to no one’s surprise).  Ergo, we have somewhere between 82 and 112 days to go. It’s a good thing we have some new clips and pictures from season 2!

At the semi-annual TCA press panels, Ron Moore, Diana Gabaldon, Caitriona Balfe and Sam Heughan came out to chat about the upcoming season which has a very different focus since they are trying to stop a war. (That’s all!).

Here’s a behind-the-scenes video that gives an overview of the season’s story:

There are also a few new images to tease the new season (baby bump!): 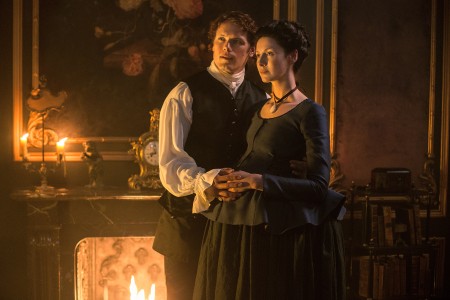 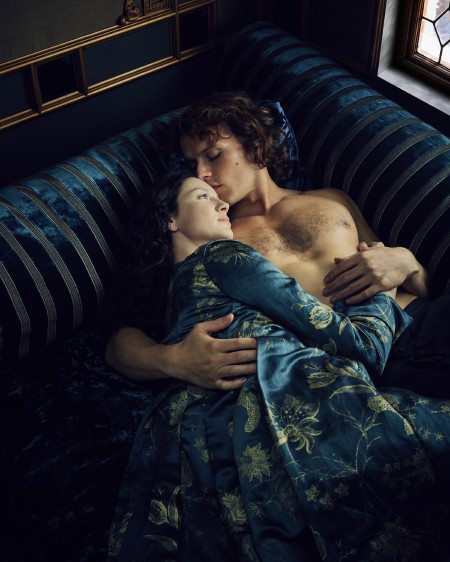 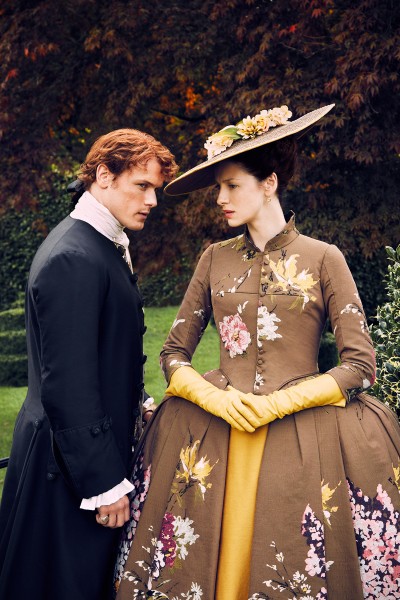 It’s interesting that they are not trying to blackout information on where the season ends (which is actually where the book, Dragonfly in Amber, begins). So non-book readers will have a challenge to stay unspoiled this season!  From tweets about the panel discussion, we will see some moments in the series that the book doesn’t dive into. Looks like book readers will get some nice surprises this season!