Today is the very definition of “I’m not putting much time into this.” One of my favorites, Ms. Nicole Kidman is doing a talk show appearance. Now, I heart Nicole, but she’s tough to get in person.

I’ve been very fortunate to meet Nicole when she was super nice, but since then, I’ve had a few fails. Scotty, is also a huge fan of Nicole Kidman’s and has never met the Moulin Rouge star.

He headed down with his one sheet, while I joined him later on in the day. I said to myself, I don’t think this is going to happen, but if it does… I’ll be reminded of it for the next four years. All I would hear is, “Why didn’t you go to…” 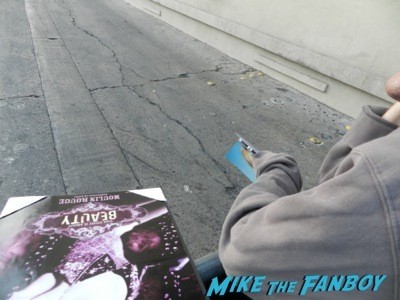 When I arrived there were only like 8 people waiting. Also on the show today is Dylan McDermott from The Practice and American Horror Story.

Apparently on the way in, Nicole waved, which gave Scotty hope. He said, “I think there’s a 25% chance that she might do it!” lol.

I have this awesome set of Moulin Rouge German lobby cards, I’m dying to get done. Sigh. What can you do right?

After about a half hour, out comes Nicole Kidman. 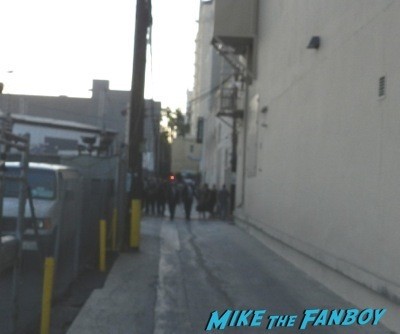 She waves and walks right towards the wall. Someone was right there and she signed an autograph for THEM, and then took off. 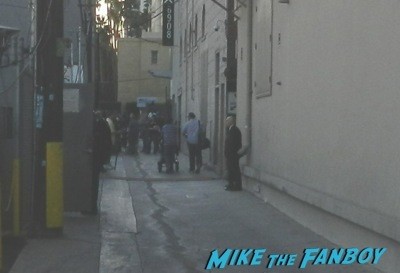 Doh… After that… Well… It was a bit of a bummer.

Dylan McDermott came out about 10 minutes later and I had an Entertainment Weekly magazine from 1998 for him. He was nice to come over but said, “Sorry, I can’t do it for everyone.” 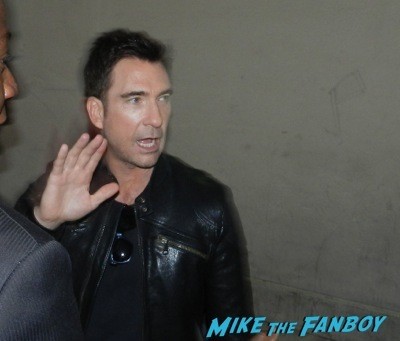 He then did a few photos and signed my magazine and one other thing for another guy and then took off. 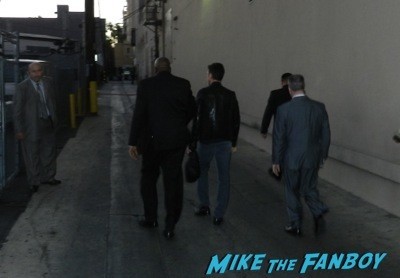 It was kind of odd, but he was cool to come over. I think everyone got someone except a few people.

And that, as we say is that. Like I said, I wasn’t going to put much time into this one. 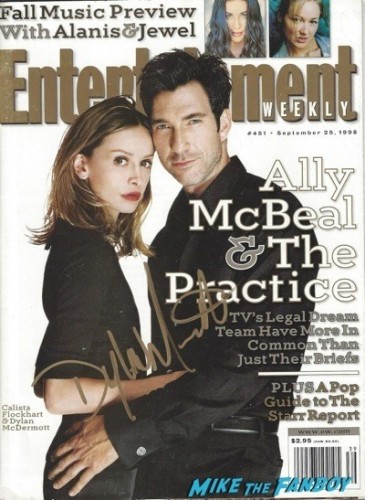