Home / NEWS / Patrick Stewart Dishes On X-Men! Who Will Be In Apocalypse? A New Solo Wolverine Team Up? And More!

How can you not love Patrick Stewart?

while doing interviews for his new film Match, Patrick Stewart talked to The Oregonian about the future of X-Men.

Patrick Stewart confirmed reports that he will not be in X-Men: Apocalypse but said that Ian McKellen would. “Magneto, Ian McKellen, is certainly going to be in it.”

However, Patrick Stewart was very excited about a possible team up with Hugh Jackman for the new Wolverine film.

“What I’m very excited about is that we have been talking about a Wolverine movie, which would team Hugh Jackman and myself together, Wolverine and Professor Xavier. That would be a very different sort of X-Men from the four movies that I’ve already done.” 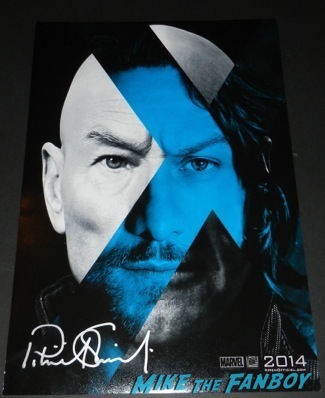 I think that could be really cool, if the two of them team up. I think it would also be a fun way to put some spark into a solo Wolverine film as well.