Scotty is a huge fan of New Order! Huge! and when he heard that Peter Hook was doing a concert in Hollywood, he ran down there with his New Order albums in hand.

New Order was one of the seminal bands of the 1980s and 1990s. I can’t even tell you how many of their songs I’ve fallen in love with over the years. Bizarre Love Triangle alone is a huge part of the soundtrack of my life!

Check out Scotty’s Super Short Sunday after the jump!

I never thought I would ever meet New Order. They are one of the greatest bands of all time in my book. Earlier this year, I completed two albums after Peter Hook’s book signing. Then to my surprise, New Order made a talk show appearance in April, and I was able to get Bernard, Gillian, and Stephen to sign for me again.

I was on the look out for Peter to make his return to L.A. This past Saturday, Peter brought his band back to L.A. Peter Hook and the Light played in Hollywood and I was able to get him to finish my albums. He was incredibly friendly. I was shaking as I asked him to sign my albums. These albums mean a lot to me, especially my 7” single for “Ceremony.” 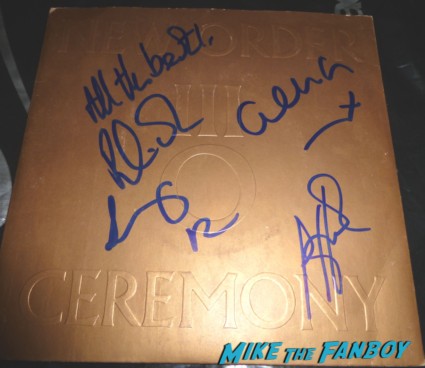 Unfortunately, I was so excited that I forgot to ask for a photo. Oh well, the memory will live on in my head. Thank you Peter for bringing light to my day! 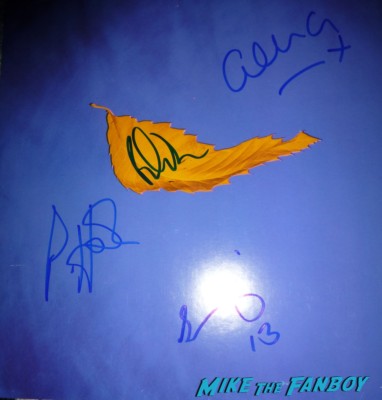 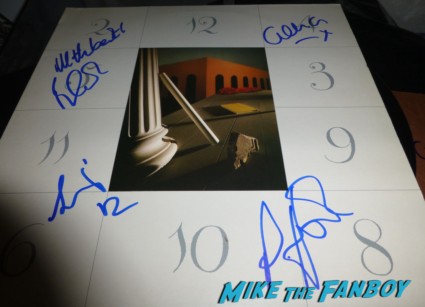 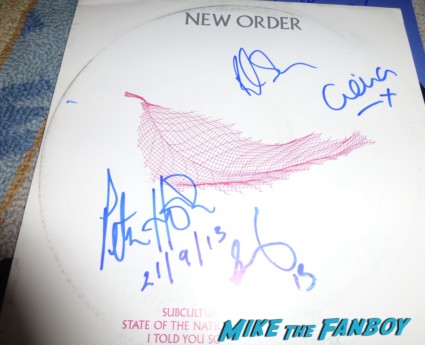