Today Pinky is sharing her love and how it came to be. Interestingly enough it really has nothing to do with True Blood as a series… Even I didn’t know that! Wha!

It’s surely a fascinating adventure, even more fascinating however are ALL the pictures she has with Sam… I find it curious that Pinky didn’t mention her Sam Trammell wall… Hmmmmm… 😉

Check out Pinky’s full story after the jump!

Hello, my lovelies. Pinky Lovejoy here to talk about my undying adoration and appreciation for Sam Trammell from True Blood. It seems like only yesterday that I didn’t know who he was….oh, wait. That’s right. It practically was.

You see, I moved back to California about a year and a half ago. Shortly after arriving I was at a talk show to hopefully meet one of the guests on the show. In addition whoever I was waiting for (obviously not very memorable) , Sam Trammell was also on the program that day. I remember there being so many people waiting for him armed with their True Blood stuff and hoping to meet him. While I watched the show, I hadn’t yet met anyone from the cast, so I wasn’t that interested in meeting him. It’s a good thing I wasn’t because apparently he ended “stiffing” the waiting fans and not coming over at all! Flash forward to a few months later and I saw him at a pre-Emmy awards party. Before he left I was able to get a picture with him – our very first one – and I found him to be super nice. Nothing out of the ordinary, but cool nonetheless. 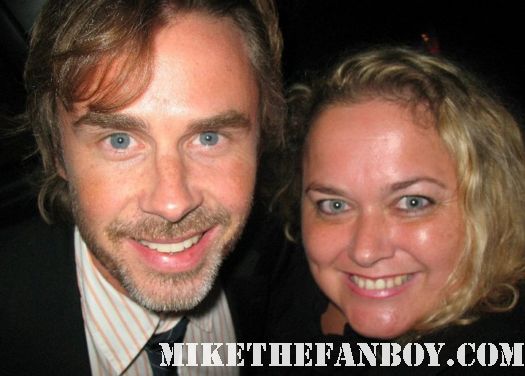 Two days later I saw Sam again at a post-Emmy party. It was 4 in the morning and he was in very good spirits. Even at 4 a.m. the collectors are crazed and there were about 20 people yelling to get his autograph. He calmly stood there and was like, “Hi, guys! How are you?” He happily chatted and took pictures with people – that’s when we got our second picture. 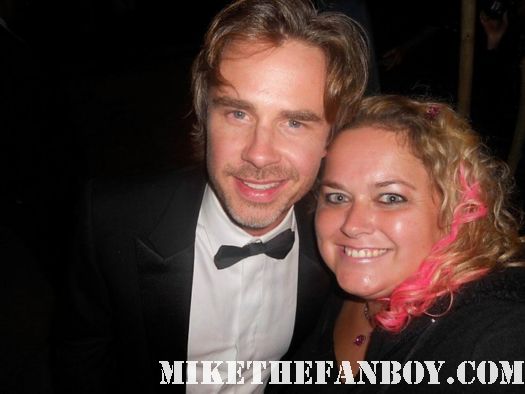 And I’m not sure what happened that night, but watching him react to the collectors triggered something in me. I had to get his autograph. I’m not usually one for autographs, but I was suddenly possessed with a need for this man’s signature. He was very cool about signing an index card in pink ink for me and just really fun to be around. And suddenly, a crush was born. 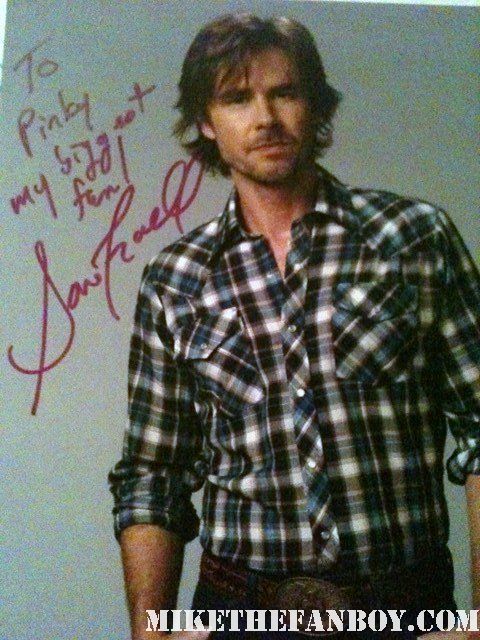 A few weeks later, I saw him again at a charity event in Malibu and we ended up chatting a bit more. 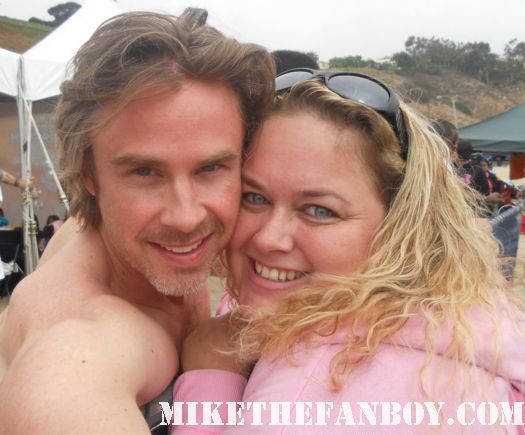 I think that’s when he first learned my name (which he now calls out when he sees me…not to brag or anything). Sam is incredibly fan friendly and outgoing. I’m not sure what happened that first day at the talk show – when I asked him about it later he said he didn’t know he was supposed to come over (hopefully he won’t make that mistake again). After Malibu, my crush was in full force and I made sure to go out for him anytime I saw his name on a list. I once even spotted him from a few blocks away from the back of his head – Erica will confirm the amazing eye I had that night. I’ve met his awesome girlfriend, Missy, 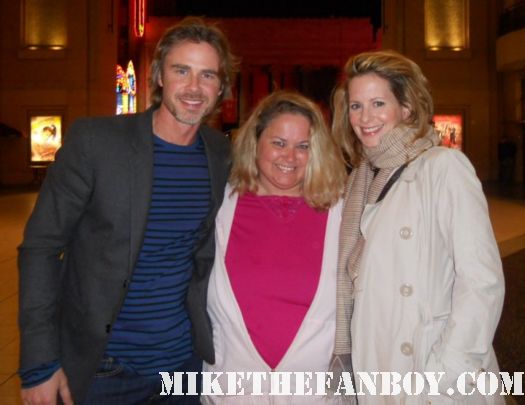 and crocheted blankets for their twin boys. What can I say? I’m a fan. 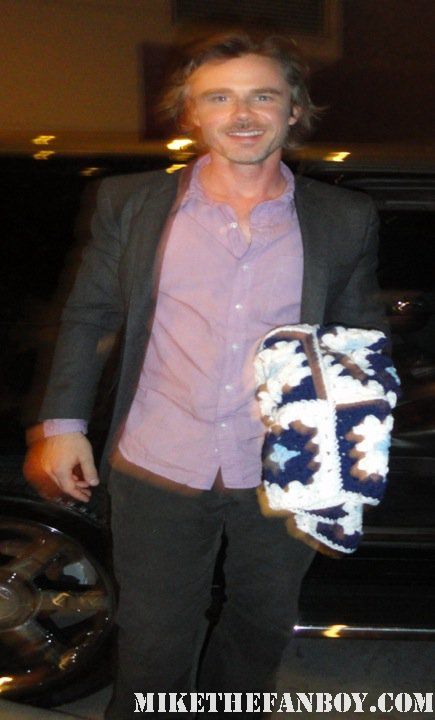 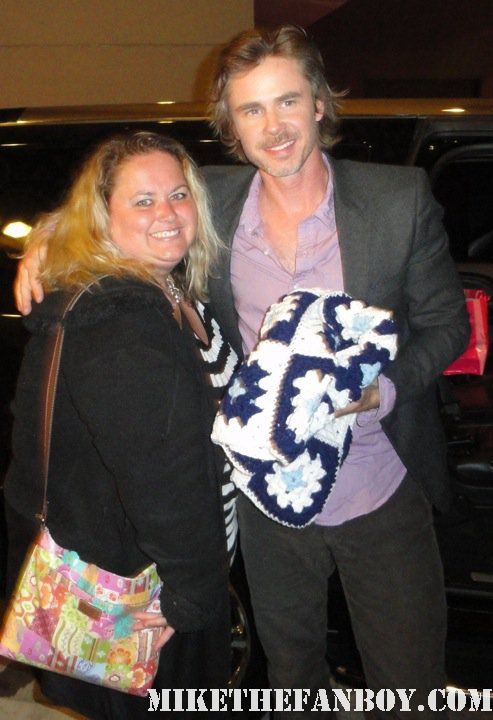 In fact, Sam calls me his biggest fan – check out his latest autograph. Notice the love part? 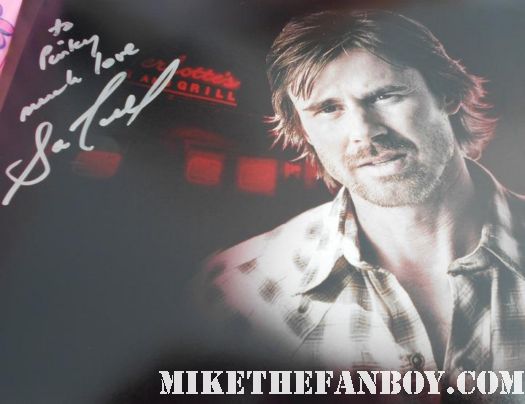 I’ve seen him at True Blood functions, movie premieres, charity events, Malibu, the Scream Awards, and fancy parties.. He always takes time to greet me and seems genuinely entertained by my little crush. He wasn’t even scared off by my naming my dog after him – now that’s a real man. Sam Trammell is a great actor, a fantastic guitar player, an awesome surfer, and an all-around fabulous guy. Sure, it might be my crush talking, but he really is cool. Ask anyone. 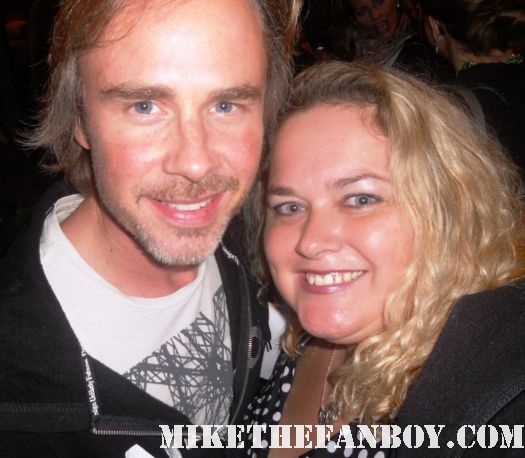 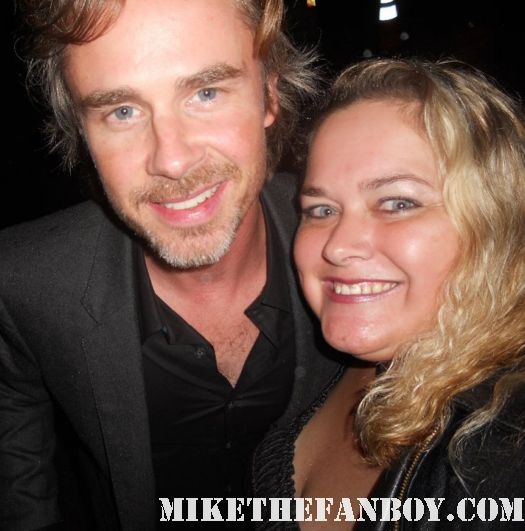 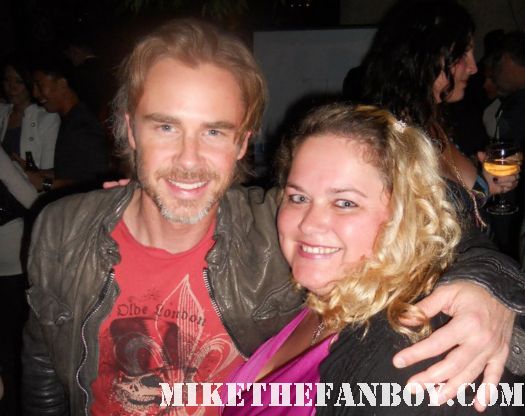 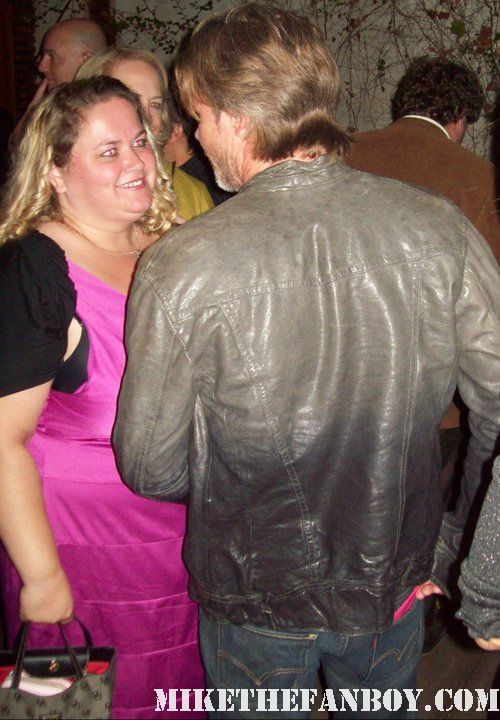 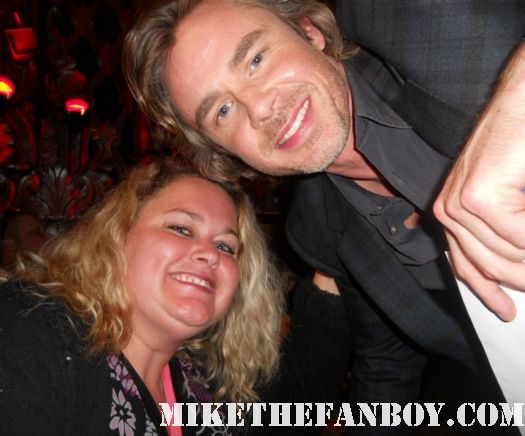 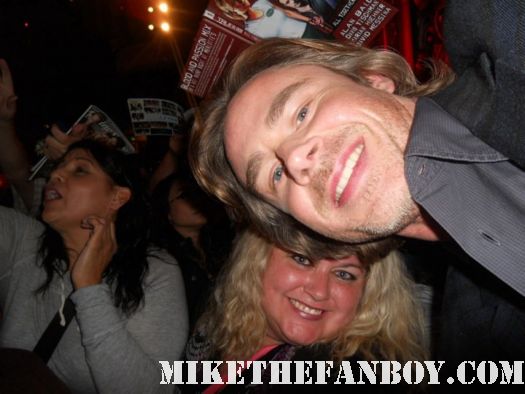 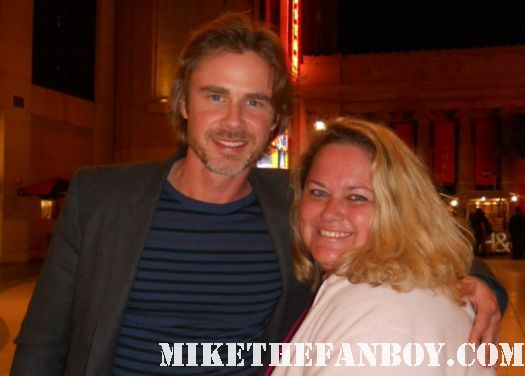 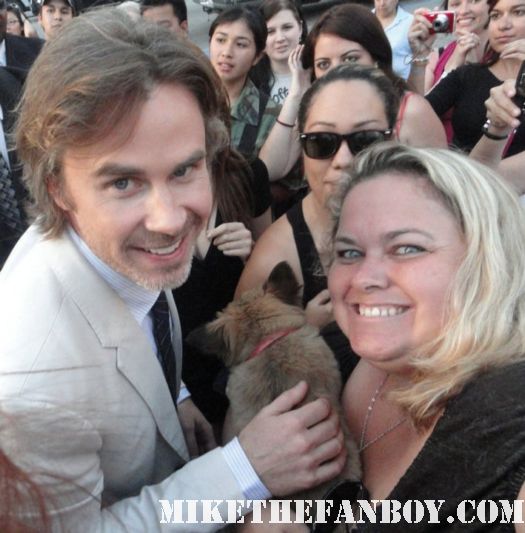 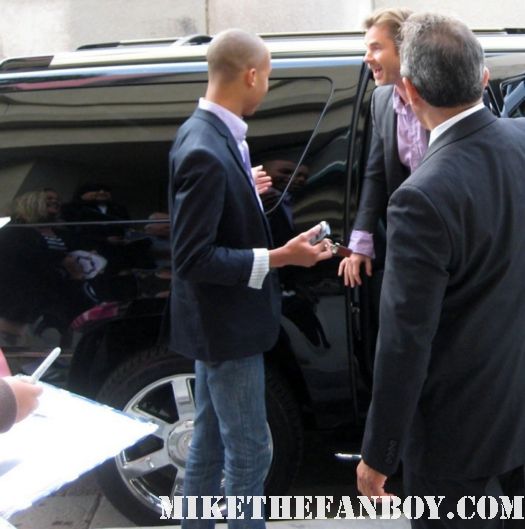 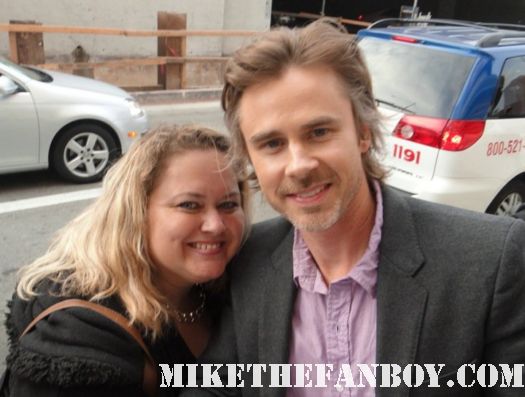 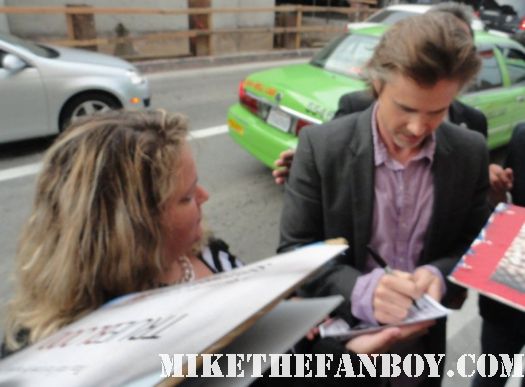 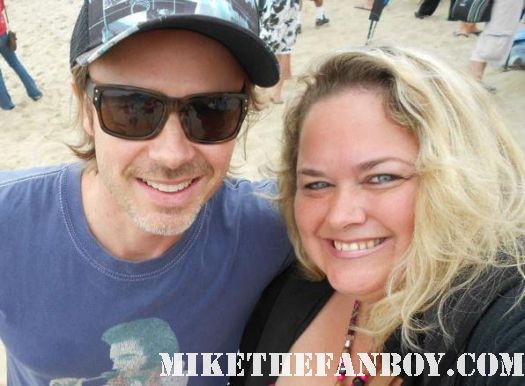 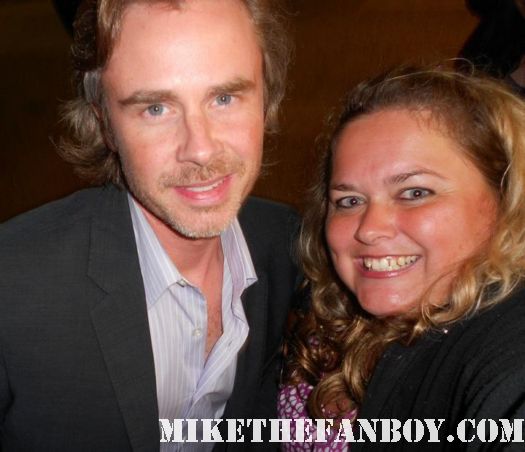