Now, I freely admit I am not a sports fan… What! I know it’s shocking… I did play hockey for a bit and was pretty damn good at it. I mean I suppose it’s in the Canadian genes… anyway, Awesome Anushika is a sports fan and she had the wonderful opportunity to meet none other than Mr. Ron Artest!

Ron Artest is one of the defender’s for the Los Angeles Lakers and I take it a pretty tall dude. God, Anushika must be like four apples high compared to him!

As a side note, I love it when Anushika writes in with a report! I love it! LOVE IT!

So, I will not babble! Take it away darling!

4.10pm: I arrive thinking that I’m running late and was expecting to be behind a big crowd, but I was pleasantly surprised to see one guy waiting lol… Yay! =D
5.15pm: Wow! It’s still just the two of us.

5.30pm: The Line grew to 5 people. Since Ron was really nice at the premiere, I had high hopes. So I was wishing for the best. We got word that they were taping two shows with two sets of audience. A bit strange, but we continue to wait.

5.45pm: They started setting up tables….oh NO!!! They are letting the audience leave through the back doors. This can’t be good for us… 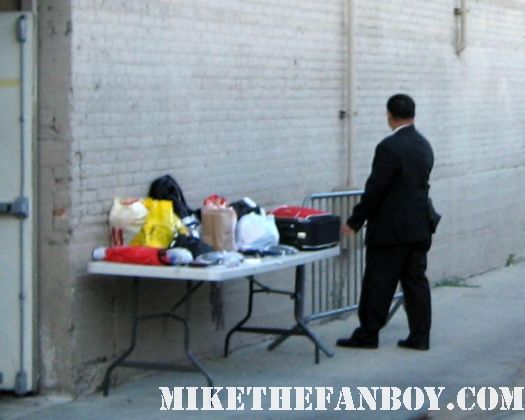 6.20pm: Two Escalades pull up to the door……Katie Couric gets out and no one reacts to her arrival. Seems like everyone is waiting for Ron! =)

7:10pm: The audience started leaving through the back door. Keeping my fingers crossed….Yay! Everyone leaves and it’s just our little group again.

7.45pm: We see security moving…..it’s RON!!!!!!! =D OMG!!!! We all start chanting his name. Seems like he wanted to come over, but then he yelled out saying that he will come over after the show….We all continue to wait, but with more Excitement!!!

8.00pm: Time passes by pretty quick since there’s good company. I’m actually having fun and the weather is just lovely…

8.30pm: Now we have a couple Paps in line, but still a good small group.

8.50pm: They are letting the 2nd set of audience through the back door. A bit nervous. Do NOT want to Miss Ron! A few audience members lingers around….probably figured out who we are waiting for….Dammit! lol…

9.00pm: Security clears out the tables and started setting barricades in front of us. Woot! Woot! I Love barricades! =D

9.10pm: Ron comes out and we started calling him over. He started walking towards us without any hesitation. 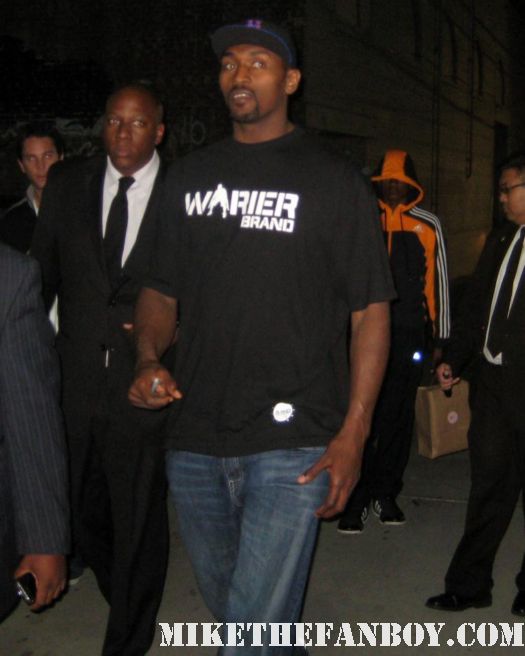 Love when they honor their word. I felt like one of the Whos in front this 6ft.7in giant! lol…. 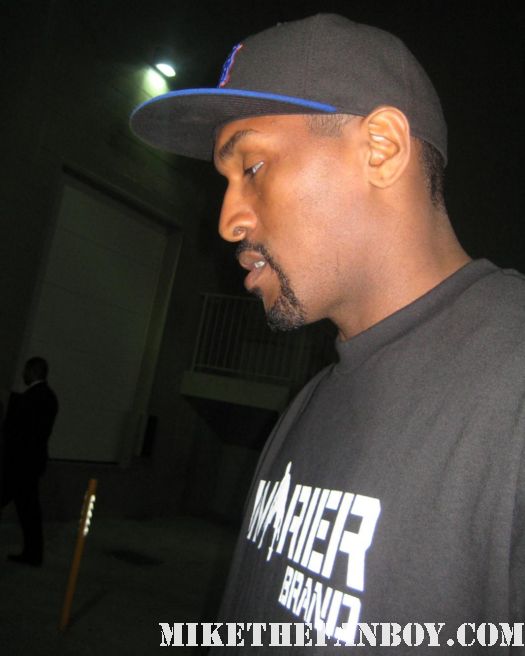 9.15pm: He goes down the line signing for everyone and even taking a few pics with fans and gave out a couple Warier Brand Shirts. 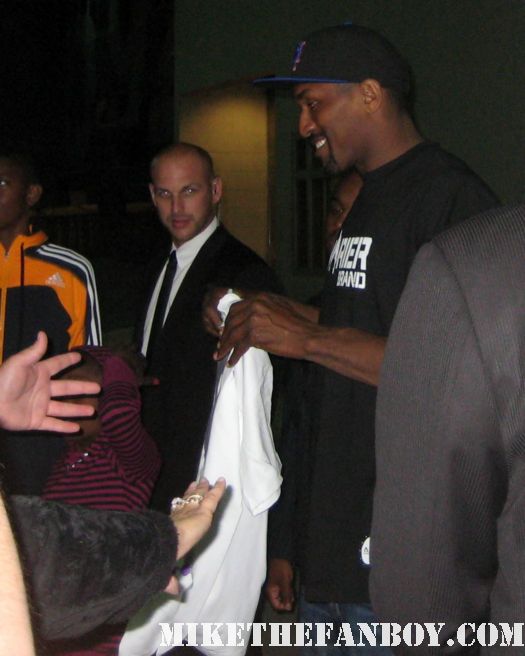 He was a complete Sweetheart! ^_^ He was definitely The Lovable Badass! 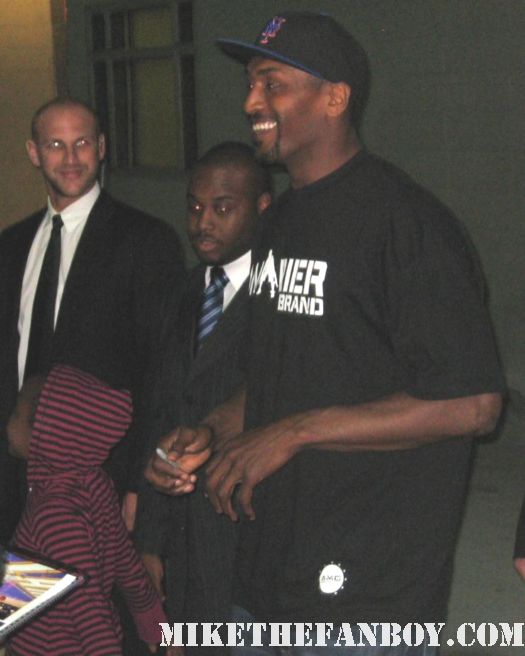 I was SOOOO Psyched when I saw him sign my book with #37 on it. 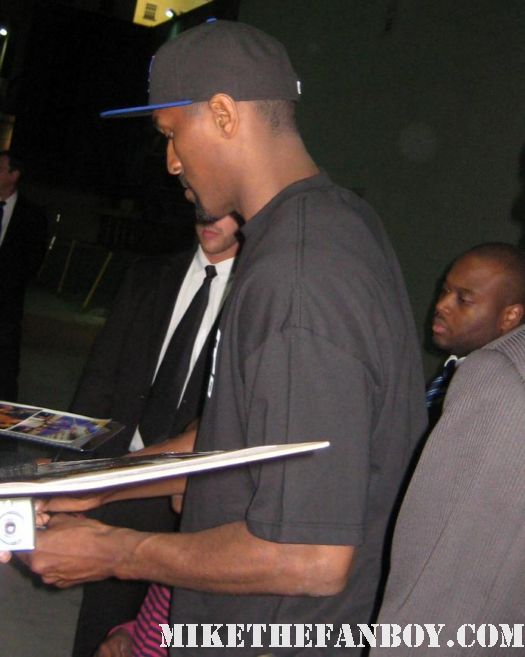 Even though Ron is #15 right now, he TOTALLY owns #37 as a Player and a fellow Michael Jackson Fan. I mean he WON the First Championship with the Lakers that Year!!!! =D I walked away a Bigger Fan of Ron Artest!!! I say Mission Accomplished…. 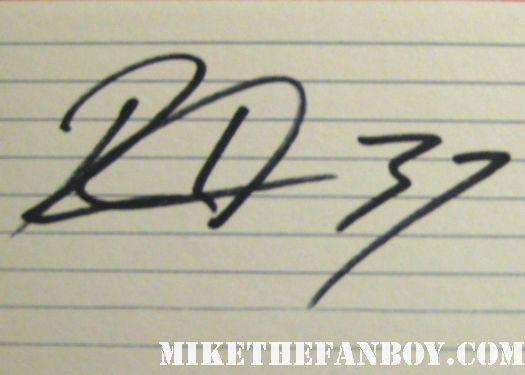