Pinky is back with a vengeance kids! Oh that Pinky, she freezes her tookas off in the cold chilly tundra of Utah at Sundance and then gets back and gets freaking Brad Pitt! Okay, well maybe this was before she left, after she left, who cares… It’s freaking Brad! and he doesn’t have super horrible facial hair. Just slightly bad facial hair. That’s a huge plus!

For this weeks Pretty In Pinky the Pinkster tells all about her time with Mr. Brad Pitt… Swoon!

Hello, my lovelies. Pinky Lovejoy here (still recovering from Sundance) to talk about finally (!) meeting one of my faves. You see, before I left for Sundance I received a tip that none other than Brad Pitt would be doing a Q&A in LA. Although I was scheduled to leave that day, I delayed my entire trip just for the chance to try and meet him. It was a gamble, but it paid off in spades! 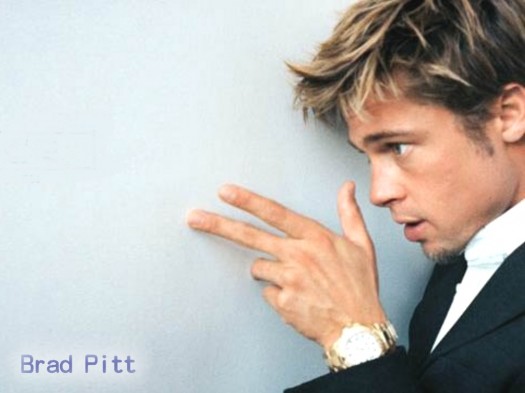 I arrived to the building to find quite a few collectors and photographers there. You could see that the people associated with the event were getting annoyed because they kept saying, “He’s not going to stop. He’s going right in.” OK. I mean, I’m sure that might’ve been true if Brad weren’t such an awesome guy. But both he and Angelina are incredibly fan friendly – I’ve seen them sign entire lines at premieres and they always try to accommodate fans. 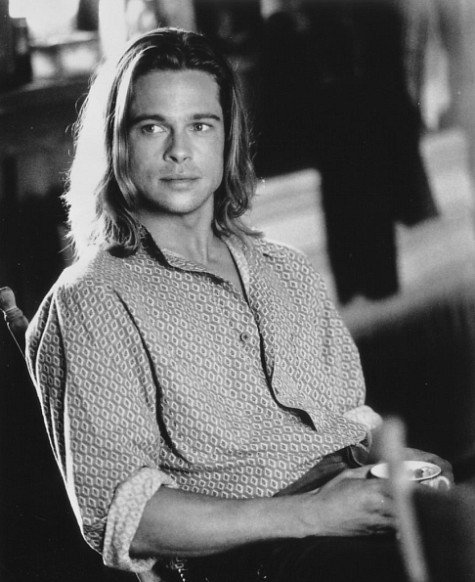 True to form, when Brad’s car pulled up, the event planners rushed the car and tried to usher him in. His response? “It’s OK, I can do it.” Of course, by then a flurry of people were surrounding him – I started to worry that maybe my picture wasn’t going to happen. Brad was also using a cane, so he was moving a bit slower. 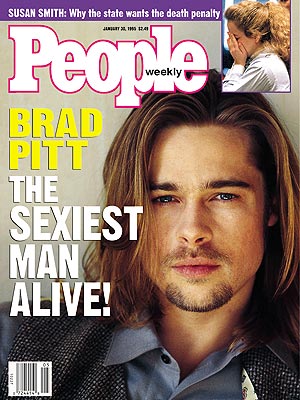 As he signed and signed, my friend asked him if we could get a pic. He said yes, but continued signing. She got her pic and then asked again if he could turn around for me and he happily did. Hooray!! 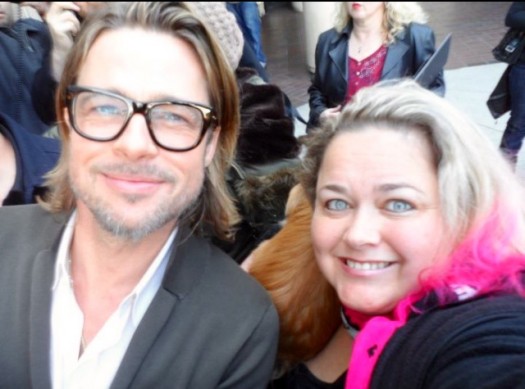 I’ve wanted to meet Brad Pitt since I first saw him on Thelma and Louise – and especially after Legends of the Fall. Hello, have you ever seen anyone looking as fine as Brad was in that film? I think not. Looks like I’ve already got my next Christmas card! Wahoo! For additional pink fodder, please visit www.pinkylovejoy.com. As always, have a pink day! 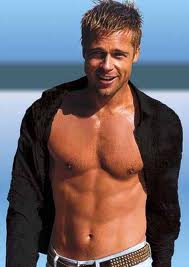