Welcome back to Billy Beer’s Barstool. Who? Is this a new writer for Mike? Doesn’t he just take really bad pictures and that’s it. Yeah, well I guess I have to write articles again for Mike so I can go to all his Emmy Consideration Parties. Oh wait, that’s only if 20 people in front of me don’t want to go! Well, I guess when you write as many articles like Ace, you get to go to everything. Wait, Ace doesn’t write articles anymore either? Hmmmm. Well enjoy my dated article that will make Mike Happy.

I have been working on a Parks and Rec cast piece for about 3 years. Actually for the last year all I’ve needed was Rashida Jones to finish it. When I got the second to last person Retta, she asked who I had left? When I told her all I needed now was Rashida, she said, and I quote “Good Luck With That!”. She wasn’t kidding. I have always had the worst luck with her. So when I found out they were doing a Q & A for Angie Tribeca at the Paley Center, I figured this was FINALLY my chance. The only thing I was worried about was them rushing the cast off the stage too fast which has been happening a lot lately.

I got there as early as I could driving up from Oceanside. When I walked into theatre they said they had one spot in the front row if that was alright. Um, Yes Please! I had never watched the show, so I was pleasantly surprised how funny it was. The way they described it was the Naked Gun meets Adult Swim. Quite an accurate assessment. When the episode was over, we had the usual Q & A. No big reveals or surprises, just your average questions with typical responses. Let’s be honest, we know why I was there. Again, THREE YEARS I’ve been waiting to finish this cast piece. 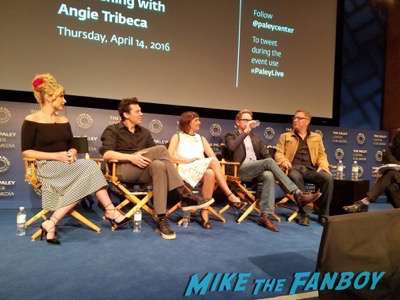 When they got to the final question, I was ready to run up, hoping they wouldn’t pull her away super-fast. Then all of a sudden they announced that now the cast will stick around to take pictures and sign autographs. WHAT!!! Is it really going to be this easy after years of suffering. Yup! The cast was super nice. I only had stuff for Rashida, I go up to her and tell her how long I’ve been working on the cast and she was the last one. To which I got a “here you go”. Not as climatic as I was hoping for, but what the hell, it was done. 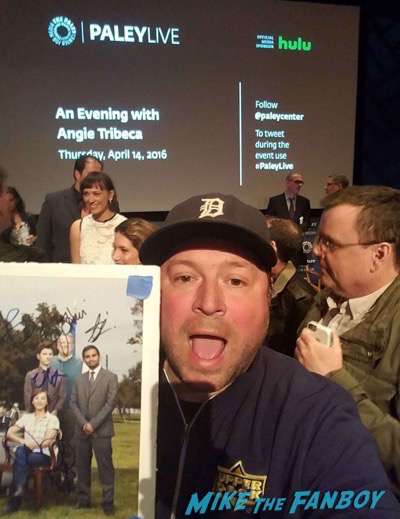 I got my second picture done after she called out someone for trying to get 3 of the same cast pieces done and finally got a photo-op too. 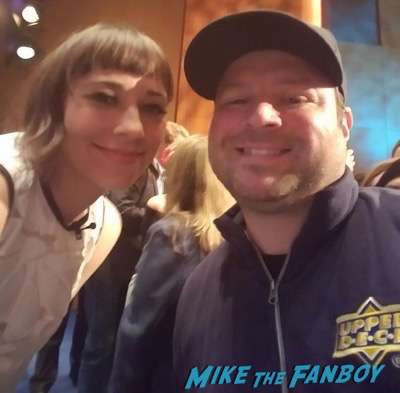 There you go Mike! An article! Now you can stop giving me shit. Although I’m sure this is going to be you posting my article. 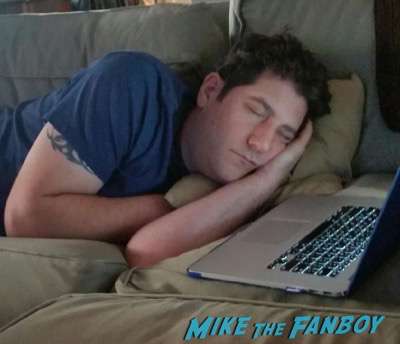 Mike The Fanboy slaving away at the computer, so tired that he falls asleep while working… Or reading Billy’s articles… No one really knows for sure.

Hopefully we’ll get to see it before Comic Con! Till next year…I mean next time people. It’s Happy Hour somewhere! 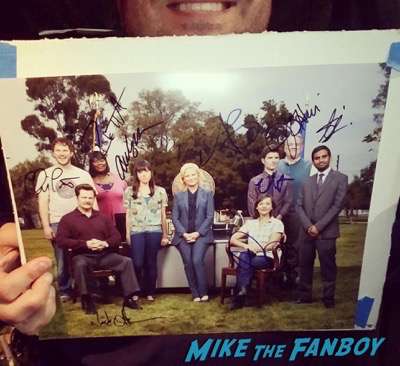