Home / Fanboying! • NEWS • Pretty In Pinky • RIP • Stars of the 1980's and 1990's / RIP James Gandolfini! Pinky Remembers The Sopranos Star And Everyone At MTF Mourns The Passing Of This Television Icon!

I didn’t know what to expect to be honest. He’s a bigger than life guy after all. James Gandolfini was so sweet and nice and just the most dear man.

I’m going to post the full report later but now Pinky wanted to write a remembrance of James Gandolfini.

Hello, my lovelies. Pinky Lovejoy here heartbroken over the far-too-soon passing of James Gandolfini (or Tony Soprano to most of us). At the young age of 51, James was an amazingly talented actor both in film and television. I had the pleasure and the privilege of meeting James several times over the past few years. The first time was at the 2009 Sundance Film Festival when James was promoting his film, “In The Loop.” The day we met I was wearing a rather bright ensemble (as I tend to do) and when I asked James for a picture, he said (in his best Tony Soprano voice), “Sweetheart, in that outfit you can get whatever you want.” 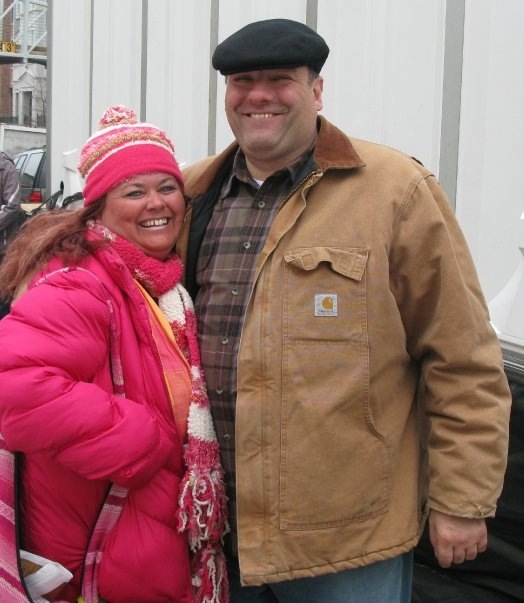 A few years later when my dog, Sammy, was a puppy we went by the play James starred in. When James came out, Sammy was sleeping in my purse. James walked right up to me and said, “Is there a dog in that purse?” I said, “Yes” and then he asked to hold him. 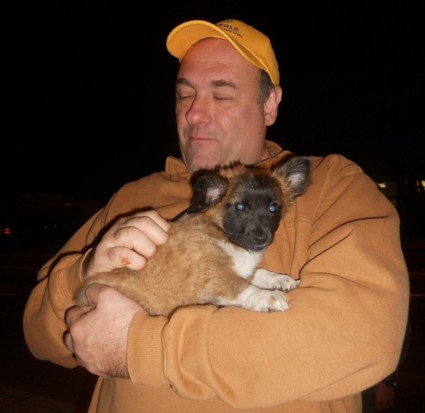 Now, this wasn’t unusual as no one could resist tiny puppy Sammy, but what was funny was that he picked him up, snuggled him, and then walked away. Apparently he was taking him to show his son, but for all we knew, Tony Soprano was stealing my dog. 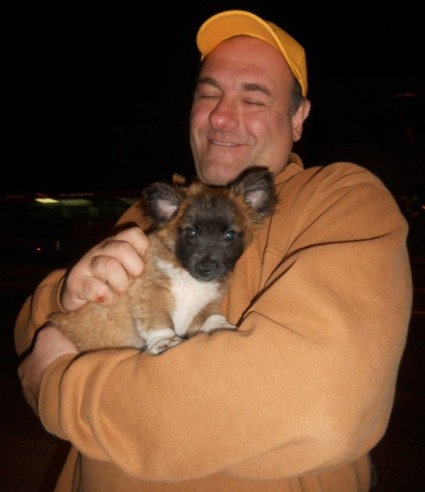 Thankfully James brought him back, but then came back a few minutes later to snuggle him some more. I’m guessing he was a big dog lover. It was a surreal experience with James and one I’ll never forget. 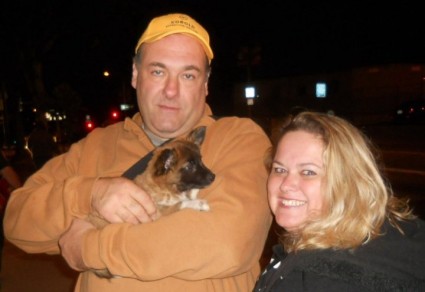 My final encounter with James was at the Emmys last year, but he was in a rush, so there’s not much to tell. 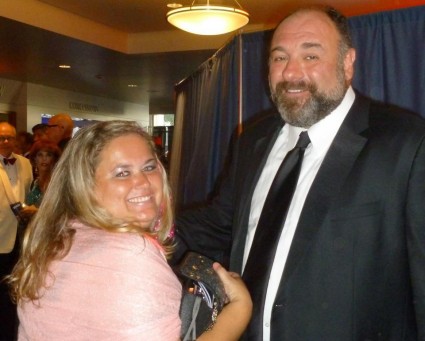 Overall I found him to be approachable and kind. He will definitely be missed. My thoughts and sincere condolences go out to his family at this difficult time. 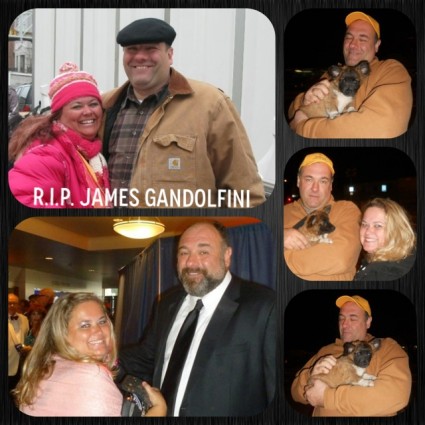