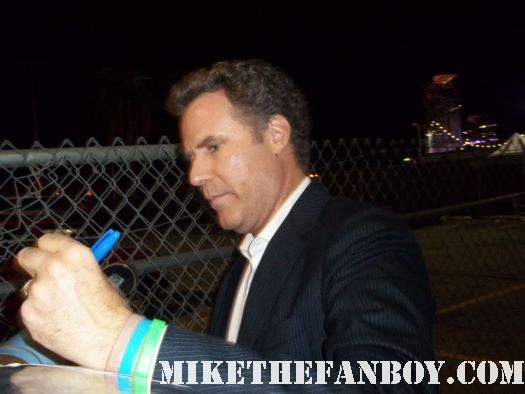 Will Ferrell was on the “Worst Autograph Signers” list for years… and I mean years… Personally I have been dissed by Will Ferrell… Oh… At least four times… So, I have to say, that has colored my perception of the man.

Now, I’m glad that CB had ONE good experience with him… Perhaps if he had… oh… some rejection from Will Ferrell he would change his tune… But I digress… lol… I like giving CB a hard time…

Anyway, check out CB fanning out after the jump…
Did I mention Four Times! Grrrrrr….

NANANANA, CB, CB, CB. Today I am writing about my experience meeting Will Ferrell. I’ve heard from several, SEVERAL people, cough mike, cough, that he’s a jerk, but he was the nicest guy I’ve ever met.

(Editor’s Note: There is no way he is the “Nicest Guy You Ever Met!” You Said that about Vin Diesel and every other minute about Paul Walker! Hello! Nicest guy ever means only one! Sigh… And I have never said he was a… Okay maybe I have said he was a jerk… but that’s besides the point… lol… M-)

I’m a big fan of Will Ferrell’s work.

(Editor’s Note: Wait… Will Ferrell wasn’t in The Fast and Furious… M-)

Two of my favorite movies are Anchorman and The Other Guys with Mark Wahlberg.

Mark Wahlberg should do more comedy, because he was great in the movie. Will Ferrell was doing a talk show appearance and I’ve never met the guy, so I took my photos and wished for the best.

6:40: Will Ferrell arrives, but he goes right inside, he waves at least. Guess I’ll have to wait for the way out. 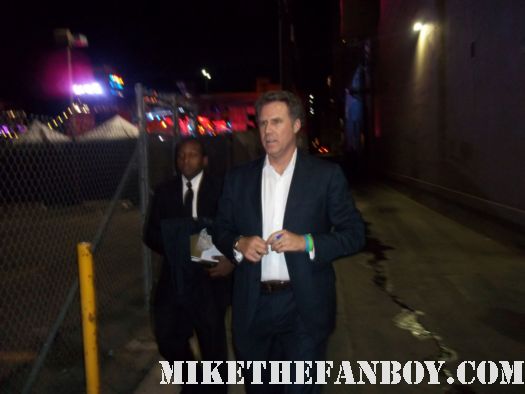 Will Ferrell has his own blue pen and signs all the autographs and takes photos with people. I had this photo of Manny Pacquiao out by accident, and will signs it too.

I get a photo with Will Ferrell before he leaves, and the guy was awesome.

I don’t know how or why he got a bad reputation, but I saw one of the nicest, fan friendliest actors. Thanks Will Ferrell. Until next time, same CB hour, same CB channel, same CB blog. KAAAAPPPPOOOOWWW! 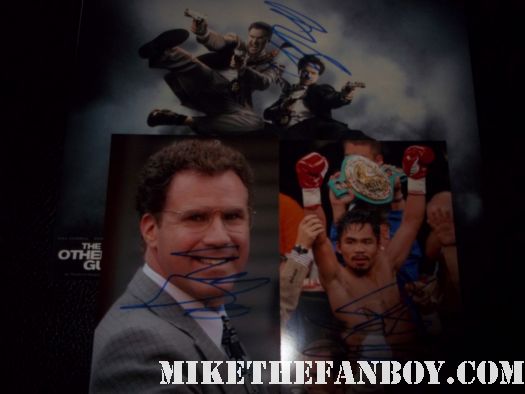