One of my favorite shows of the past couple years is Riverdale. It’s just… Crazy. Mental Hospitals, murders, gay online chats, evil parents, and that’s just the last episode. It’s insane. This is not your parents Archie Comics iteration.

So, Billy and I headed to Paleyfest to try and meet the cast, see the panel, etc…

I brought my Funko Pops and a poster to see what could possibly happen.

We watched the musical episode which was a cool treat. and then the cast came out to the panel. 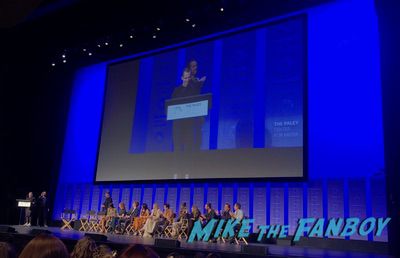 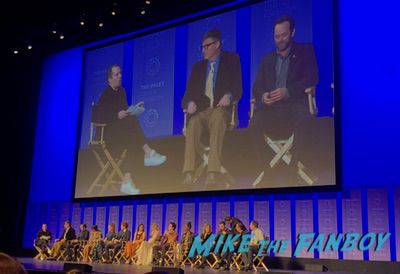 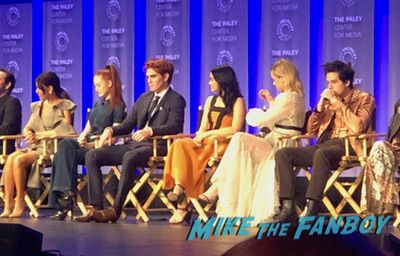 It was a good panel, the cast talked about getting started on the series, where it came from and the balance between the characters as well. 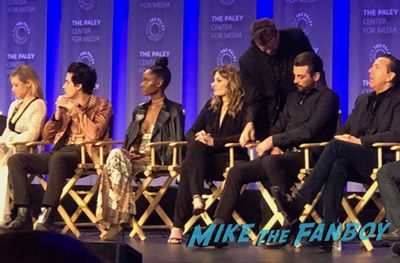 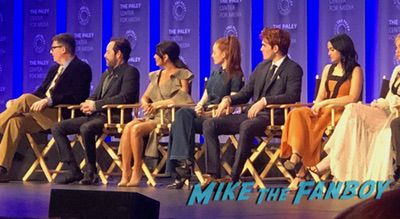 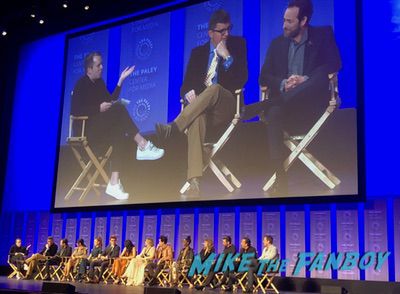 It was crazy to think of how much the show has grown, just last year I went to the panel at the Paley Center, which was amazing. and now… It’s at the Dolby theater? like… Damn. 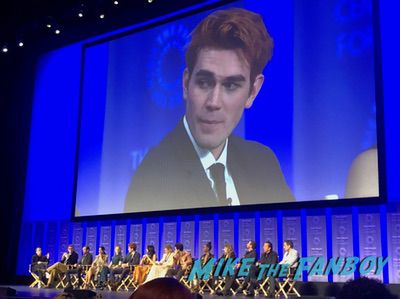 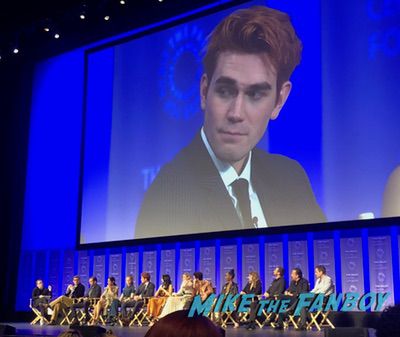 I wasn’t quite sure what to expect once the panel ended… But holy crap on a cracker. People bolted down to the stage and it was madness.

I was able to get Madelaine Petsch on a Funko Pop even though she signed the top box and not the front. Doh!

Then Lili Reinhart signed by Betty Cooper Pop and that turned out really nice. 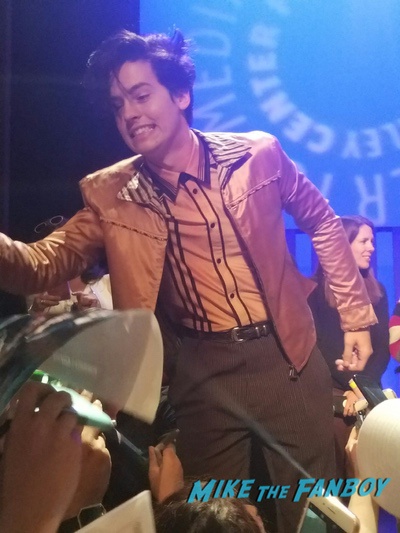 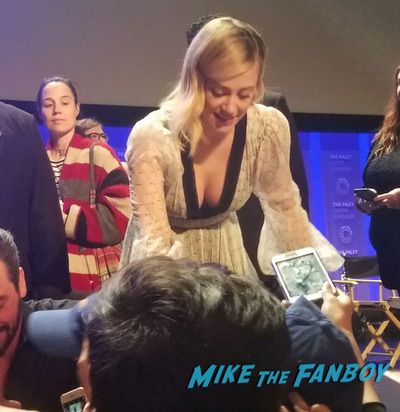 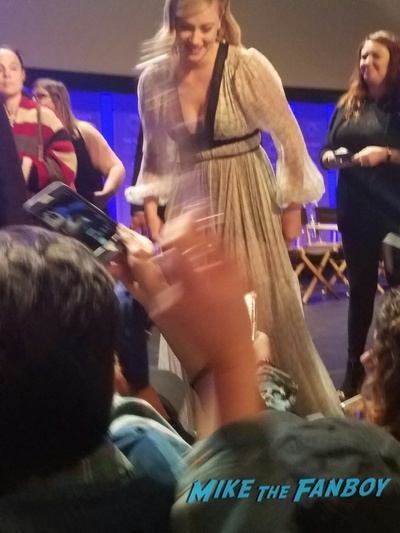 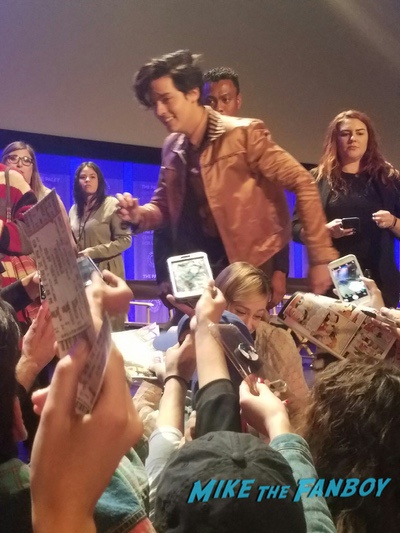 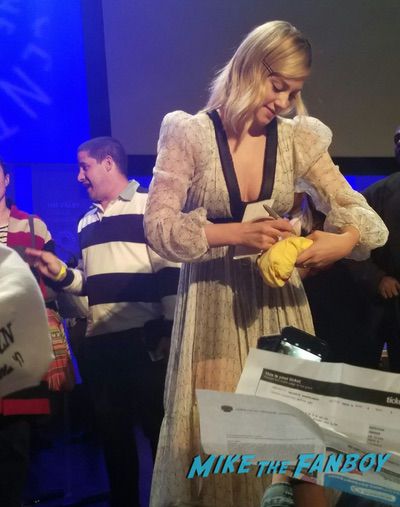 Cole Sprouse was the star of the day, he signed a lot. Hitting my Funko pop and a Riverdale poster as well.

Camila Mendes must have thought that only girls were fans because she refused to sign for guys. I thought that was kind of rude to be honest.

K.J. Apa did like two selfies and bolted so there wasn’t a chance of getting him to sign. Grrrr…

So, while I didn’t do great, I did okay. It was pretty maddening I have to tell ya. 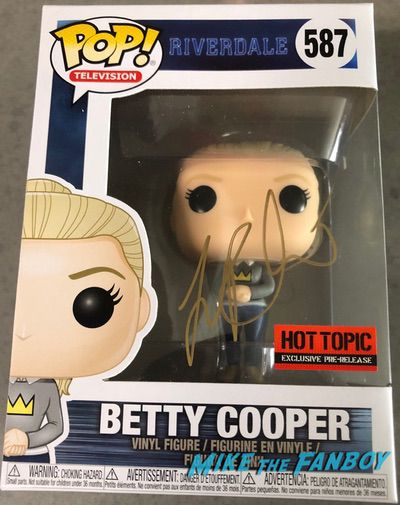 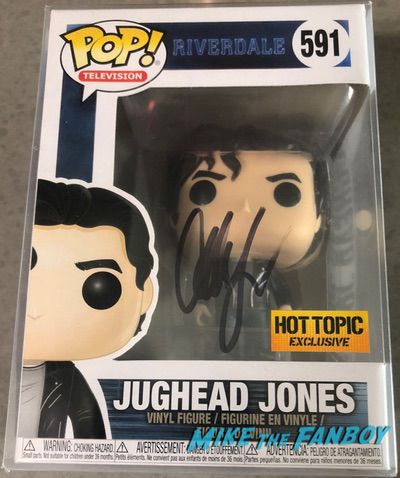 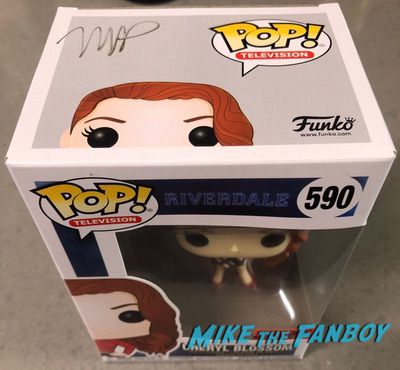 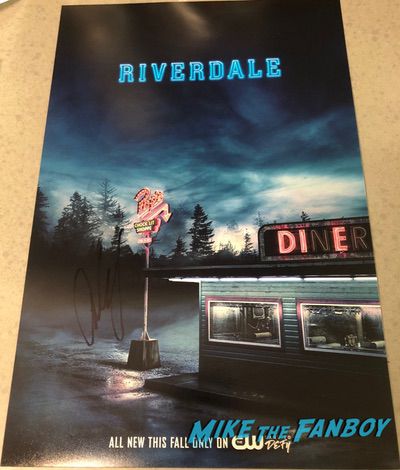 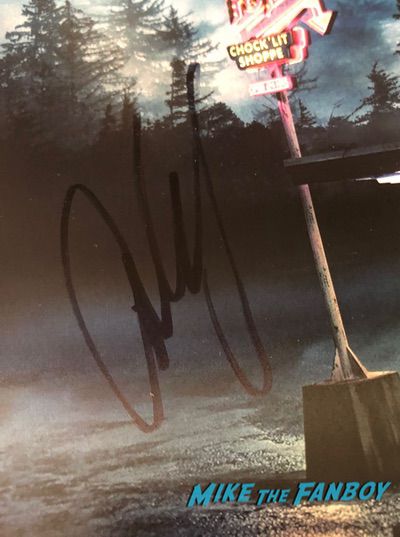