I have to yell you all, I’m getting kind of excited for Rock of Ages. I hope it’s not going to fall into the curse of the Summer of 2012. It seems like every movie that is coming out this summer sucks or is a disappointment sans The Avengers. But in the case of Rock of Ages I’m optimistic that it will be good.

The Arclight Hollywood has a nice small prop and costume display featuring some of the outfits that Alec Baldwin, Tom Cruise and Mary J. Blige wear in the film. 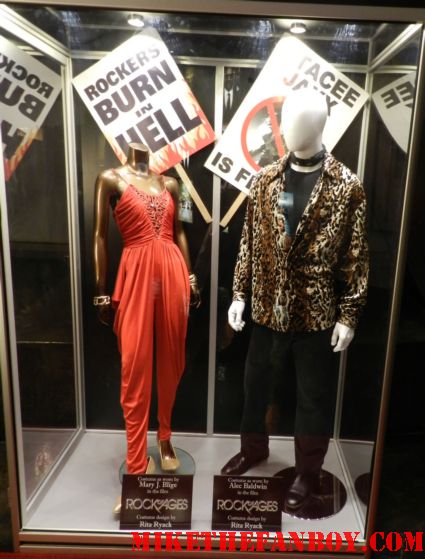 First is Mary J. Blige’s slinky dress. It looks pretty damn hot I have to tell you! 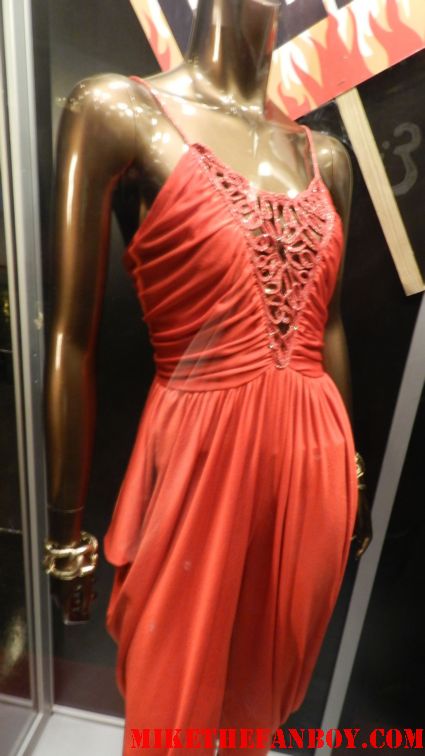 However by far the coolest costume in the display is Tom Cruise’s black cowboy hat and what appears to be a back leather ensemble. LOL… I can only picture him wearing this as Stacey Jaxx. 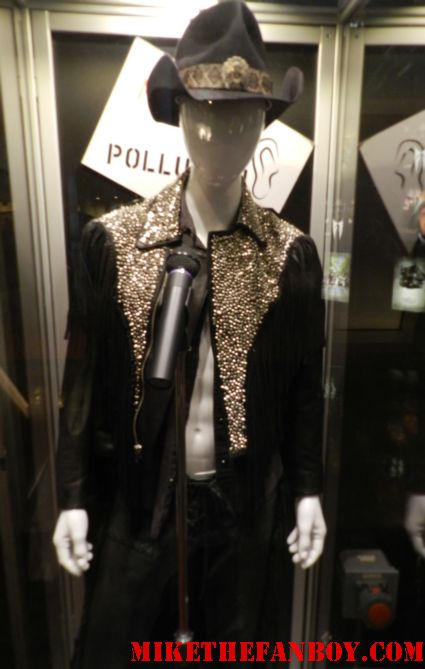 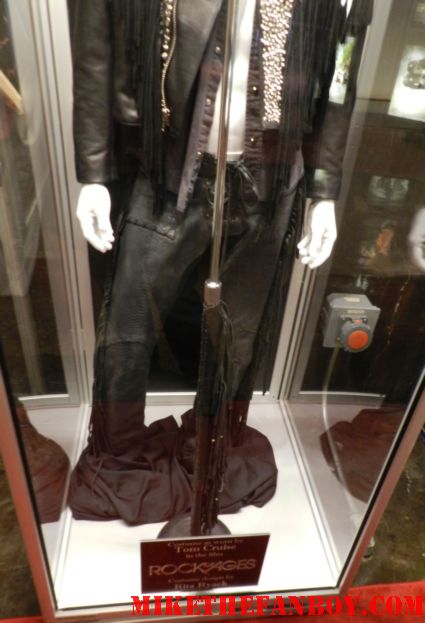 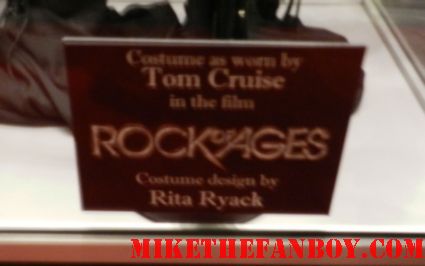 Rock of Age is opening on June 15th!