Home / Fanboying! • Hall Of Fame / Ryan Gosling from Lars and the Real Girl Stops to Meet and Sign Autographs for Fans! 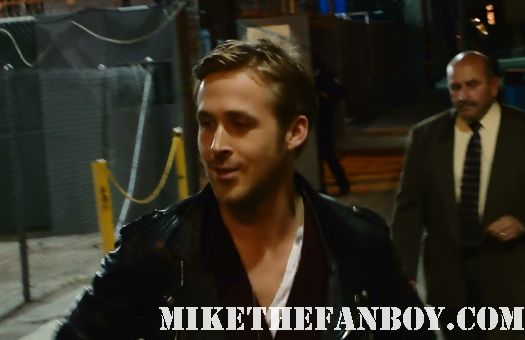 I am running around like a chicken with my head cut off… sigh… Scotty and I were out at an event that proved to be inaccessible… grumble… Ah well… so I decided to pop on over to try and get Mr. Ryan Gosling. I’ve become a bigger and bigger fan over the years. The Notebook was great, lol… Don’t judge me! But I really loved Lars and the Real Girl. I thought Ryan did such a great job with a character that might not have been so sympathetic with another actor. Anyway, he’s filming a talk show tonight and I’m really late but heading over anyway.

7:14 p.m. – I just arrived. There are about 25 people here. Ugh… One of the Kardashian sisters is on the show as well… I don’t understand the appeal but whatever…

7:19 p.m. – Oh yay, most of the dealers aren’t here! Wow, it’s amazing how much more pleasant the crowd is without them. Lol… There are a few cool collectors here too… Wow, this is turning out to be an okay night…

7:22 p.m. – Apparently, Ryan waved on the way in, but didn’t sign or anything so who knows… And no one saw the miscellaneous Kardashian so who knows about that. Not that I plan on staying for her but still…

7:31 p.m. – Okay some of the guys around me are talking about the great movies they love like Gothika, Don’t Say a Word, and Swordfish… I’m just like… NO! Lol… Sigh… Everyone has their own opinion, God bless that!

7:39 p.m. – I’m hoping he comes out soon. I think the show is taping and he’s the first guest so it could be anytime really.

7:46 p.m. – There are some random people down the ally yelling at each other… Welcome to Hollywood! 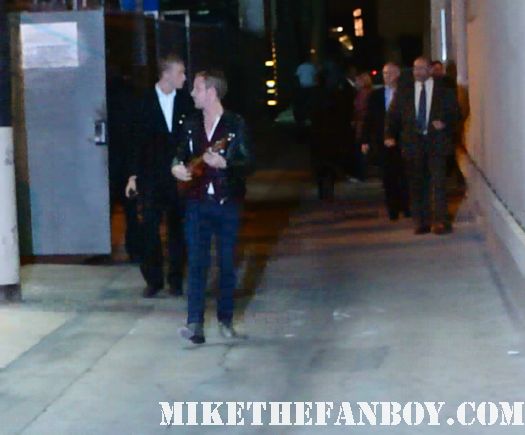 CHECK OUT THE VIDEO OF RYAN WALKING OVER HERE!
RYAN GOSLING FROM LARS AND THE REAL GIRL COMING OVER TO SIGN AUTOGRAPHS FOR FANS

7:57 p.m. – Ryan turns and hands the ukulele over to his manager or security and comes right on over. 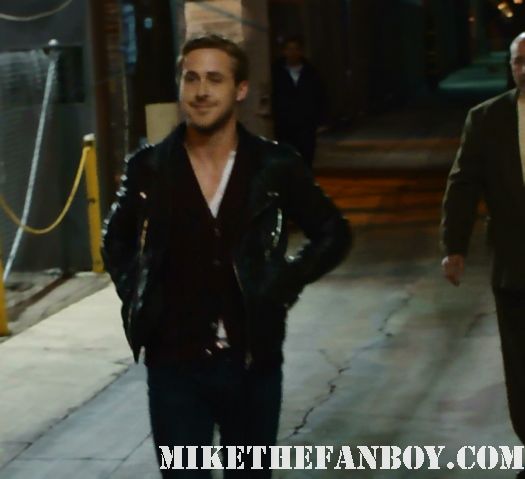 7:58 p.m. – Ryan Gosling signs and starts taking pictures as well… lol… He is pretty cool, and seems down to earth. I have a couple magazines for him, but I think he’s only doing one each. 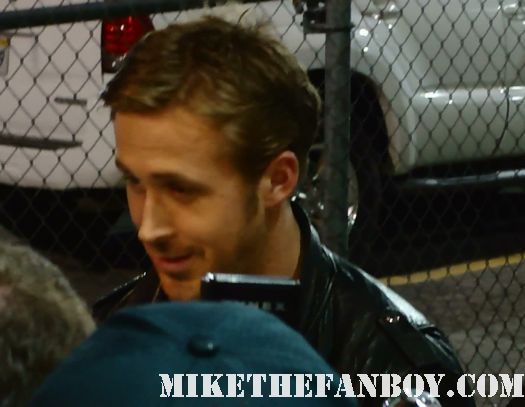 8:02 p.m. – I asked him to sign my Interview magazine and he says “sure!” and signs it. Someone, I think a camera guy asks him like the stupidest question ever I think it was about Skating with the stars or something, and one of the fans calls him out on it. It’s was pretty funny, everyone started laughing. 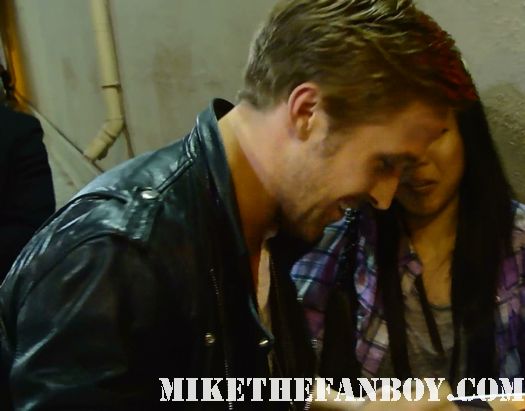 CHECK OUT THE SECOND PART OF THE VIDEO HERE!
RYAN GOSLING FROM LARS AND THE REAL GIRL COMING OVER TO SIGN AUTOGRAPHS FOR FANS

8:04 p.m. – As Ryan is leaving some people jump through the gate, security is trying to kick them out but Ryan still takes a photo with them. That’s pretty niceof him cause all the security and other fans were pissed. 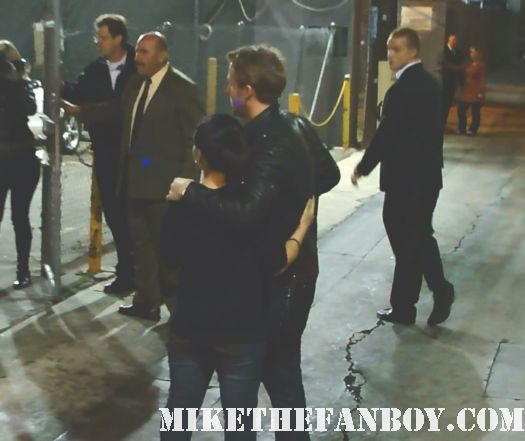 CHECK OUT THE VIDEO OF THE BARRICADE JUMPERS HERE!
RYAN GOSLING FROM LARS AND THE REAL GIRL COMING OVER TO SIGN AUTOGRAPHS FOR FANS
So, a simple evening, and I like that! Lol… simple and easy! Plus, it was cool to see such an up and coming actor so down to earth. Very cool. 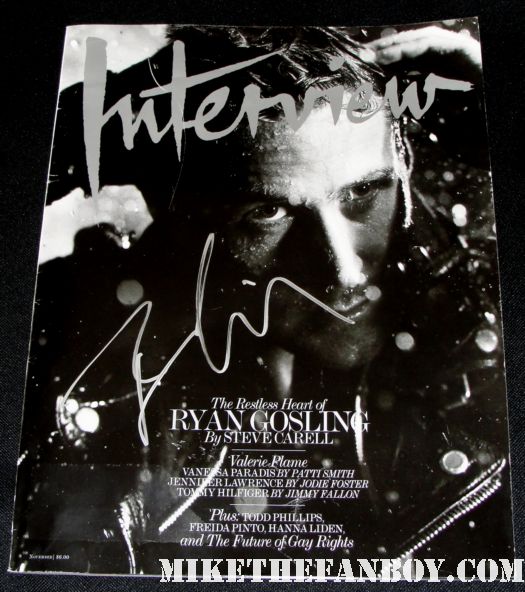