I love it, when people break out and take chances. It’s great to see and today’s subject for On The Rise With… is doing just that. Salina Duplessis is an actress who has been in a wide range of films and television series and now she’s taking what she’s learned and applying it to writing and directing.

Check out Mike’s latest On The Rise With… after the jump!

On The Rise With…Salina Duplessis

Hey guys! I know it’s been awhile since you’ve gotten a new “On The Rise With…” interview, but I’m back! In recent months, our industry has taken a hit with people saying there’s a lack of diversity within…be it in front of, or behind the cameras. And it’s true. It’s not that there’s a lack of talented people of color, or women, out there…it’s more an issue that they’re not being given a chance to shine. So what would these talented up-and-comers have to do to get noticed? Why…start creating content themselves!

With that said, I’d like to introduce you to the multi-hyphenate Salina Duplessis. A talented actress whose films can be seen on Netflix and on the SyFy channel, Salina has now stepped into the writing/directing arena, and is garnering praise and awards with her directorial debut. Read on to learn more about this soon-to-be-famous young lady… 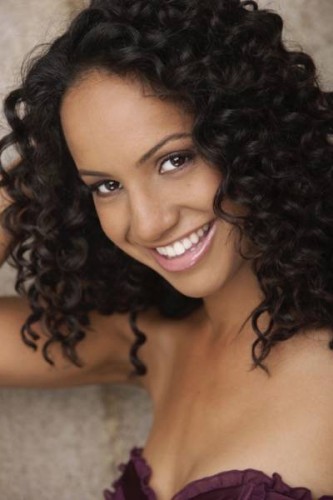 Michael Marcelin: When did you first realize you wanted to be an actress?

Salina Duplessis: When I was in Kindergarten. They asked us what we wanted to be when we grew up at our graduation, and I said a movie star! But I didn’t decide to pursue acting until college.

MM: What’s the first acting role you remember getting?

SD: In summer camp, I directed and acted in a skit about “Gilligan’s Island”. We had a makeshift boat crash and all!

MM: I know you’re a Los Angeles native, but you spent some time in New Orleans, as well. Did you pursue any acting opportunities while you were out there?

SD: Not while I was living there. But acting jobs have brought me back to New Orleans. It’s always nice to be there and work. I feel the most at home in New Orleans. 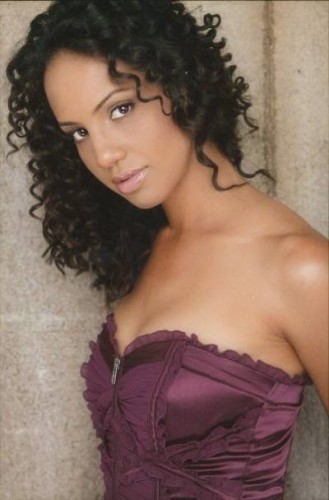 MM: One of the first films you did was a horror film called “The Pig People”, with rappers Master P. and Romeo. How did that come about, and how was the experience?

SD: “The Pig People” was one of the first projects that I booked right out of college. I auditioned for the role of Lil Romeo’s girlfriend in front of Master P and the casting director Balyndah Bumpus, and I got the job. It was a great experience, and I met a lot of people who I’m still friends with. Unfortunately, the movie never came out. I feel like one day, when I least expect it, some of the footage from the film is going to pop up on the internet and you will see me running through a forest with life sized pigs chasing me with a hatchet! (laughs)

MM: Your next big project was the drama “Tim Alexander’s A Mother’s Love”, with Rolonda Watts and former “Melrose Place” star Vanessa Williams. Tell us about that experience.

SD: I played a drug addict in this one. I previously did a short film that explored the same type of subject matter, so this was nice to be able to play such a meaty character on a larger scale. Rolonda Watts played my mother, and she’s so good at what she does. It was awesome playing opposite her. “A Mother’s Love” can be seen on Netflix. I probably get the most recognized from this film when I’m out and about.

MM: After that, you landed one of the leads in the TV horror movie “American Horror House”, alongside Morgan Fairchild. How was that experience?

SD: “American Horror House” was just so much fun! Darin Scott directed it and he, along with Morgan Fairchild, were amazing to work with. We shot it in Baton Rouge, Louisiana in late April, so it was right in the midst of festival season. I just had a blast on that set. And on the weekends I got to go to Jazz Fest and French Quarter Fest. It was just awesome.

MM: That must have been wild, seeing a film you were in playing live on national TV during Halloween season!

SD: My birthday is the day after Halloween, so seeing “American Horror House” air right around that time was a great birthday present! The movie is still playing on Syfy, but I believe they changed the name of the film to “Paranormal Initiation”. I always know when it’s on because I get tweets about my bra and panty scene.

MM: I know a lot of actresses get a little nervous, as far as getting down to their skivvies on camera.  Was that “bra and panty” scene something you had to psych yourself up for, or did you just “go for it”?

SD: I definitely had to psych myself up for it. I had three other actresses with me in their bra and panties, so it made it a little bit easier. That was the first day of shooting as well.

MM: Would you say horror is your favorite genre to star in? Or has it been more of a “luck of the draw”, as far as what you ended up booking?

SD: I like to do projects that have an edge to them. As long as the character has some depth, I’m in!

MM: Your next acting job was the most ambitious of your projects yet…because you actually wrote and directed it as well. Tell us about “My Name Is Karma”. What made you decide to create this project?

SD: When I was in college, I started writing solo performance pieces. I always wanted to create my own content, so “My Name is Karma” is my first project. I initially created it so I could enter it into a contest for African American women filmmakers, so I very much wanted to tell a woman’s story. Having a broken heart is a very human experience. And I thought, “what happens if for one day a woman could enact revenge on the man that caused her pain?” So the exploration of revenge is really what motivated me to make “My Name is Karma” 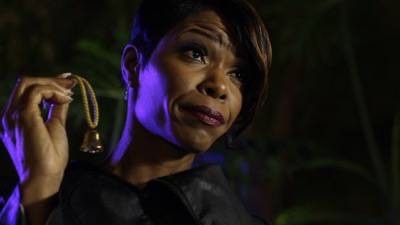 MM: Have you always had an interest in writing and directing as well? Or is that a newer passion that you’ve begun working towards fulfilling?

SD: I’ve always been drawn to storytelling. As an actress, I play a role in someone else’s vision. Creating my own projects gives me the opportunity to tell the stories that I want to tell. It’s definitely not a new thing, but I never knew where to begin. Writing and directing takes a lot of effort and focus. Once I began “My Name is Karma”, the project took on a life of its own. I’m very pleased with the final result. 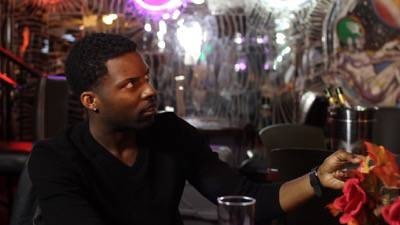 MM: “My Name Is Karma” is making the festival circuits at the moment, correct? Have you landed a spot in any, so far?

SD: It has been accepted into three film festivals and it won an award for Best Comedy Short Film at the Urban Media Makers Film Festival. 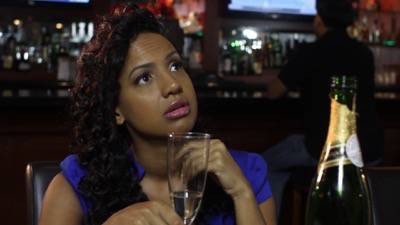 MM: Congrats on that! Are you working on any other writing or directing projects at the moment?

SD: Oh Yeah! I have a comedy pilot and two features in the works. One is a dramedy, the other a comedy.

MM: And as far as acting, is there anything we can look forward to seeing you in, in the immediate future?

SD: Nothing right now but I’ll keep you posted!

MM: If there was one role in movie history you wish you could have played, which is it and why?

SD: There isn’t one specific role but I’m dying to do a period piece and an action film. 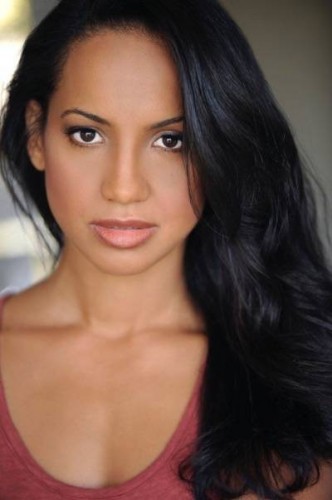 MM: What’s one thing people would be surprised to know about you?

SD: I have a soft spot for animals. Especially dogs.

MM: Who would you say are some of your acting influences?

SD: I love Halle Berry. I stood in for her once in a commercial. She’s beautiful inside and out. Plus she gave me some great acting advice.

MM: Do you have any social media where people can follow you?