Sciorra plays psychiatrist Ann Hecker, who becomes intrigued by the revelations of Eve Abergray (Unger), a beautiful patient who indulges in sadomasochistic sexual behavior with her lover. When Ann begins dating the handsome Doug McDowell (Sheridan), she discovers that he is the man involved with her patient. After Eve is found dead, Ann realizes that she’s ventured into a dangerous situation as she begins to suspect that Doug is the murderer. LaPaglia plays the police detective in charge of the homicide…and he reveals that Eve’s death may not be the only one committed by her murderer. Alda plays a fellow psychiatrist who helps Sciorra’s character come to grips with her own neuroses. And Leguizamo is in it as a guy in jail who may or may not have something to do with what’s going on. 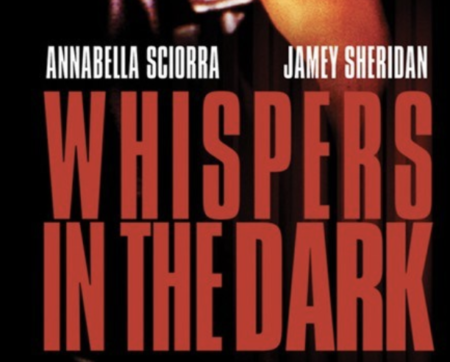 Crazy sex scenes, red herrings galore, and over-the-top twists…this movie had it all. It didn’t do well at the theaters, though…and wasn’t well-reviewed. I haven’t seen it in forever, but…something tells me it doesn’t hold up quite as well as other 90s thrillers. It takes itself too seriously to be campy, but…it could still be a lot of fun to check out, in a “they don’t make movies like THIS anymore!” way haha