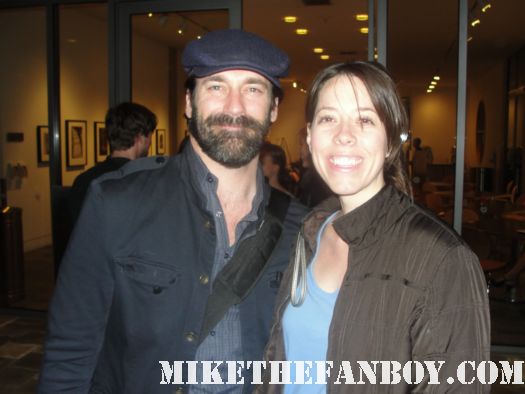 “You go home with Sally Ann… You Go Home…” I know… I’m nuts… I keep quoting song lyrics; perhaps this is a thing with me and April… Hmmm Especially this random song from Natalie Merchant’s album The House Carpenter’s Daughter. It’s a folk song… Anyway, tonight is all about my friends! Personally, I have met Mr. Jon Hamm a couple times now and I’m cool. Sure I will always have stuff for him to sign, but that’s because I love Mad Men! But my friends LOVE Jon Hamm, and are not insane like I am where I have a chance to go out and meet people. So, I’m out and about because Jon Hamm is in a play and Sally Ann and I along with our other dear friend are out and about to get him to sign her GIANT Mad Men poster!

9:37 p.m. – I just arrived and Sally Ann is waiting at a table for me with our other dear friend. Both have giant Mad Men posters… lol…. Technically we are in a museum… So, it’s a little creepy. Lol… No one else is around…

9:45 p.m. – I am seeing tons of people leave so I’m thinking the play is over but Sally Ann insists it’s only intermission. Well, she doesn’t really insist, Sally Ann says something like, “Hey… I think it’s intermission.” I always tease Sally Ann about how she is on the down low when it comes to excitement.

9:52 p.m. – Although I will say, when Sally Ann smiles she lights up the room. Okay, enough of that crap. I’m hearing a frog in the distance and it’s bugging the hell out of me. There’s actually a pond here in the middle of the courtyard. 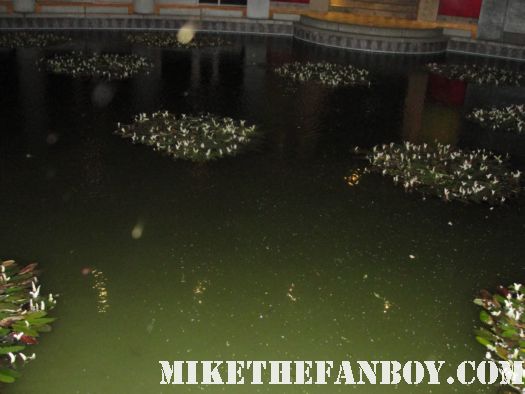 9:55 p.m. – You think to yourself, Ohhhh a pond how cool. Well… Let me just tell you this pond. GREEN! And not like, oh Kermit the Frog is sitting on a lily pad chilling the night away green… I mean like, if you stick your hand in that water you will get Hepatitis green. Blech…

10:01 p.m. – There are little minnows in the water though… but look… How green is this water? Obsessed! Am I crazy? 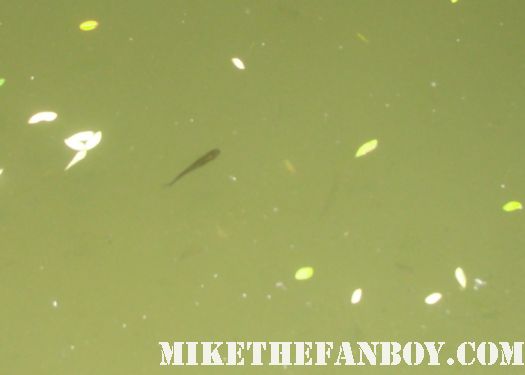 10:06 p.m. – Okay, I was chatting with the girls, yep, that’s what they are my girls… Sally Ann is totally excited for Jon Hamm. She and I went to the Mad Men premiere oh… a year ago or so… Neither of us got to meet Jon. Actually Sally Ann was a tad flabbergasted at what we all go though to get out shit signed. I think her comment was…”I have to run?” Lol…

10:12 p.m. – For some reason and I don’t know why… I’m thinking Sally Field might be here. It’s like this strange sixth sense… Ask me why? I won’t be able to tell you.

10:15 p.m. – Oh my God! I just picked up a program, Mr. Ron Rifkin from Brothers and Sisters was supposed to be in this play, and Jon Hamm replaced him. What if, and I’m just spitballing, what if Sally Field would have come tonight if Ron Rifkin was in the show… Huh… are you picking up what I’m throwing down? Are you? Sally Ann just looked at me and said, “I don’t get it.”

10:22 p.m. – It is so windy ugh… I have my Mad Men Rolling Stone and I brought Erica’s Mad Men backing card that she’s been working on. She’s in New York and will give us her full report on her adventures when she gets back. So, I’m here really for my girls. What can I say, I’m a giver! Sally Ann just rolled her eyes.

10:39 p.m. – Oh, the play is breaking! People are shooting out of the theatre like they are going to pop out of their skin. I’m looking for Sally Field… hey a guy can dream can’t he? Sally Ann just looked at me and said… “No.” She said this with neutral face though so I’m not sure if she’s kidding.

10:41 p.m. – Neutral face is when you are not happy, not sad, just neutral or having no emotion. Sally Ann coined that phrase. I rarely have neutral face, usually I have the… “Ohhh a puppy!” face… Can that constitute a “face?” Sally Ann just said barely above monotone “That’s not a face.” Sadness… See I can never have neutral face! I want NEUTRAL FACE! DAMMIT!

10:46 p.m. – Sally Ann spots Jon Hamm walking out of the theatre! She is… well neutral… I want to go in because Jon Hamm is signing autographs, taking photos with people, but the girls have giant posters and feel awkward. I mean walking over with 42×27 posters wouldn’t be conspicuous would it? 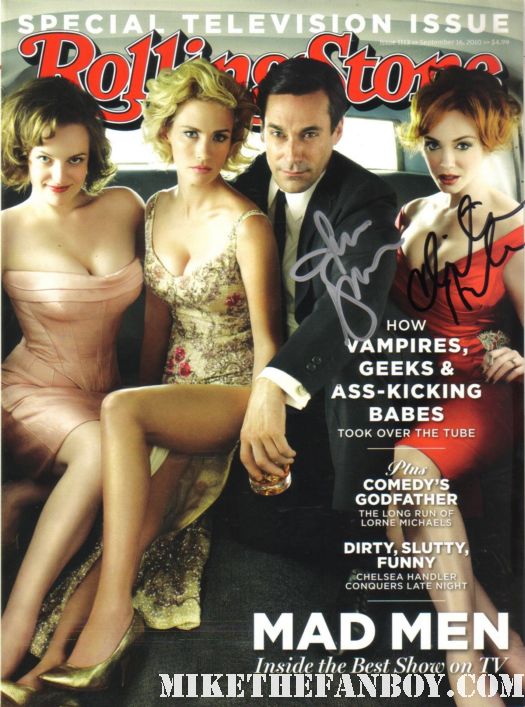 Then he signs the card for Erica. 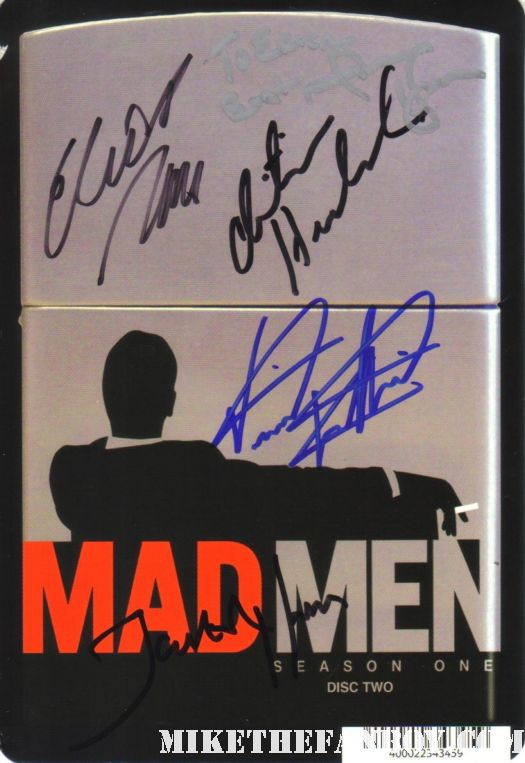 Then the girls approach. Jon is super nice signing a couple for my friend, and then Signing Erica’s poster. He thanks us for coming and then I ask Jon Hamm if he would mind taking a picture with Sally Ann.

I tell him, she’s nervous. He’s like, “really?” I know Jon Hamm… neutral face. LOL… Kidding, I’m kidding… Jon is happy to take a photo and honestly I could have whipped out 15 things for him to sign and he would have done them all. I just can’t do that… lol… I feel awkward, and limit myself.

Sally Ann is super excited, you can’t tell because of neutral face, but trust me she is! 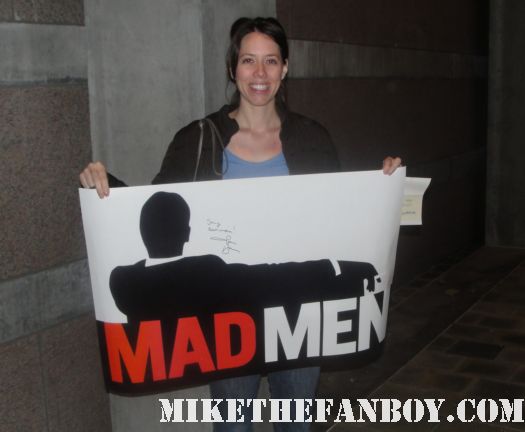