It’s time for a Mike and Theo, Goonie adventure!

Theo is going home tomorrow and I’m more than a little sad. But there’s still time for one more adventure! Hollywood has become crazier and crazier these days but I think this event should be fine for the little guy. Scotty is already in line and there’s only like 15 people so far. 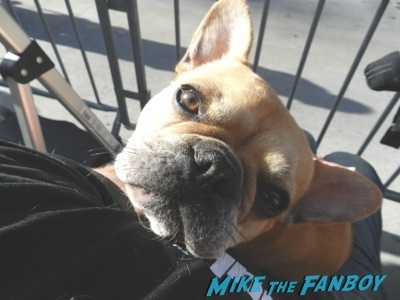 What am I talked about, Sally Field and Julia Roberts! Both are doing a talk show, yep… Shelby and M’Lyn together. And before I hear a comment from Billy Beer, there’s always time for a Steel Magnolias reference.

I got to Hollywood and Theo was having a wonderful time with all the lovely smells in the city. If you’re looking for smells, Hollywood is the place to go.

I brought Scotty his birthday present, which was a cool Foo Fighters promo I found for Skin and Bones. 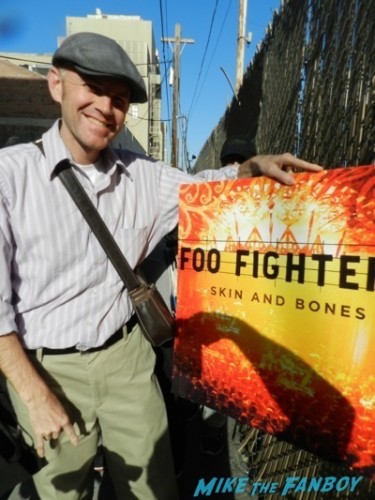 Honestly, I have about 10% odds on Julia Roberts coming over. She’s so hit and miss. One time she will diss three of us, and then she comes over to a barricade of fans at the SAG Awards! She’s so bi-polar sometimes. You really never know.

Theo was getting a lot of attention and snuggling on my lap.

Then Sally Field arrived and said she would sign after. Julia Roberts arrived right after Sally Field and gave a half wave as she walked in.

Then Theo and I went for a walk and saw Janna and Megan as Theo again found new smells lol.

We then got back to the line and Theo decided to chew on Bark Vader… Ahem… Darth Vader, while saving the Empire. 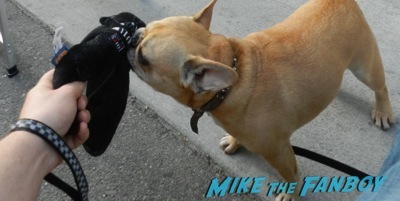 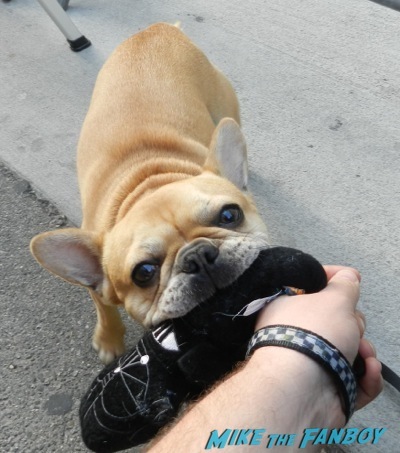 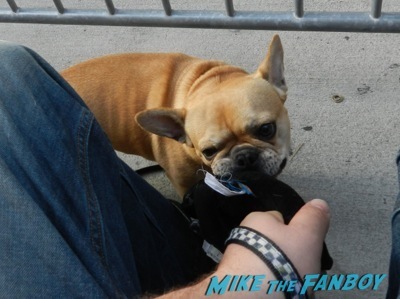 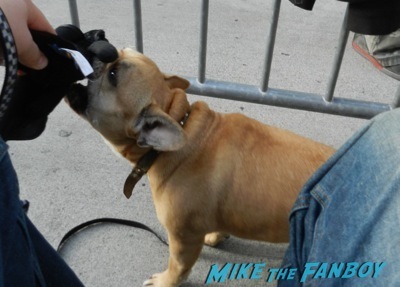 We had a couple hours to wait and thankfully, having Theo around made the time go much quicker. The line was a bit disorderly at the rear but thankfully, where we are it’s really calm.

Then Sally Field is leaving. She’s talking to security but comes right on over. Such a class act. 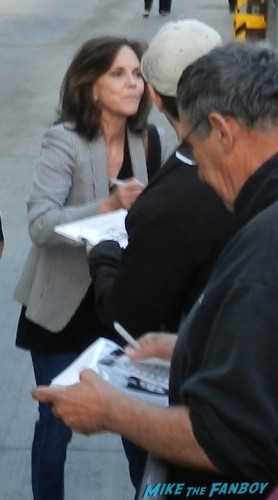 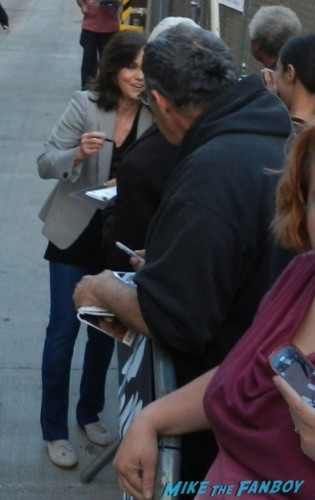 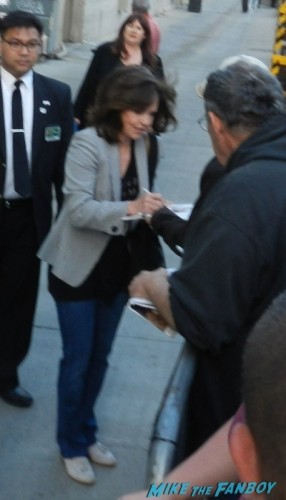 She takes some photos, and signs and signs down the line. One of the other collector’s didn’t have anything for Sally, so he was nice enough to help me get my mini poster signed. 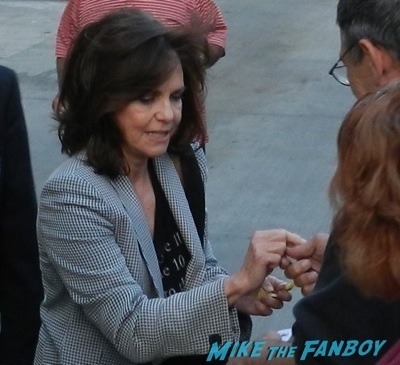 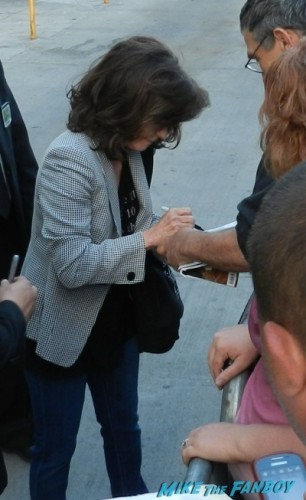 Sally was signing really nice and really was the pinnacle of old school Hollywood. Those stars who appreciate and care about their fans. 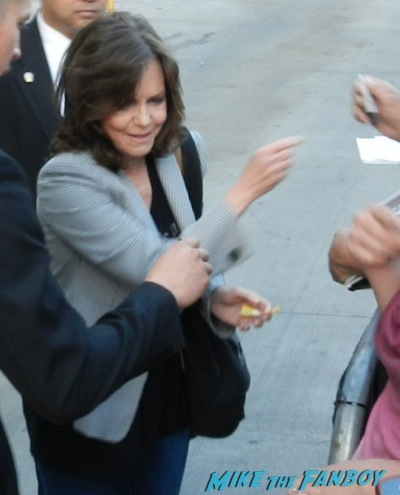 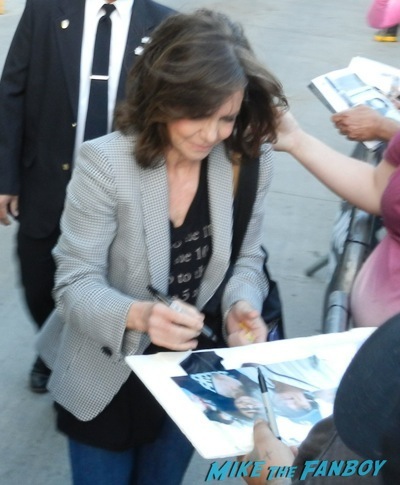 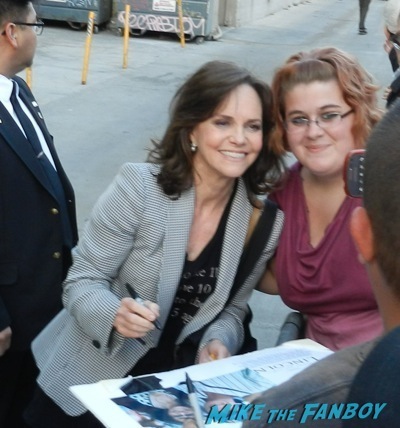 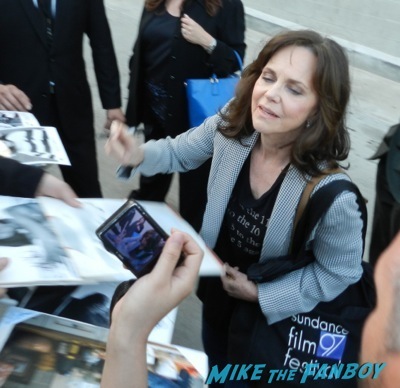 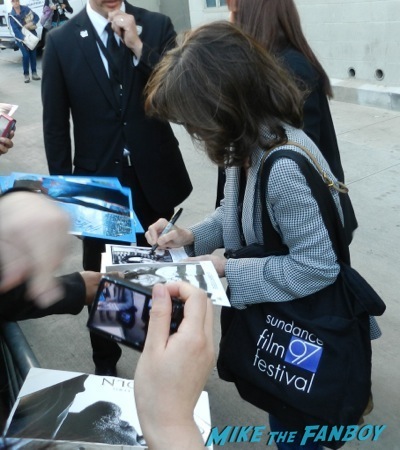 It’s so rare to see sometimes. 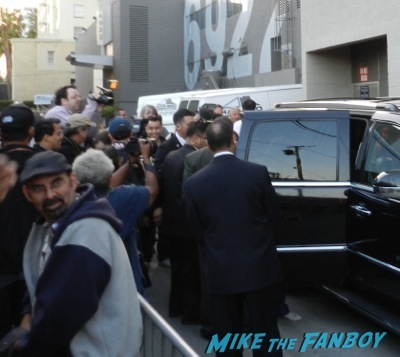 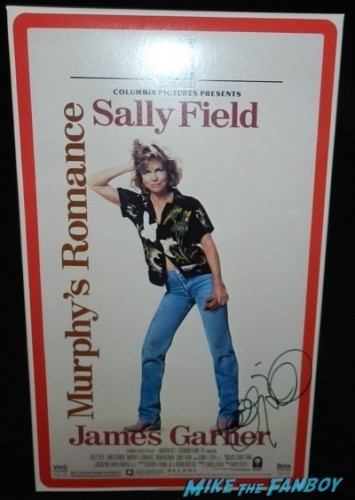 Julia Roberts bolted out, like her butt was on fire. Didn’t turn, didn’t wave, nadda. All this while Sally Field was finishing signing for everyone.

Even though Julia didn’t come over, I’m really happy with getting Sally Field. She is a legend and has been in so many movies I love. 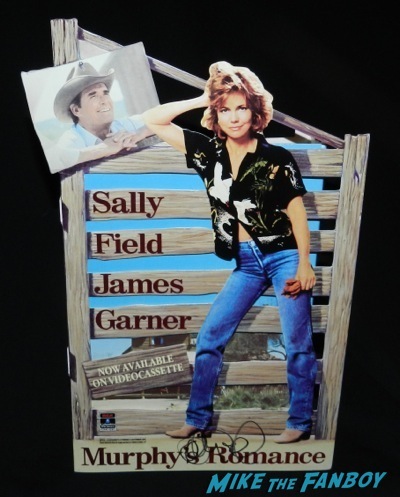 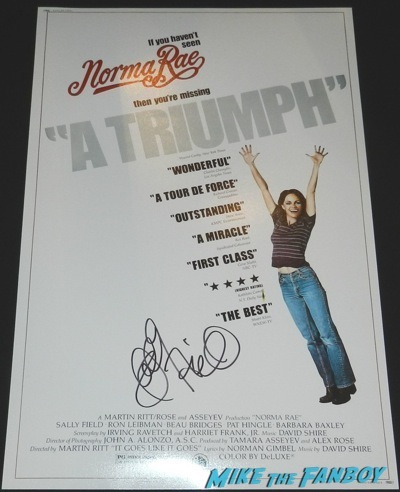