Comic Con is known for being chock full of blockbuster Studio content. But quite often it’s the smaller, independent material which has more heart and soul. Take for example, Salvage Marines, a new TV series starring Casper Van Dien, Jennifer Wenger, and Peter Shinkoda based on the novel by Sean-Michael Argo. This action packed 6 episode series premieres July 28th on Popcornflix and Crackle Plus. I had the pleasure of chatting with several cast members who are justifiably excited about the project. 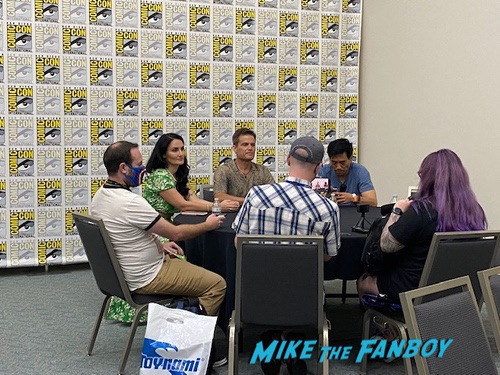 Van Dien boasted that Salvage Marines is an homage to Dr. Who, Star Trek, and Starship Troopers for which he is most recognized, while still maintaining its own unique narrative. He trusts that “sci-fi fans are going to gravitate towards the story.”  Although set in the future, the plot focuses on life debt, something we can all relate to at some point in our lives. In this world, however, parents can wipe out that debt for their children by joining the Salvage Marines and their high mortality rated missions.

The shoot itself was very physically demanding as well as having extremely hot weather conditions, but the cast never complained. When asked how she balanced being a military badass with keeping a femininity to her character, Wenger said that she took this opportunity to add her love of Wonder Woman into a similar type character. She was able to balance fearlessness and vulnerability which is what made the character interesting and challenging to play. She also proudly shared that she did most of her own stunts, including the grueling running up sand hills while wearing full military gear. Wenger said the real heart of the story was “sacrificing yourself for your family to have a better life”. 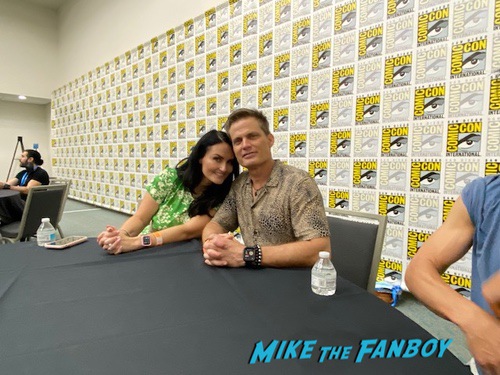 Van Dien, who had worked with Shinkoda in the past, called him personally to pitch him the role of Ben Takeda. The character is specifically written as being second generation Japanese in the novel and although Van Dien did not want to deviate from the original source material, the role really fit Peter as an actor and his ethnicity just happened to match. He understood the obstacles Shinkoda has faced in his career which is why he was the only actor Van Dien wanted to cast. Shinkoda called it the “most generous thing” that has ever been done for him. It’s this bond that will translate to the screen, giving the audience an authentic story telling experience. 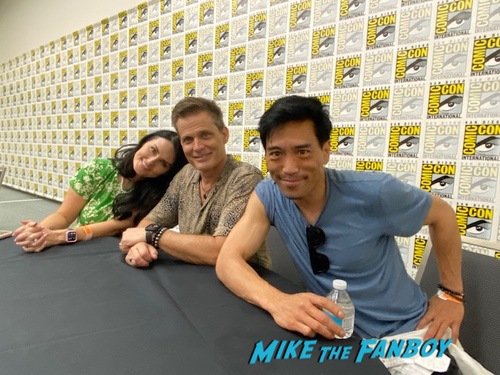 The official synopsis reads, “In a grim future of corporate tyranny and deep space combat, Samuel Hyst has endured his life as a factory laborer, daring not to dream of a life beyond the polluted industrial planet of Baen 6. Everything changes when his young wife, Sura, reveals that she is pregnant. Now Samuel is faced with the harsh reality that his child will be born into the same debt servitude that he was. Determined to create a better life for his growing family, Samuel and his best friend Ben Takeda sign up for the hazardous life of a salvage marine, the foot soldiers of a militarized deep space operation”.

Van Dien and Wegner, who are married in real life, kept their final pitch short and sweet. “It’s fun and it’s free”! Those are two very good reasons to tune in for this non-stop Sci-Fi adventure on July 28th. You won’t be disappointed! 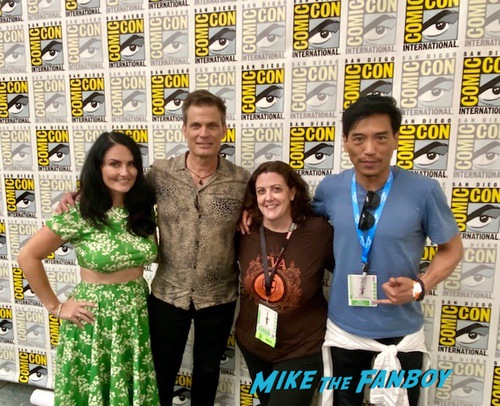 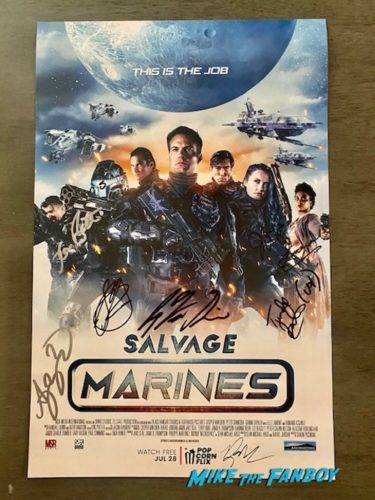 Check out the official trailer here:

You can watch Salvage Marines here: