I’ve been on a Buffy kick this past week… I know, I know… What a shock. I only have a 27×42 movie poster signed by the entire cast of Buffy in my bedroom. How could I not be on a Buffy kick?

But I thought this would be a perfect subject matter for Throwback Thurs!

It was such a special night, I have to tell you. Sigh… God bless Sarah Michelle Gellar!!

Dealing with loved ones sickness, heath, business issues. I swear I want to pull the covers over my head and go to sleep… For a month.

So, it was no surprise then when I was working on my computer I crashed and fell asleep.

During my slumber I got a text from Erica, who said that she got a call that Sarah Michelle Gellar was out and about. She saw a post or something about it and wanted to let me know.

I was like forget it, I’m too tired, and looking at the time, I would only have had 15 minutes to get all the way across Los Angeles! Forget it!

I called Big Mike, who didn’t answer and then something said to call him again. So I did. He picked up and I told him the news.

I ran into my office which I call Office-Geddon, and by a miracle of God found my Rolling Stone magazine from 1998 and a Cruel Intentions mini poster. The Entertainment Weekly Eluded me as memorabilia flew around in a darkened haze.

I had one shoe on, one shoe off and only one was tied. You decide which one.

I ran to the car, and bolted on the road. I didn’t realize that I didn’t have any headlights on until halfway there. Facepalm.

Big Mike just arrived and was stunned I made it so fast. I was stunned that the imprint of a keyboard on my face haven’t gone away yet.

Big Mike brought a couple posters, and I tried to catch my breath. Whew.

The play literally was just ending and we waited like the giant dorky fanboys we are.

I honestly didn’t even think that this was going to happen. I mean, let’s be honest, Sarah Michelle Gellar doesn’t the best reputation for being fan friendly.

Then, after the crowd from the play dispersed, I was losing the little hope I had. No one was around and we may be on a goose chase.

Suddenly, five people walked out from the side area and I hit Mike on the arm and said, “Holy fuck my life, there’s Sarah.”

I lost breath, I lost my mind and I stood motionless.

Some of her friends left and walked past us giving both of us dirty looks.

Then, Sarah waited by the valet and we politely asked if she would mind signing.

She hesitated, but then said, “Sure.”

Big Mike said, “could you make it to Daria.”

Sarah stopped signing, looked at him and glared, “your EX wife?”

I jumped in and said, “He’s a really nice guy, what can I tell you?”

And then Sarah laughed and signed my magazine. 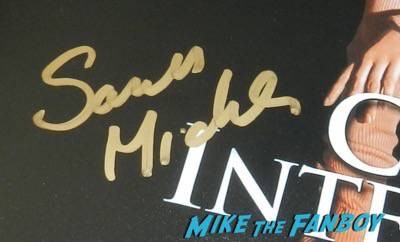 She signed for me and then I asked if I could get a quick picture. She paused and said, “Okay, really quick, I don’t want to make it a ‘thing’”

I about died and then by some glorious miracle the photo wasn’t blurry, I don’t look too fat, and Sarah is all smiley.

Wow… I’m besides myself. Seriously, about to lose it. 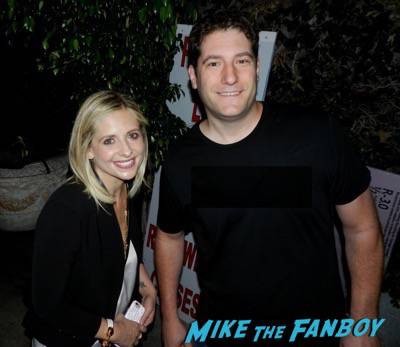 I’m still in shock, still. I can’t believe that happened. If I tried to plan that, it would never have worked. 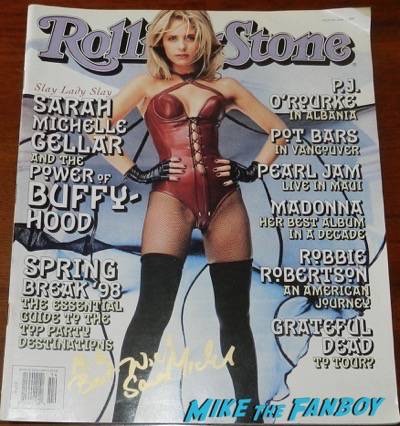 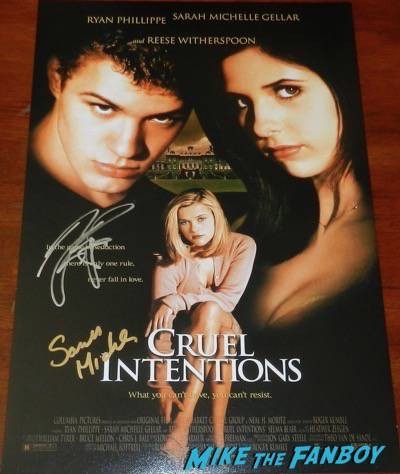