ScareLA was this weekend at the Pasadena Convention Center.

I headed down with my friend Scott to check out the ghastly ghouls and frightening haunts. 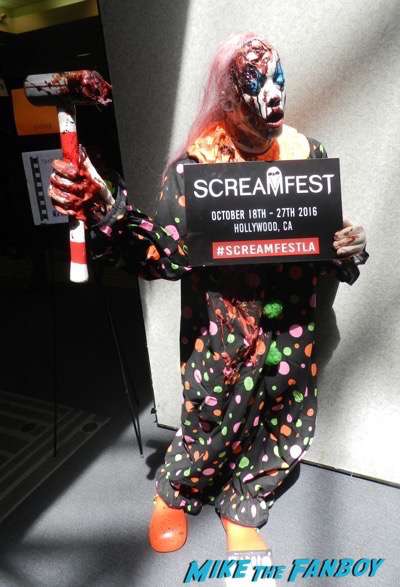 The convention was a lot of fun and it was a great afternoon.

The interesting thing for a horror convention was it was fairly family friendly. Being as I attended on a Sunday there were lots of families around. 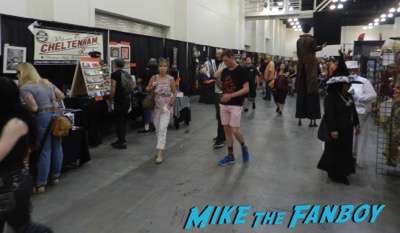 One thing about this con was that there were several makeup demonstrations on display. It was awesome to see, especially all the hours that get put into each makeup presentation. 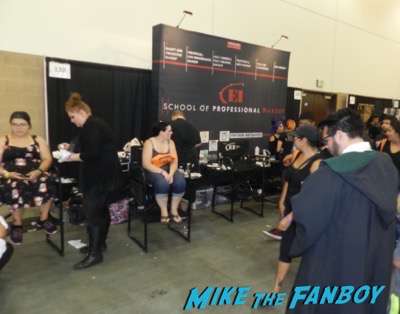 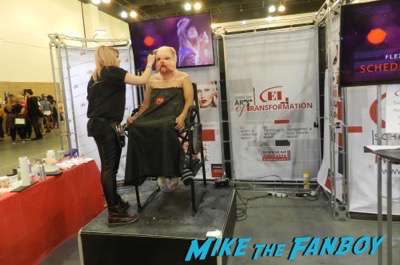 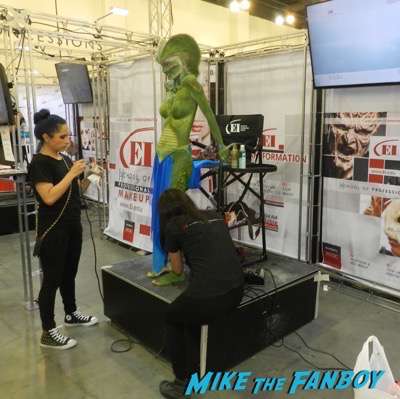 Elvira the Mistress of the Dark was on hand. Today she was her alter ego Cassandra Peterson. She was meeting fans and signing autographs. How can you not love Elvira? She’s amazing. 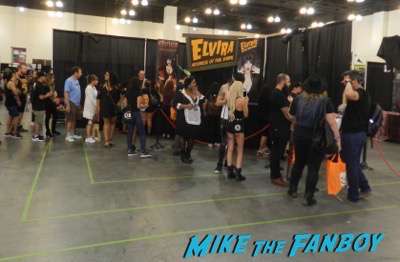 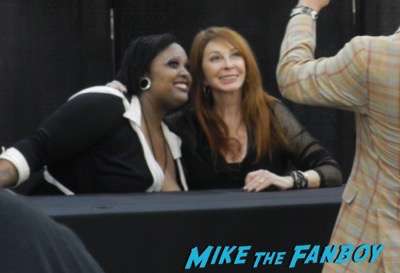 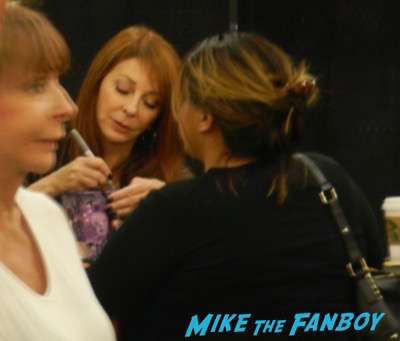 There was a Zombie Apocalypse shooting gallery which was neat and several other awesome booths. 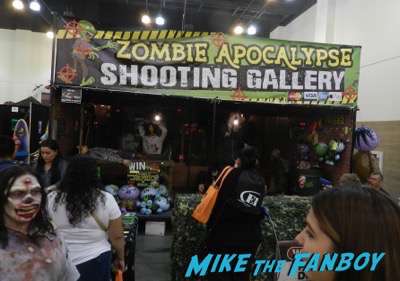 Haunted Orange County was on hand 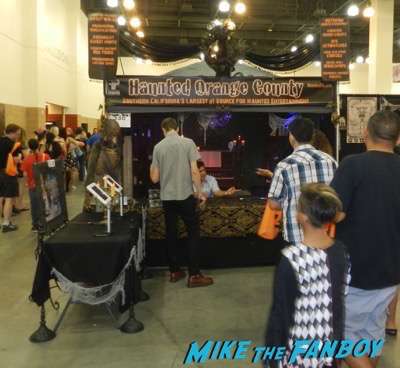 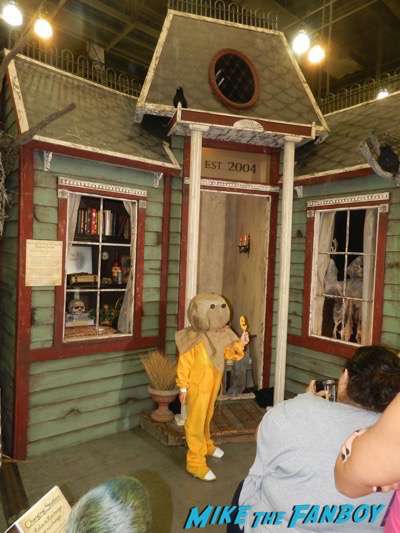 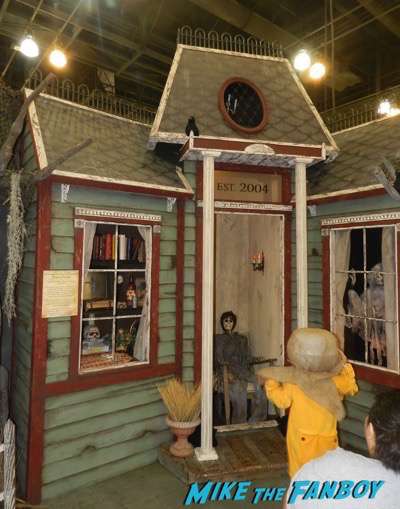 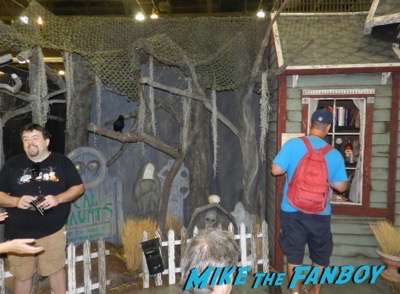 The School of Rock was on hand and were playing a few tunes. 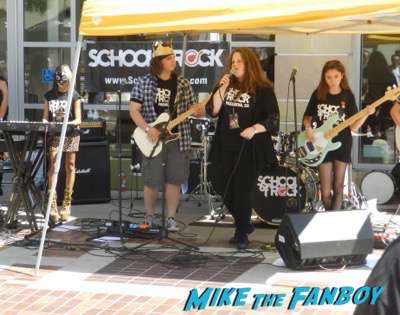 There were a lot of ahem… live animals on hand and a lot of ScareLA fans got up close and personal with them. A lot more up close than I ever would. 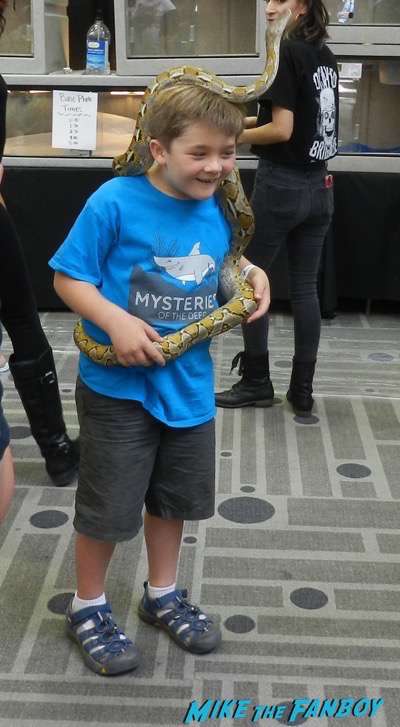 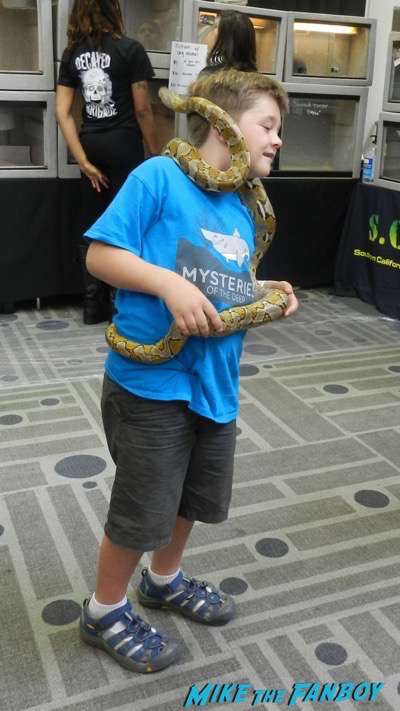 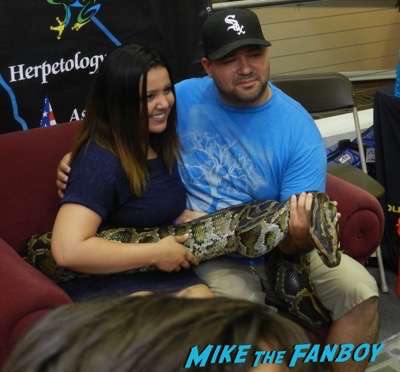 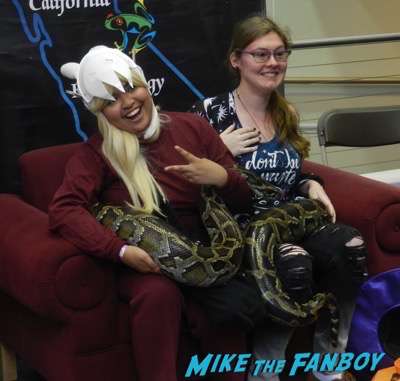 The Sci-Fi museum was also on hand with a small collection of props like Robbie the Robot and some of the Star Trek: The Next Generation set as well. 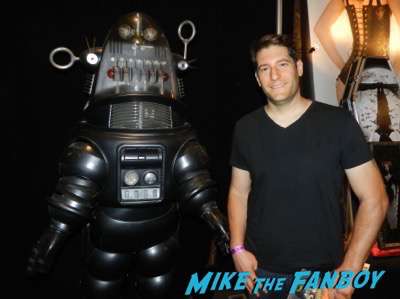 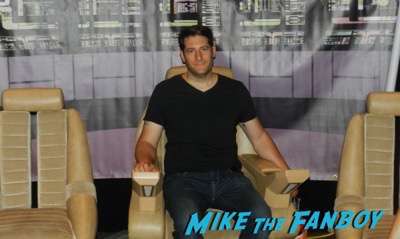 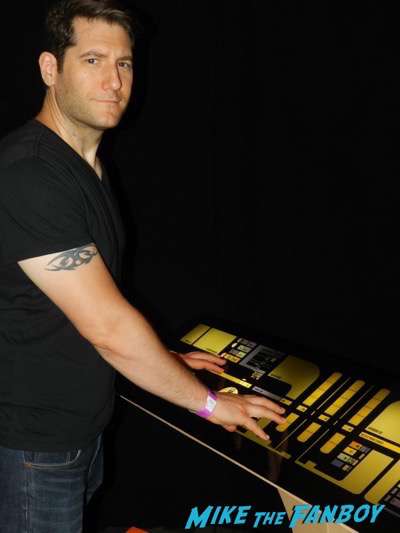 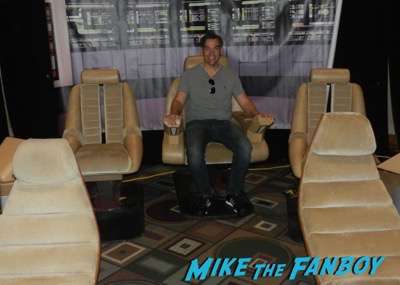 There were some Underworld throwing stars and one of the costumes from the Michael Jackson Thriller video. 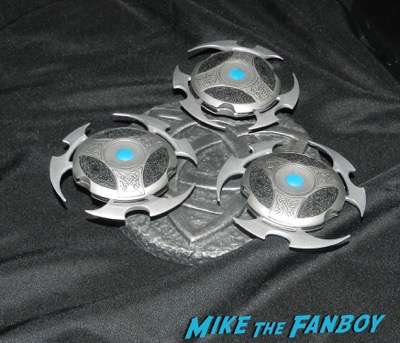 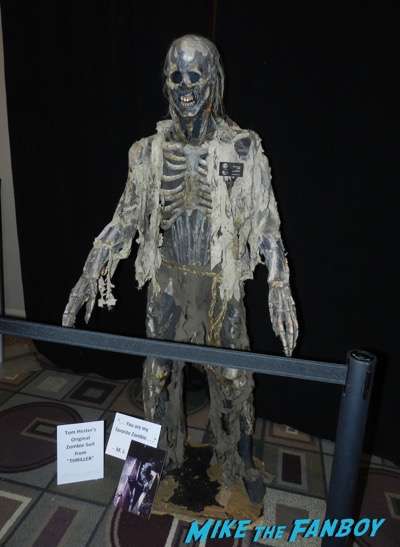 Some of the Rocky Horror people were on hand doing the Time Warp as well. 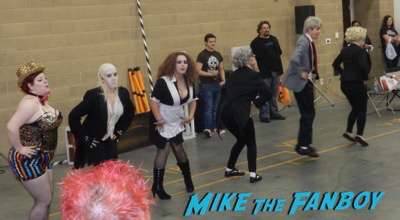 It was a fun night and I also ran into a bunch of friends as well.

It’s always fun to check out a new con! 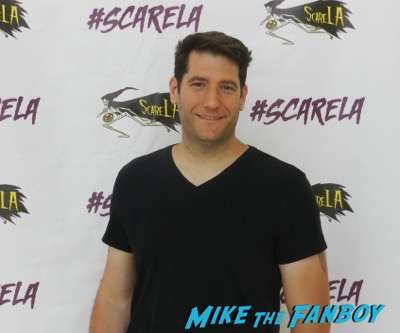