I can’t even tell you how much I love Schitt’s Creek!

It’s one of the best comedies ever and I’m so stoked that it finally received some Emmy love!

Lisa-Lisa, Courtney and I headed to a special q and a and reception for the series.

on the panel were

The conversation was really great, the cast talked about the world that they created and how it was an idealized version of the world. 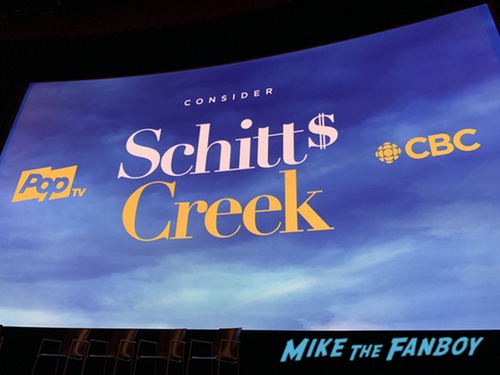 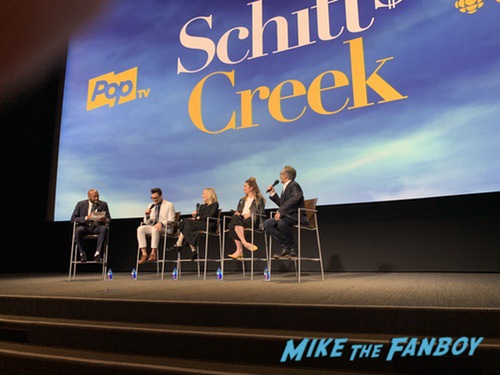 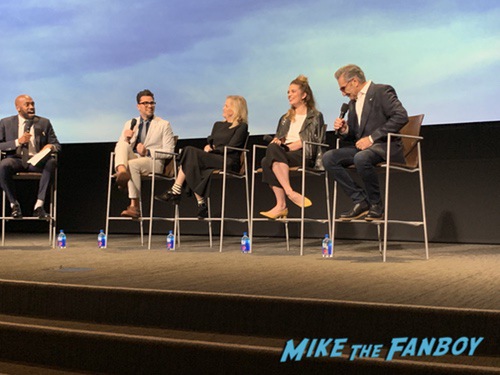 Annie Murphy was adorable on the panel and such a change from Alexis in the series.

It was honestly one of my favorite events of the season, Daniel gave us a little background on the show as well. 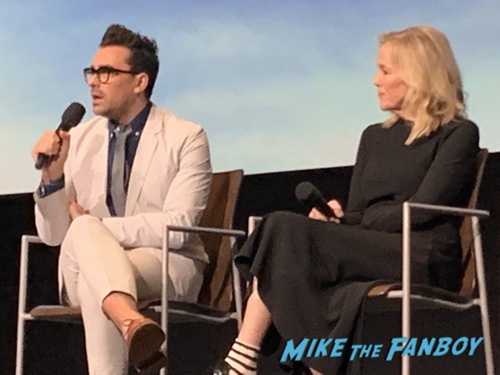 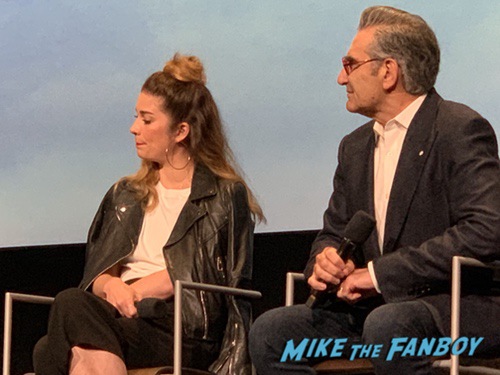 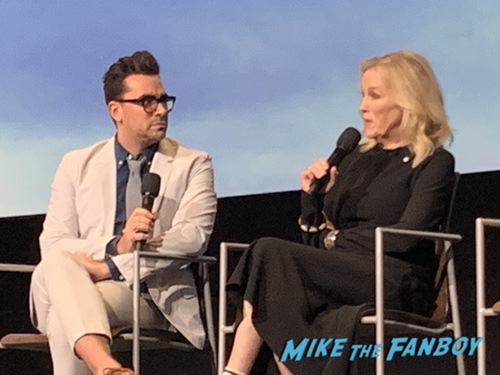 Discussion turned to Daniel and Eugene working together to make the show and you can tell how happy both of them were to be together. 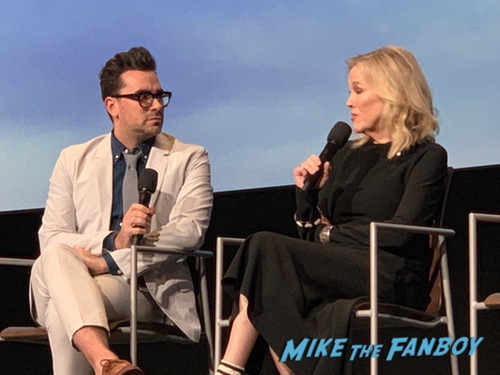 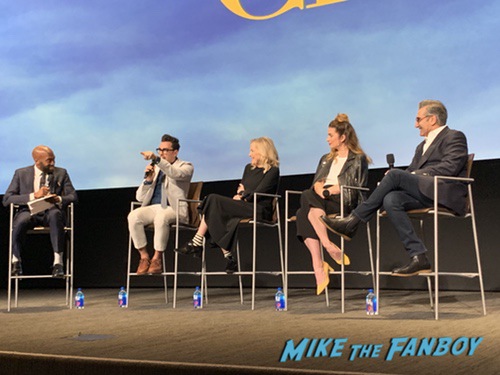 After the panel, there was a red rope set up where people could, I dunno gawk at the cast. It was a little odd to be hoenst.

Still, we were able to get Annie Murphy to come over, she was super sweet. 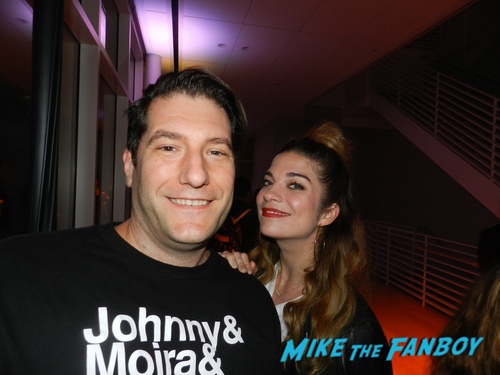 Then Catherine O’Hara was standing off by herself and I showed her my poster and she ran over to sign it. 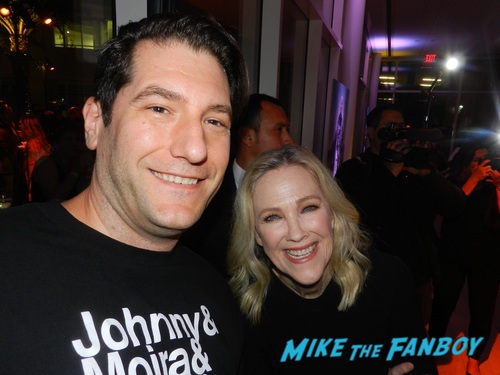 She signed mine and Lisa’s and did a quick picture and was pretty much gone.

Daniel Levy was really nice and stayed for a long long time. 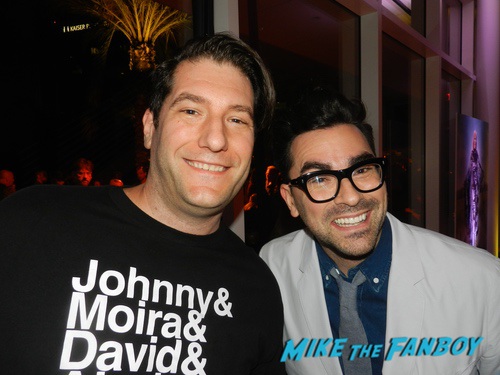 Eugene Levy stayed a while as well. He was very nice. 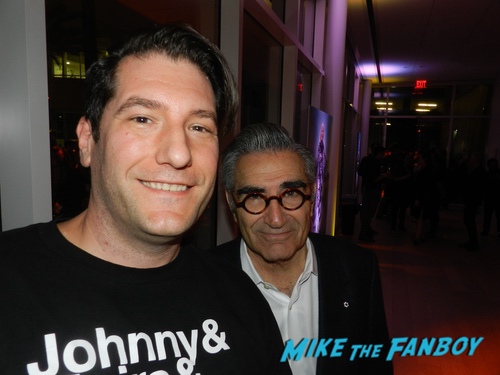 It was an amazing evening and my poster came out great! 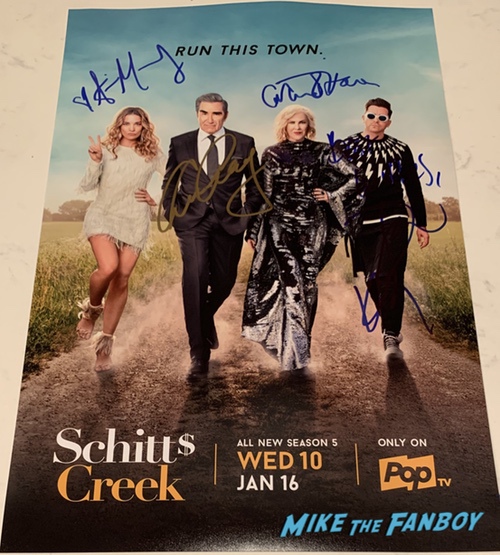