Oh Scotty… I kept telling him, I said “Scotty… you need to tell everyone about your disaster prone night!” See Scotty has been working on his Kids Are Alright mini poster for like a year, and after he got Annette Benning, Mia Wasikowska, Mark Ruffalo and Josh Hutcherson to sign his poster… The Unthinkable happened… Picture this… Red wine… A sleepy Scotty, and BAM! Red wine all over not only his poster but a bunch of other signed items as well…

To say he was devastated is an understatement… Several phone calls and talking him down off a ledge ensued.. So, now he’s back and trying to get his poster done again. We both were able to get Mia Wasikowska a month or so back, and now Scotty is heading out to try and get Annette Benning. Second time’s a charm right?

Check out his recap about meeting the screen legend after the jump!

Tonight I headed out to Westwood, CA to the Geffen Playhouse in the hopes to get Annette Benning’s autograph on my “Kids Are All Right” poster. I made my way in the late morning and had missed her. I went back after the first performance and she stayed inside the theater. So, third time is a charm right? I saw some other collectors there and we all anxiously waited. Annette made her way out and I was the first to get her to sign. 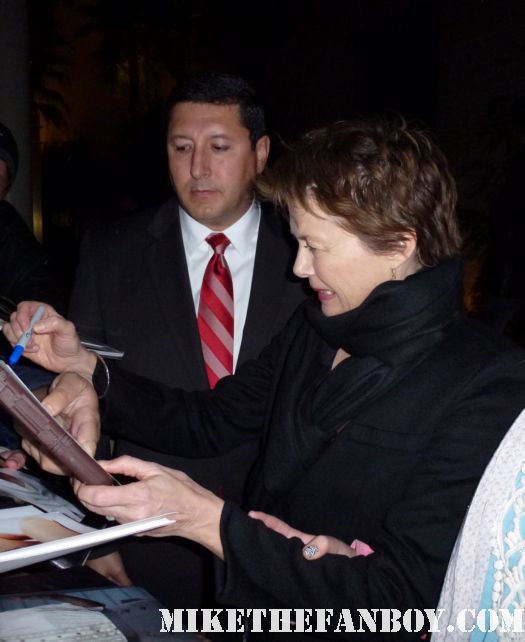 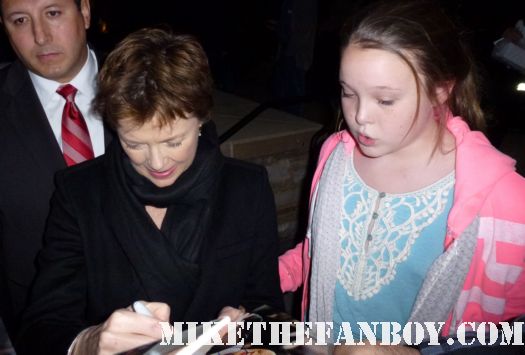 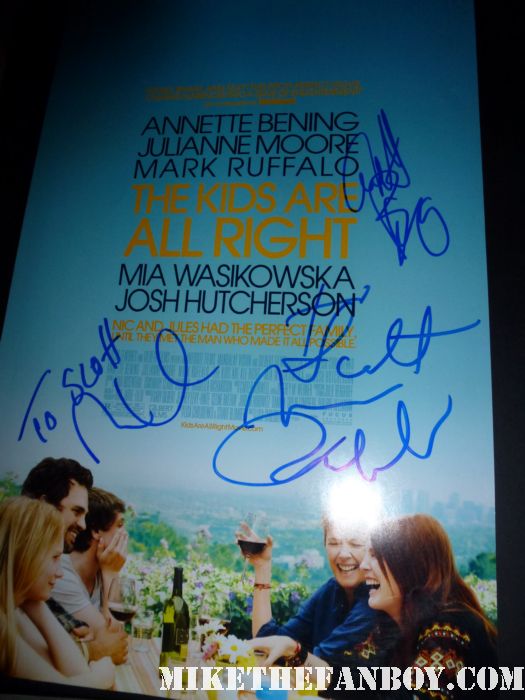 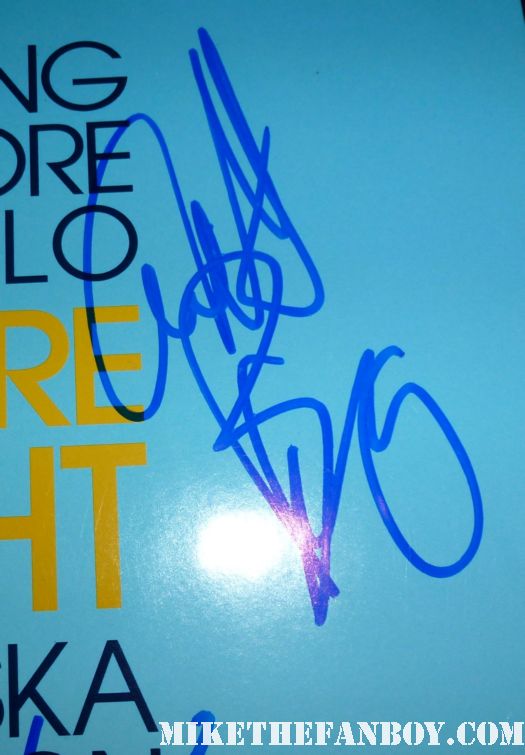 Shirley Jones was next to come out. She stopped and signed for fans as well. 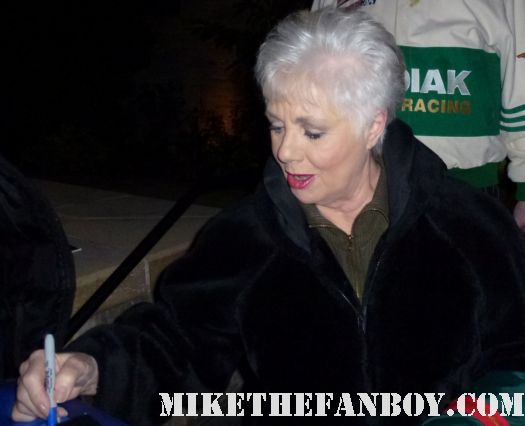 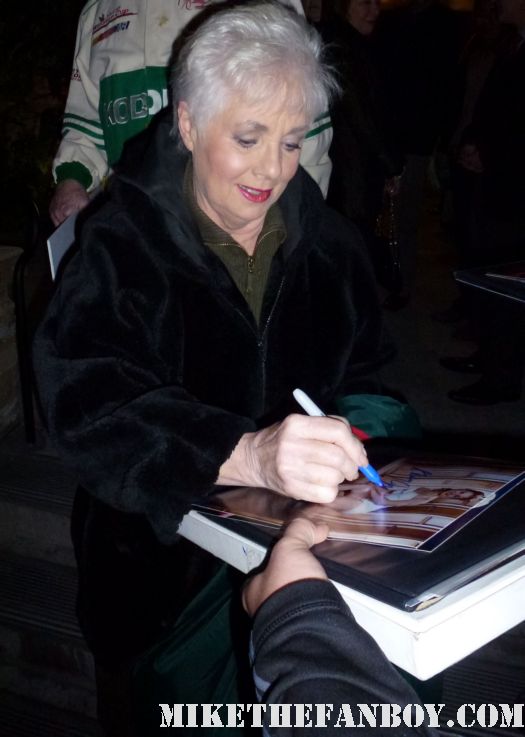 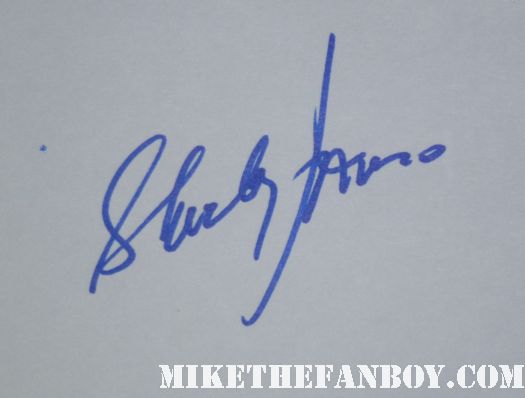 Warren Beatty came out and signed for fans, too. Last, Peter Gallagher made his way out and was very fan friendly. Thank you to all the celebs for stopping and making the night a success! 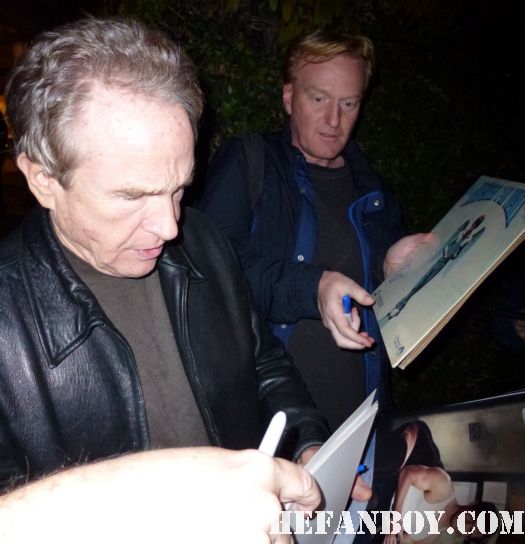 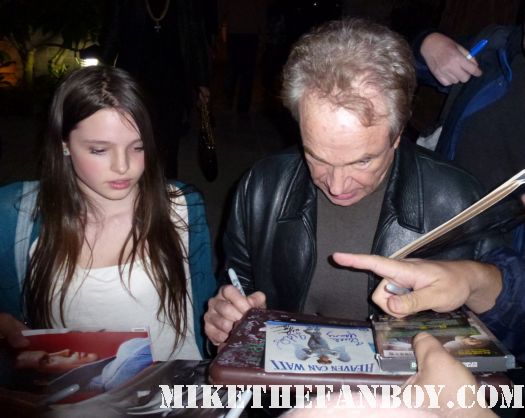