The panel began by breaking down the panelists’ unique approaches to scoring. As far as a process,” Siddhartha Khosla said, “I always compose from my gut and my soul and present something loyal to them first. I never try to present something that isn’t me, and I’m successful with that maybe half the time.”

“I start with a good healthy dose of self-doubt, and that morphs to self-loathing,” Jeff Russo added. “Once I get past that, I reach a point of asking ‘how does this make me feel, as a piece of music?’ I try to find the emotional core, wherever it is, and I just move on from there.”

From there, the panelists discussed how they built a good relationship with their respective showrunners. “The nice thing about Ash vs Evil Dead, is that Sam Raimi directed the pilot,” Joseph LoDuca said. “So working on that was great, because it felt like we both still shared the same shorthand. Sometimes, in TV, you can have a scoring session and no one’s around, but it’s always so much more fun when there are other people around you who are involved with you.”

“It’s important to forge a personal relationship with the people you’re working with,” Siddhartha added. “When I’m scoring for a project with Dan Fogelman, I feel like I’m staring less at a scene, and more at a part of his soul. That allows me to understand the reason for the scene itself.”

Kris recounted how, when starting work on Dear White People, Justin Simien, the showrunner, had actually sent him an 80-track playlist, along with the show’s bible, to inspire a soundtrack’s worth of music. “Ultimately, we ended up switching more to traditional classical music and traditional jazz,” he said, “but I think that that was an interesting test to see if I could handle the music of this world.”

Next, Jeff Russo and Mac Quayle compared their experiences working with the same showrunner across different shows. “I don’t think I had to worry about Fargo sounding like Legion,” Jeff said. “But I would say that our familiarity makes the job easier, because it’s gotten to a point where Noah can say ‘you know that one thing you did that one time? Do it again here.’ It becomes very easy for him to communicate to me what he wants, and vice-versa.”

“It’s a trust thing,” Mac agreed. “With Ryan Murphy, all his shows have a very different tone, and each season is a different story, so that allows us to find ways to create different scores for the new creations.”

Blake offered a fascinating perspective on this type of relationship, having worked on shows that not only shared creators, but also functioned within a shared, overlapping universe.

“I hope you guys like the crossovers,” he joked, “because those are my favorite scores. It puts you in a fortunate situation where you chose a particular style that works for The Flash, and another that works for Supergirl. Fortunately, I knew there would be crossovers when I started on The Flash, so I planned one show’s music to feed into another when they inevitable converged.”

From here, the composers were offered a chance to talk about the instrumental choices they’ve made when working on different shows. Siddhartha described the shift that occurred when moving from This Is Us to Marvel’s Runaways. “For This is Us, it was a very organic score, based around an acoustic guitar, and I sang on the score and used instruments I was very comfortable with. Runaways, meanwhile, is completely synthesized. Ultimately, no matter the project, I rely a lot on melody to drive a score, because I’m a songwriter as much as anything else. So, I’m working on these song-stories and weaving them through different episodes.”

“Jessica Jones is a five-piece jazz sound, and Inhumans is a 70-piece orchestra,” Sean added, “Really, that’s reflective of the world. It’s like, Jessica Jones is five square blocks of city, while Inhumans is an entire universe that literally stretches to the moon and back.”

At this point, the panel opened to questions from the audience. One guest asked the audience, “what can a filmmaker do to empower you?” at which point ever panel member perked up. “When I wrote a script for Jessica Jones, we would pick a song and let it marinate, and play with it a bit before sending it in,” Sean said. “So that let it really soak in and form its identity alongside the show.”

“It also helps not to temp stuff,” Sidhartha added. “Sometimes a temp can be right, but more often it’s wrong. It’s so much better if you let a composer read the script and produce their own score, based on instinct.”

“Don’t micromanage,” Jeff continued. “Trying to micromanage music can cut into the confidence of a composer. Broad strokes can help, even if they’re still being specific about what they want,”

“It really all comes down to trust and confidence,” Joseph concluded. “Don’t be afraid to talk to your composer, even if you know you know nothing about music.” 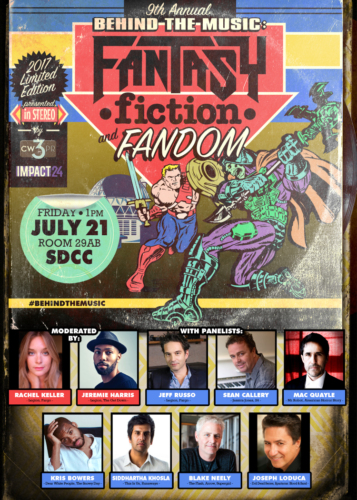 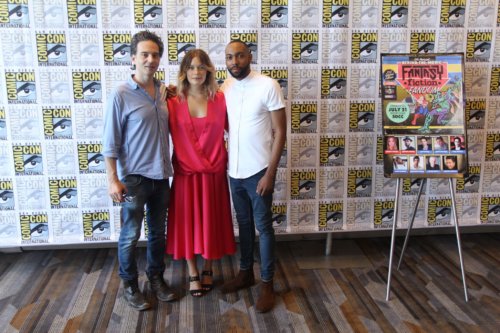 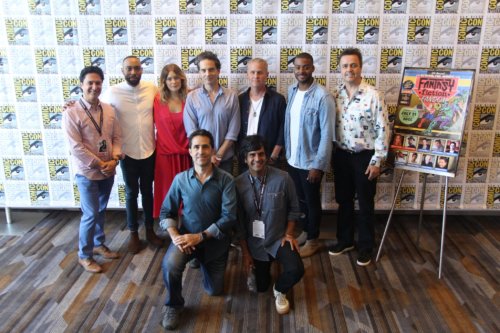 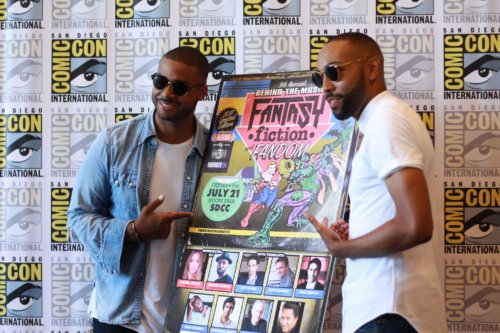 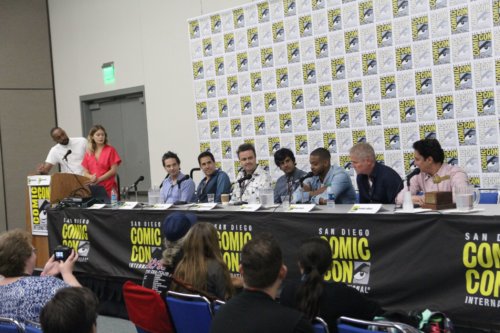 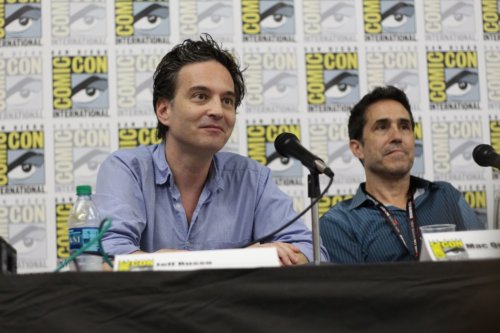