San Diego Comic Con brings its annual smorgasbord of TV previews, panels, signings and more! Here’s a rundown on who’s coming, who’s skipping and who the newcomers are! (Strap in! This is a looong list!)

Lots of shows will be back, doing their usual thing. There is comfort in that, right? If they had other activities besides a panel, they are doing the same drill this year. Here’s the list: 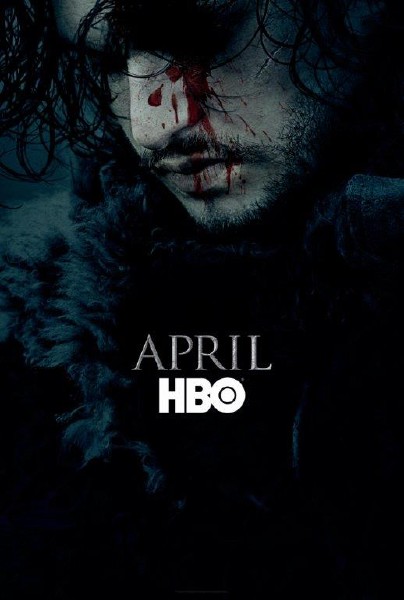 Fox’s “resurrection shows” this year includes Prison Break and 24: Legacy which will probably both get signings at the Fox booth. 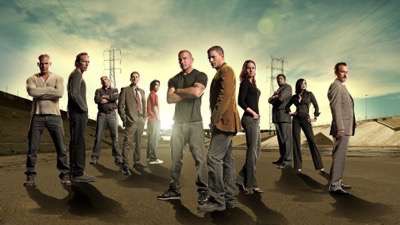 Pump up the Volume

A couple of shows and networks are anteing up with even more glorious activities this year!

Ash vs. Evil Dead will get TWO panels this year: a panel with the full cast and creators (and Lee Majors!) and then a second event — an advance screening of the season 2 premiere! Fans should note that the booth for Ash vs Evil Dead will be at PetCo Park this year. They will have a re-creation of Ash’s cabin which will host the cast signing. 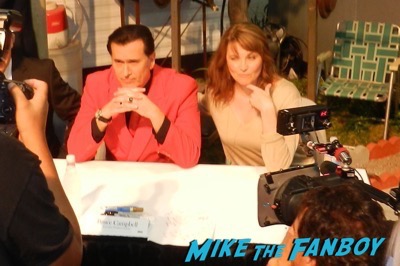 Syfy is amping up the volume with Syfy presents Live from Comic Con, a daily chat show hosted by Will Arnett and they are bringing quite a few shows. The Expanse and The Magicians will make their first trip to celebrate their upcoming second seasons. I has a panel and several signings at IDW where they are desperately hoping for some cosplayers.

Nickelodeon is going nostalgic with a look back at some classic shows. All That, Double Dare and Legends of the Hidden Temple will all get some love. They are even taping a new episode of Double Dare, but they have not released details on how one could attend or even be a contestant.

Mr Robot is making its SDCC debut though they came for a stealth visit last year for the press rooms and a panel at Nerd HQ. Don’t forget season two begins tonight! 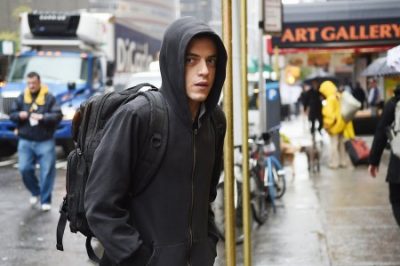 Bates Motel and Sherlock are also back. Bates has the full team for a panel while Sherlock is bringing everyone but Sherlock and Watson (again).

Orphan Black is coming to SDCC for one last trip. The upcoming fifth season will be the last so the show will not return for a victory lap next year. Sadly, they are cutting back so there will be no Orphan Black offsite. Look for a shirt or something to shop up at the BBC America booth. 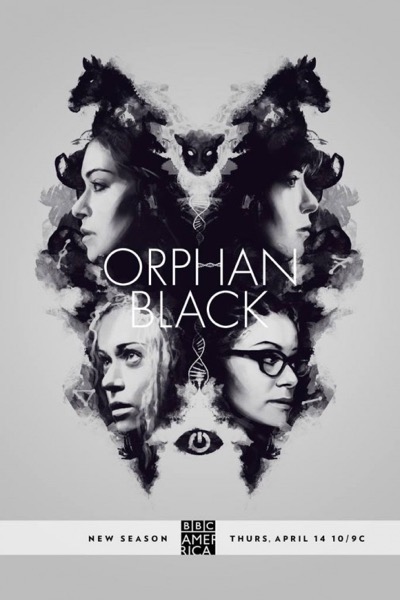 Conan O’Brien will still be taping his sho, but this year, he’s dropped the Conan Bingo parties which were just amazing last year. So sad to see that go the way of the dodo!

Colony and The Last Ship are a couple of shows coming for panels, but have dropped any other booth or offsite plans for this year.

These shows are coming to the fans for the first time! Most of these are making their debut in the next 8 months or so. Look for lots of comic book adaptions, movie adaptions, time travel and a larger number of comedies this year!

American Gods – Get your first look at the highly anticipated new show from Bryan Fuller! This is an adaption of Neil Gaiman’s story is about an ex-con who stumbles into a cold war between the new gods and the old. Expect something beautiful and luxurious from these two creative minds. I’m hoping the Starz booth looks like the Crocodile bar… 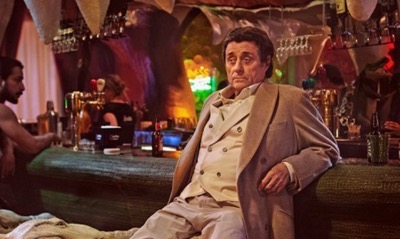 Dead of Summer –Freeform makes its SDCC debut with a panel for this show with creators and cast.

Frequency (Screening) – Based on the movie, this is the story of a detective who gets to talk to his dad in the past.

The Good Place (Screening) – Kristen Bell is a recently-dead person who discovers that she wasn’t so nice in life. She works with her mentor (Ted Danson) to discover her inner good within in this NBC comedy.

Incorporated (Screening) – Produced by Matt Damon and Ben Affleck’s production company, this Syfy show is set in a world where big corporations control everything but a young exec who wants to save the woman he loves.

Luke Cage – Surprise! Netflix is making its first trek to SDCC with the first clips from the upcoming series. We got our first look at Luke in Jessica Jones, but expect to get a lot more scoop on what’s ahead at the panel. 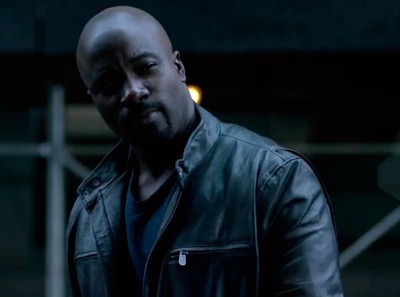 MacGyver – The first look at CBS’ reboot of the show about a man who can save the world with a paperclip.

Powerless (Screening) – The first DC Comics comedy, Vanessa Hudgens is an insurance adjustor in a world of superheros. Look for this show to start mid-season on NBC.

Preacher – AMC’s adaption of the Vertigo comic makes its first visit to San Diego. Outlander fans can look for Graham MacTavish on the panel. 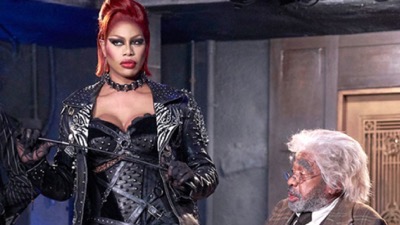 Son of Zorn – This is Fox’s animated/live-action comedy that looks rather, um, odd.

Time After Time (Screening) – ABC’s mid-season show is about a young HG Wells (Freddie Stroma) who uses his time machine to visit our present day and is, well, disappointed it’s not a utopia.

Timeless – NBC’s new series is a time-traveling twister as a team (Abigail Spencer, Matt Lanter, Goram Visnjic) tries to stop a fugitive from changing the past.

Sadly, Outlander won’t be making the journey to San Diego. The last season just wrapped and they don’t start filming season 3 until the fall so there isn’t much to say. However, you can find Graham MacTavish at the Preacher panel, Terry Dresbach at the Dressing the Character panel (and signing) and Bear McCreary at his panel. 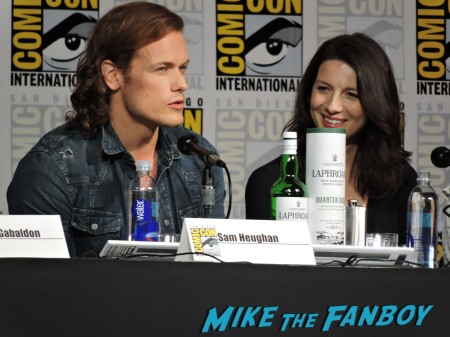 While HBO is bringing a pair of comedies for the first time, they aren’t bringing Westworld, the ambitious science fiction/western/robot series based on the Michael Crichton story. The producers include Jonathan Nolan (The Dark Knight, Person of Interest) and JJ Abrams and the cast includes Anthony Hopkins, Ed Harris, Evan Rachel Wood, James Marsden and more. Seems like a perfect fit for the SDCC audience. Perhaps next year…

It’s still early for the X-Men live-action series, Legion, so maybe that’s why FX didn’t bring it this year. But it’s being run by Noah Hawley (Fargo) and stars Dan Stevens, Jean Smart, Aubrey Plaza and Bill Irwin so the curiosity level on this show is sky-high. Guess we’ll just have to wait to hear more about the show!

I knew there was a very, very small chance I would get my dream panel, but I was still hoping we’d see a little something about Twin Peaks. While they are doing shooting the show, everything is closely guarded until it makes its debut next year. There will be a little bit more background when Mark Frost’s The Secret History of Twin Peaks publishes in October. Until then, it like I’m going to have to enjoy my damn fine cup of coffee elsewhere. 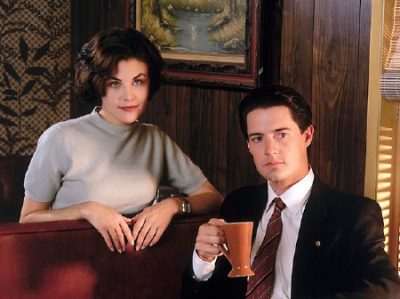 So much good stuff at SDCC!!