Silver Linings Playbook… The movie I’m going to see seven times in theaters. LOL… Yep, it’s Awards Season! The Lovely Erica is in town and I was invited to a special screening of Silver Linings Playbook with a q and a with Bradley Cooper, Jacki Weaver, Chris Tucker, Shea Whigham, Pauly Herman, Dash Mihok and David O. Russell. A pretty nice grouping of the cast!

Now, I don’t need to tell you what I thought about the movie since I did a semi review earlier when I went to the premiere with Billy Beer. However, I will say, go see this movie, it was really good and the best work of Bradley Cooper’s career.

After the movie, they announced that Bradley Cooper would not be able to attend the Q and A. Apparently, his motorcycle broke down and he was stranded. lol… Plus, David O. Russell and Chris Tucker were both running late. Okay…

Then the rest of the cast came out. Jacki, Shea, Pauly and Dash. All were nice but I don’t think they were used to being on the awards circuit. LOL…

It was odd to hear Jacki Weaver talk with an English accent. 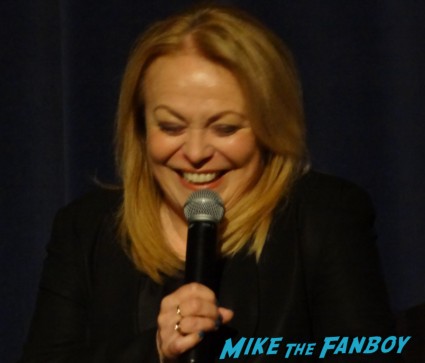 Each member of the cast was super nice though. All talking about what an honor it was to be in a David O. Russell film, and how they had to audition via Skype with the director. 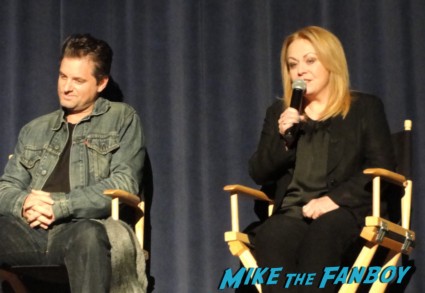 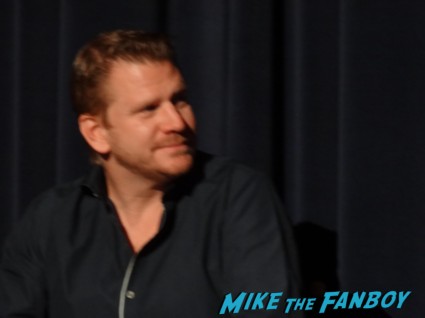 Pauly was funny saying, “I didn’t even know what a Skype was!” He also mentioned that he always gets accused of getting parts because of his friendship with Robert DeNiro. 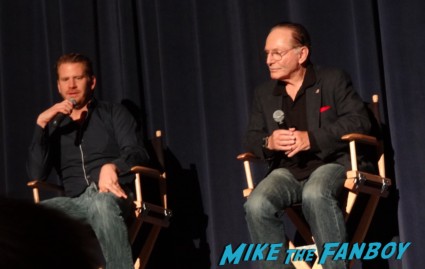 This movie he auditioned for David and asked him not to tell Robert DeNiro that he was even in the running for the film.

Then David O. Russell joined in. 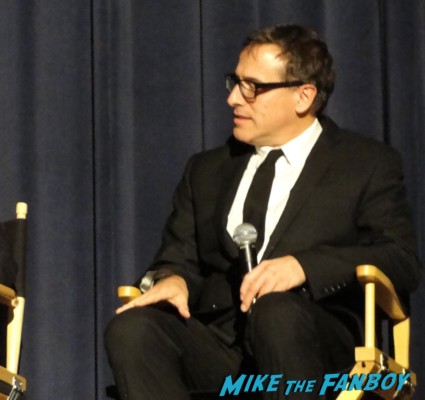 David is very charming and talked about adapting the film from the book. He said, everyone has to make the work their own even with an adaptation.

Then Chris Tucker joined in. 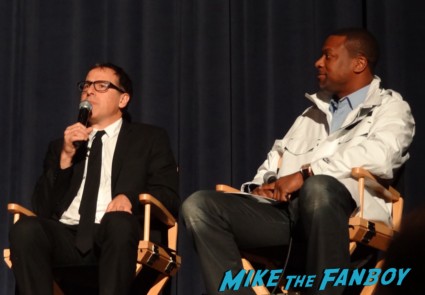 Chris was so sweet and you could tell he had such a fondness for the director. 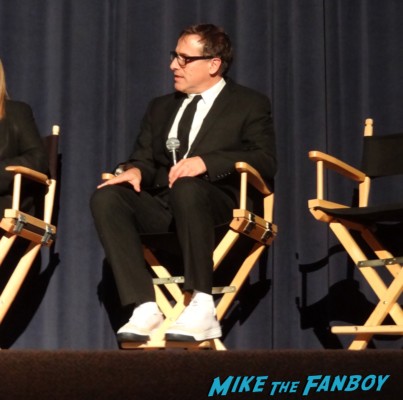 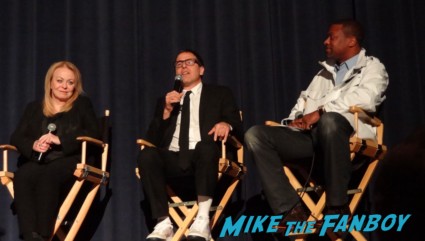 Chris talked about picking this project as his first project in five years and picking the project to work with David.

The questions for the audience were a tad odd… One young chap talked about the music in the film while wearing what looked like a prep school blazer. 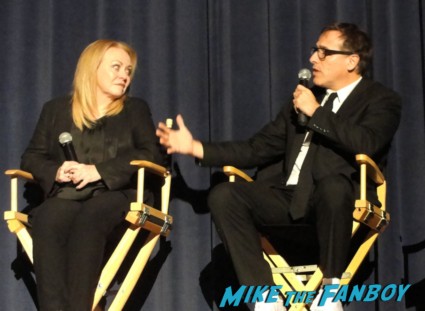 David O. Russell was so taken with him that he remarked he just walked out of a Wes Anderson movie. LOL… It was a great moment.

One woman just couldn’t wait to ask her question and started jumping up and yelling, “I have a question! Over here!” Sigh…

David O. Russell said something like, “She’s very passionate!” LOL… She wanted to know why David changed the original ending in the book and David said, “I don’t remember the original ending at this point,” but he reiterated the fact that everyone has to make what they are working on their own. 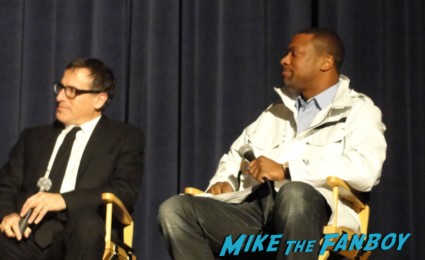 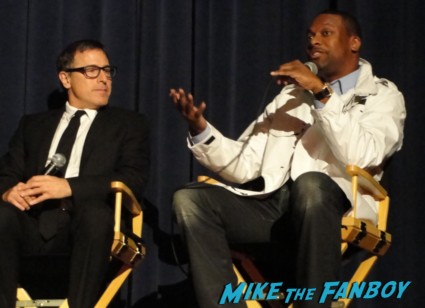 After the Q and A every member of the cast stayed and greeted the people waiting. I had my Silver Linings Playbook mini poster as well as my Fifth element UK Quad mini poster for Chris Tucker and a Three Kings mini poster for David O. Russell. 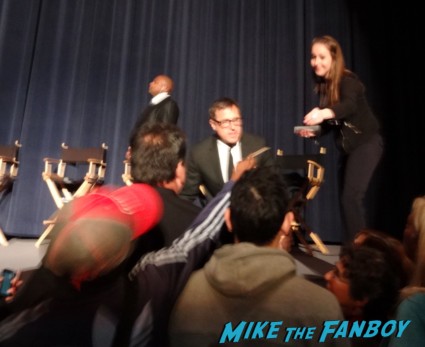 David O. Russell was the first person I met. He kindly signed my two posters and Erica’s poster as well. David was even going to sign Erica’s Poster twice! LOL, he was very excited to talk with people! 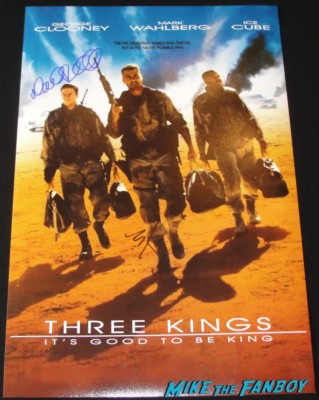 Jacki Weaver was next and she was so cordial signing autographs for everyone.

Shea Whigham looked like he was heading out and we stopped him for a quick autograph as well. I think they all loved the fact that people cared to take photos and such with them.

Chris Tucker was on the other side and had basically a receiving line. 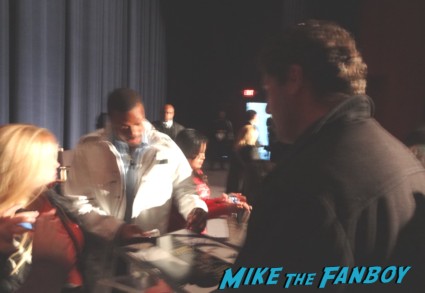 She stayed and took photos and signed for everyone. 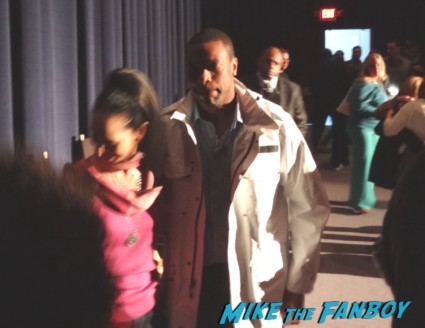 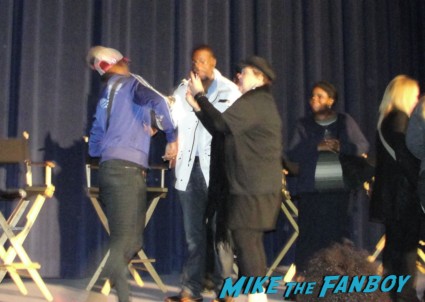 I got a quick photo and then he signed my Silver Linings Playbook mini poster and then my Fifth Element poster as well. He was so nice and really humble. 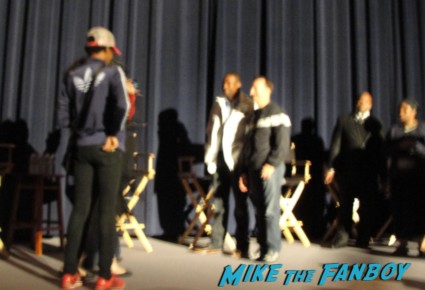 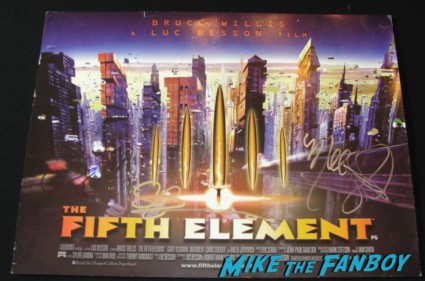 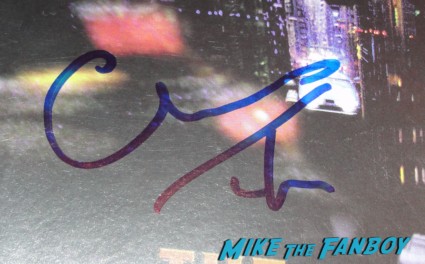 Perhaps you saw my Photo Flop with Chris over the weekend! Doh!

Pauly Herman was meeting up with people and signing. He was happy to talk with everyone and again really nice. 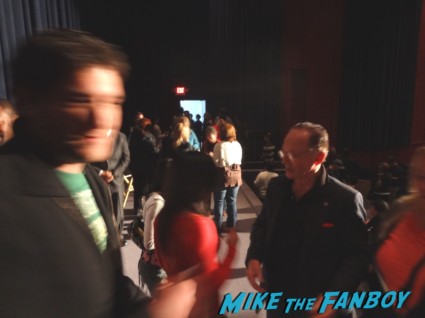 Finally, Dash Mihok who I remembered from Foxfire was in the audience just talking with people. He signed my mini poster and then Erica’s as well. Super nice guy.

And then… That as we say is that.

Even though Bradley Cooper cancelled he said that he was going to do a q and a just for our audience to make up for the fact that he couldn’t be here. So, we’ll see if that actually happens. lol…

And I’m sure to meet Jennifer Lawrence I’ll go see the movie again once she has a q and a. LOL… 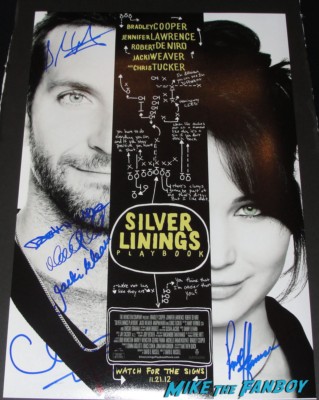