Sneaky Pete is one of the newest Amazon series to be in the midst of awards season chatter.

Amazon had a huge week of events and one of them was for Sneaky Pete.

“I said I hope it’s never too late if you’re a stinky Pete, if that’s you reintroduce you to that thing that brings you love and joy.” Mentioned Bryan Cranston, “The next day I got a call and congratulations and someone said to me and said ‘you know that’s a TV show.’ I was like what?” 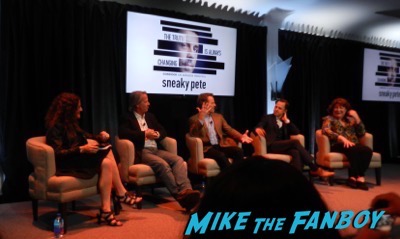 With that, Sneaky Pete was born. The series was going to be on CBS and then they passed and they shopped the series and Amazon was interested and they wanted a big bad and wanted a serialized show. “We said, can we do that? Of course we can!” Exclaimed Bryan Cranston. “How do we do that?”

That’s when Graham Yost got involved to bring the characters out and into the series.

“I went to Graham and said I need you to do this.” Bryan said.

“First and foremost, what we came away with was, oh my God if you can work with a cast like this, you do it.” Laughed Graham Yost. 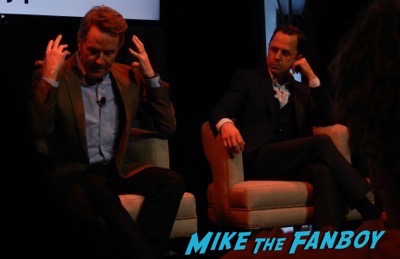 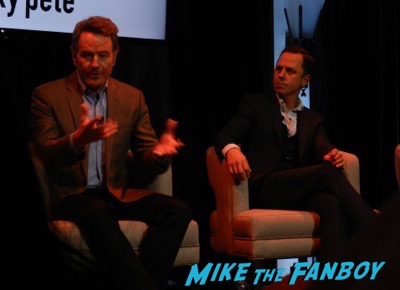 “Initially, I got a phone call from my agent and they said Bryan Cranston was doing this thing. I was immediately interested. I was hesitant about the 22 episode commitment but I read the script, had a meeting and was like, let’s do this.” Stated Giovanni Ribisi. 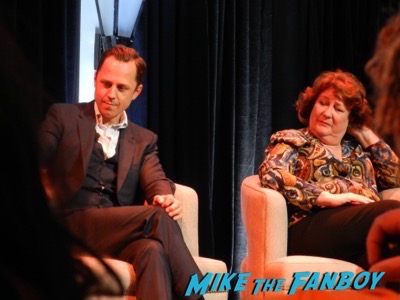 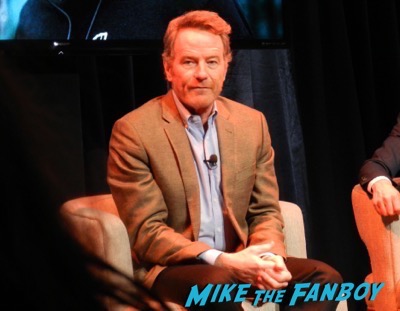 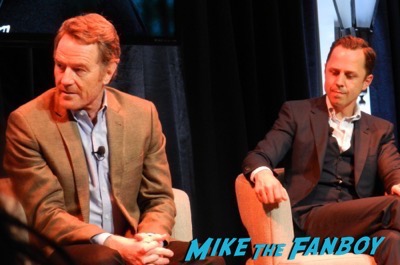 The panel was really good and afterwards most of the cast headed to the party. Sadly, Giovanni Ribisi rushed past me as he was leaving the party and running to his car, so no one got him. I was literally smashed into the railing walking in the party so he could leave. It was kind of odd.

However, some of the other cast members were at the party who weren’t on the panel.

Bryan Cranston basically formed a receiving line. He met with people one by one and would sign one thing each and do a quick photo. He was very nice but he was clearly trying to get through as many people as possible. 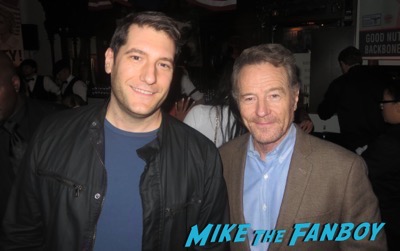 We then went around and met some of the other cast members which was fun. 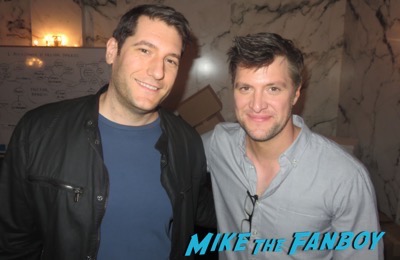 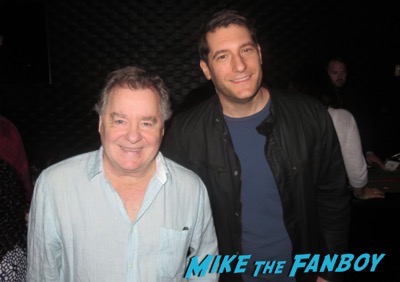 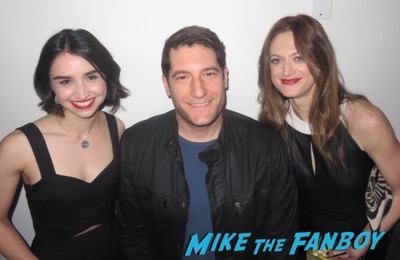 I was able to get my Breaking Bad season one presskit finished. Aaron Paul already signed it, so I’m considering it done.

It was a fun night hanging out with everyone. 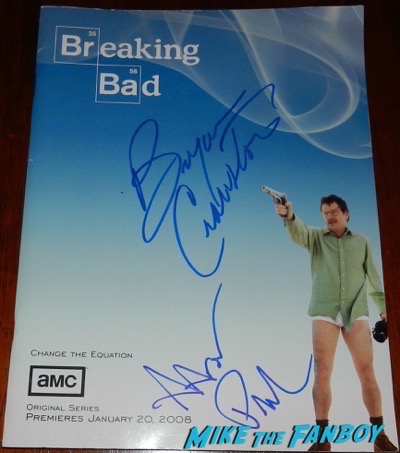