Home / Fanboying! • On Location / Sons Of Anarchy Filming On Location! CB Gets To Meet Charlie Hunnam and Maggie Siff!

Oh dear, CB is going to make some Sons of Anarchy fans really jealous! One thing that’s super awesome about living in Los Angeles is the opportunity to visit shows as they film on location. It’s just one of the perks we Los Angelinos pay for high rent, expensive groceries, and our outrageous sales tax… So, CB heard that Sons of Anarchy was filming and since it’s one of his favorite shows, he decided to head out and try to get a photo with some of the guys.

NANANANANANANA, CB, CB, CB! I am so so so PSYCHED TODAY! I got a tip that Sons of Anarchy, my favorite show, is filming close to me. I was hesitant going at first, but then said screw it, I’ll cancel my plans. I went to the premiere and the whole cast was super cool. I got everyone but Maggie, Tommy, and Ron. I took my two cast posters and hoped someone from the cast was there, and boy was in SHOCKED when I got there….read on to find out!!!

6:30: They are filming and security tells us not to take photos, so we oblige. They are letting us stand pretty close to the set, so we don’t want to anger them.

8:00: We wear the director say “Wrap” and out of no where, Charlie comes right over to us. 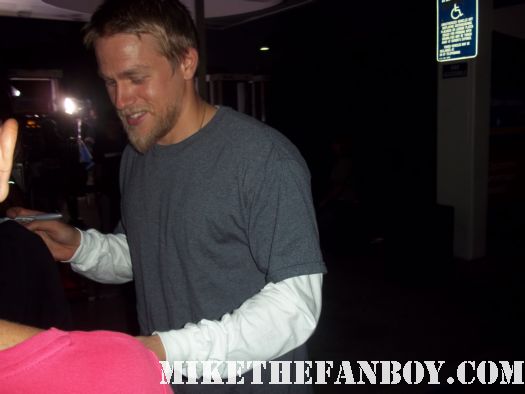 He’s so so cool to fans. He takes photos, signs for us and talks to us about the show….I’m in SAMCRO NIRVANA!!!! 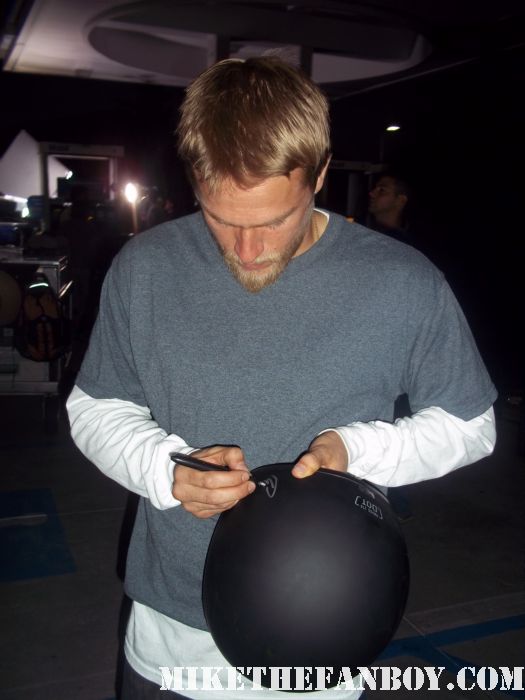 I get Charlie to sign this motorcycle helmet I was given years ago and that collects dust. 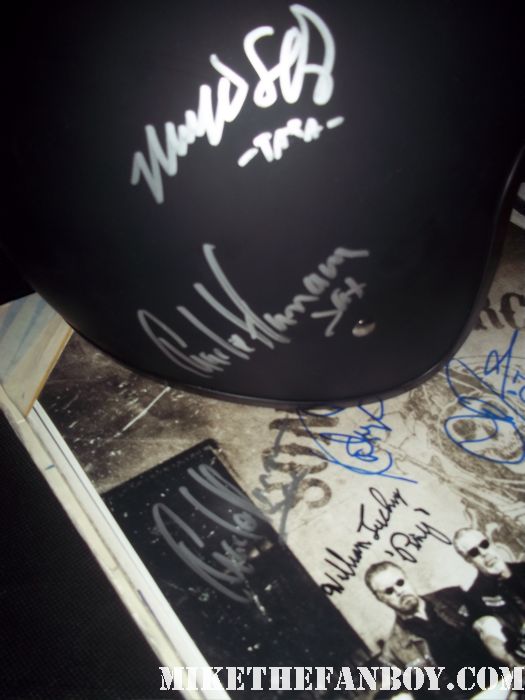 8:10: We look around, and there is Maggie. We go to her and first thing I ask is if I can get a photo with her, which she obliges…SHE’S AWESOME!!! Then I have her sign the helmet and poster I missed her on at the premiere. 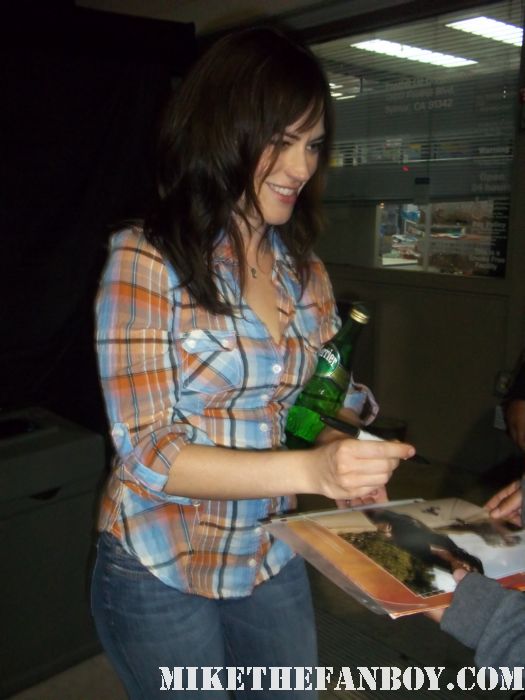 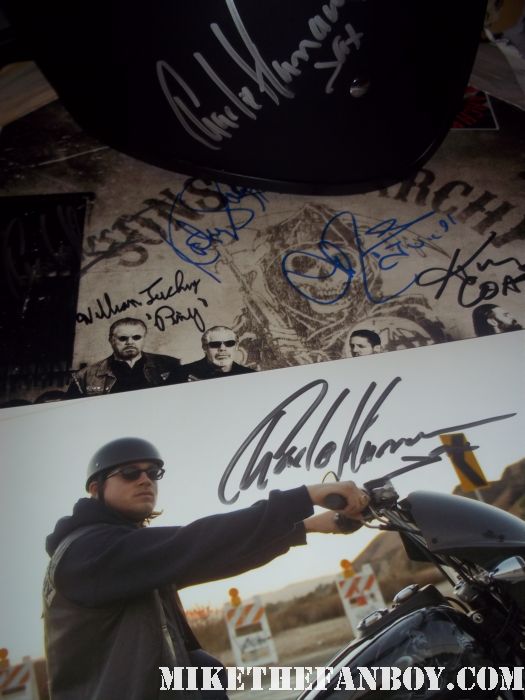 I am so so happy how awesome these two were to waiting fans. LOVE THE SHOW EVEN MORE! Everyone, Tune in next week September 6th for the Season 4 Premiere. Until next time, same CB hour, same CB channel, same CB Blog!! KAAAAAAPPPPPPPOOOOOWWWW! 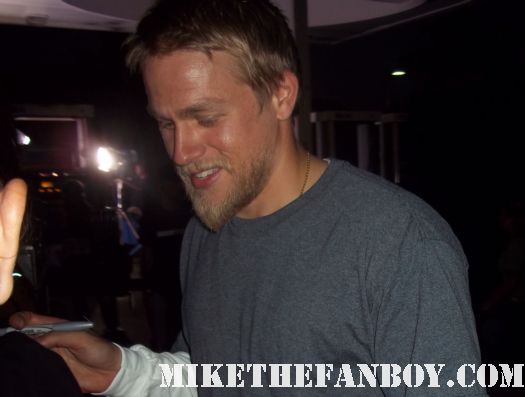