Home / Fanboying! / The Late Show with Stephen Colbert FYC Panel! Meeting The Talk Show Host and Hearing Insight’s Into The Making Of The Series!

Stephen Colbert has been lighting up the small screen since he took over the late night reins from David Letterman.

I was invited to a rare FYC panel featuring the Late Night host and headed down so see the man in action.

The panel was really good and as you might expect really hilarious. Stephen Colbert recounted taking over from David Letterman, the election, finding his stride as a host and brining in unique guests. 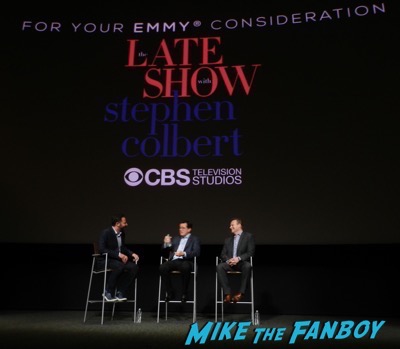 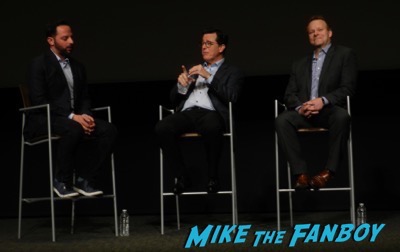 Talk turned to politics and Stephen said he’s had a good mix of people on from the Right and the Left, “As long as people has something to say. Saying their stump speeches isn’t the important thing.” Stephen added. 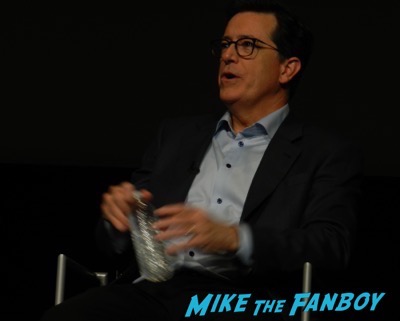 Stephen told a story about Ted Cruz coming on the show and hoping that the interview went well and he warned him not to resort to stump speeches and sadly that’s all he did on the show.

“It was a challenge to be myself on the show at first.” Stephen said, “At first, I thought I’ll just be myself but yourself is just… nothing with any attitude but in fact you have an opinion and an emotional state for everyone you talk about all the time. I had to strip myself of my old show.” 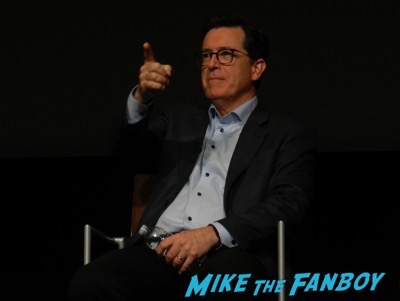 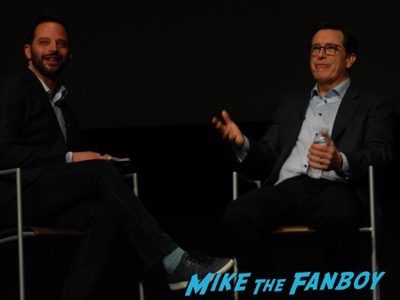 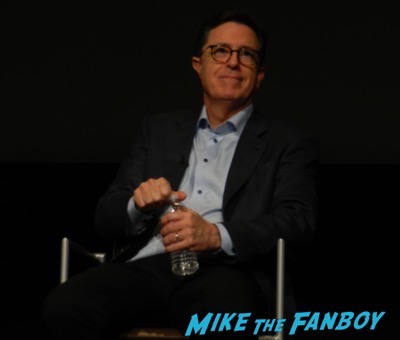 After taking a quick bow to the lady emmy of the evening, Stephen was very nice and came to the stage before he had to catch a flight to head back to New York.

Stephen signed for everyone, he signed my Late Show poster as well as my Entertainment Weekly magazine to which he said, “This is my favorite magazine cover I ever did.” It’s a pretty epic cover I will say. 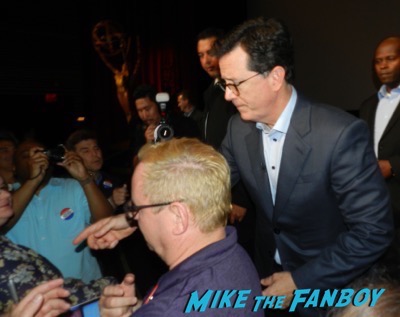 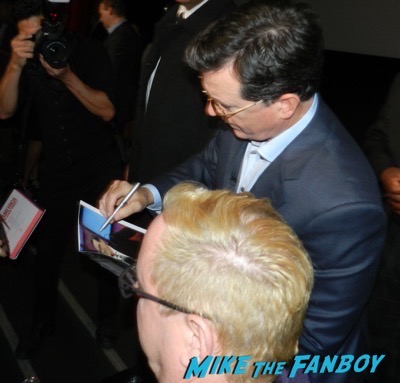 At first Stephen said that he wasn’t going to do photos and then relented and did as many as he could.

Thankfully Lisa got one, I didn’t though, but to his credit Wayne did really try and help me get one which was really nice of him.

All in all I had a really fun evening and it was great to see Stephen live and on stage. 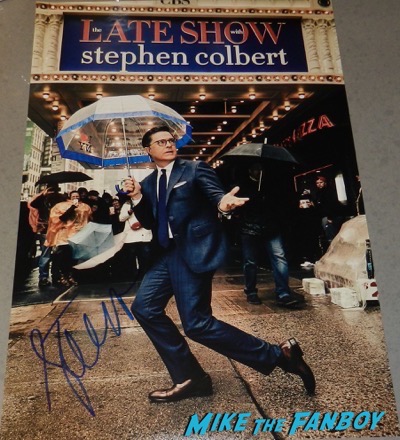 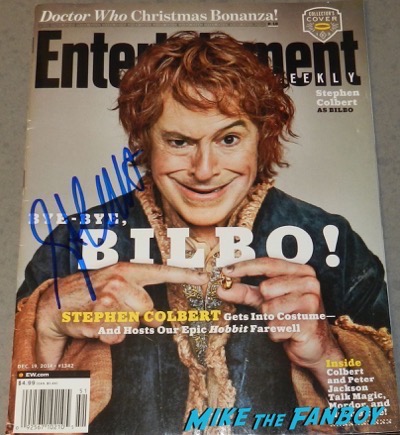