Suddenly Susan is back! And yes, I’ve been schooled at how bad her nickname is… Thanks Erica… I’m terrible at picking names… Seriously… But what can you do… If anyone wants to chime in, just let me know… lol…

Anyway, for her first report Susan was out and about for two fantabulous directors… One a legend, and the second a tested star and a director coming into his own right. I can only be talking about Martin Scorsese and the second is Mr. Kenneth Branagh. And yes, I loved Thor..

Check out Susan’s full recap after the jump!

My first recap here at MTF. How exciting! I took some time away from the world of Philography, but I’ve started back up, and rather successfully too. I went to Jimmy Kimmel last Wednesday with the hopes of getting Martin Scorsese. I used to go for just about anyone. But more recently, I’ve been heading out only for a few special people on my want list. And I mean, come on, this is Martin Scorsese. He’s so talented, we need only refer to him by last name, like Brando or Spielberg. Knowing Kenneth Branagh will also be taping, I brought along a nice BW 8×10 of him as well. I’m a big fan of the black and white candid. I’ve heard he’s very nice and no one likes going home empty handed. One of the reasons I’ve been shortening my want list is because of the planning involved for such an endeavor. I work an 8 to 5, full time job. In order to make a taping, I need to tell my work that I have a “doctor’s” appointment of some kind. This will only get me to the sign line by around 5pm, which used to be enough time. Since I haven’t been out in awhile, I see what 5pm now gets me – back of the line. There are about 23 people there, but it’s on the good side of the alley with one single file line. I hate when there’s an outdoor concert. I won’t even attempt it if I know we’ll be waiting on the crap side. Unless you are right on the barricade, or have the reach of an octopus, forget it.

I see some of the old crew and start catching up. Seems the word on the street is not too positive for Marty to come over. I’ve seen plenty of videos of him signing and he seems genuinely happy to meet his fans, so I am hopeful and keep up a positive vibe. My guess is that if he does it at all, however, it will be on the way out. Just before 6pm, Sir Kenneth arrives. He heads right down the alley towards us. Glad I brought that photo for him so I won’t go home a total loser. He’s quiet and much shorter than I thought he’d be (aren’t they all). He looks a bit tired, but signs away. He gets to me and I ask if he’d make it out to Susan. I prefer to personalize. I know a lot of people don’t, but for me, it makes the experience and the autograph more special. I often hear the complaint of, well then you can’t sell them. Trust me; I don’t plan to…ever. 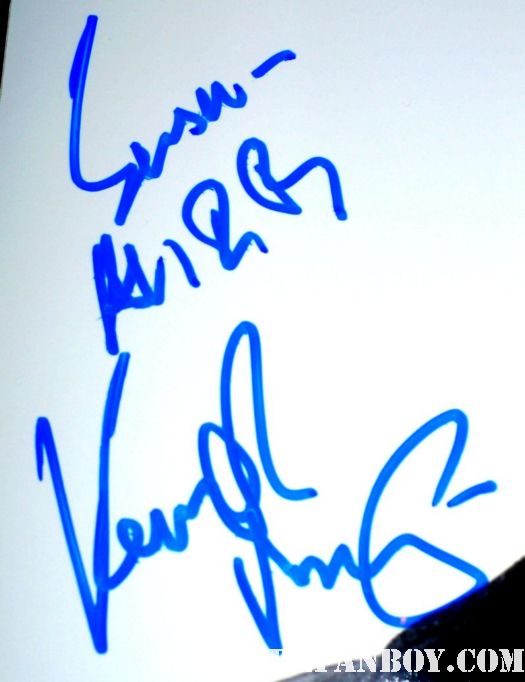 He writes a little message after my name. I still can’t make it out. All the best? Perhaps MTF can run a contest to figure it out. I have one from Simon Cowell as well with NO idea what it says, but thanks Simon! No one asks Sir Kenneth for a photo until he starts heading back to the stage door and he gave the old “sorry, I have to go” line, but no matter. He was pleasant enough to do it, so thanks for stopping Ken. 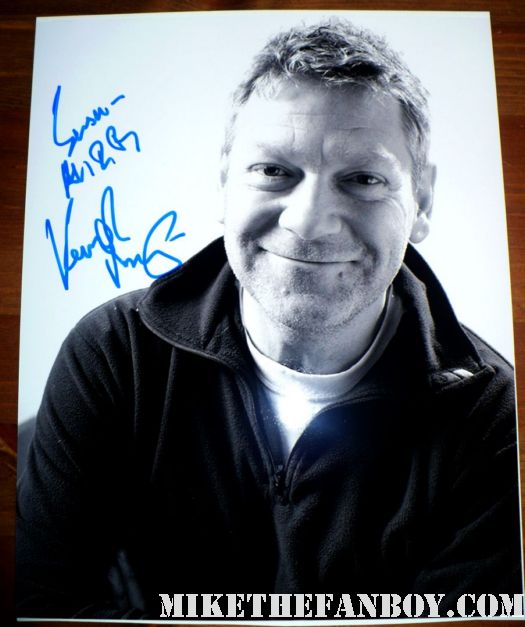 Very close to 6:30, Marty arrives and the now 30 plus people on line all yell for him. He heads in with a wave. Moans and groans, but I’m still optimistic he’ll do it on the way out. Around 7:30, Sir Kenneth leaves and exits with a wave. Sorry gang, no double dippsies this time. Cut to almost two hours later, just after 8pm, when Marty emerges. I can’t see a thing, but I do hear an excited, “he’s coming down,” so I get my photo ready. He’s signing down the line and appears to be taking photos too. Cool. He takes his time, but now he’s actually in my view. Wow, Marty and I are the same height. He’s surrounded by 2 or 3 publicists/wranglers. When I hear someone ask for a photo, before he can answer, one of the publicists says “he can’t; he can only sign for everyone”. Fair enough. This is one instance where I’d rather have the signature than the photo. He gets to me and I ask for him to make it out to Susan. He asks me, “Just sign it?” and I stupidly say, “sure”.

As I submit articles, you’ll see more and more that I make idiotic and sometimes unforgivable mistakes. I feel like even when they come over to sign, I don’t want to inconvenience them and I try to make it as easy as possible for them. In this case, however, I think he just didn’t hear me and would have been happy to do it. It’s Scorsese. I got a little flustered. What can you do? He gets towards the end with about 7 people left to go. His limo has pulled down the alley to the end of the line. The publicist tries to pull him away, but people are shouting, “we’ve been here for hours”! Liars. Big fat liars. They arrived way later than the rest of us and have only been waiting about 45 minutes, but I still hope he does it for them. Marty looks up at them and says, “oh, ok” and finishes the line. 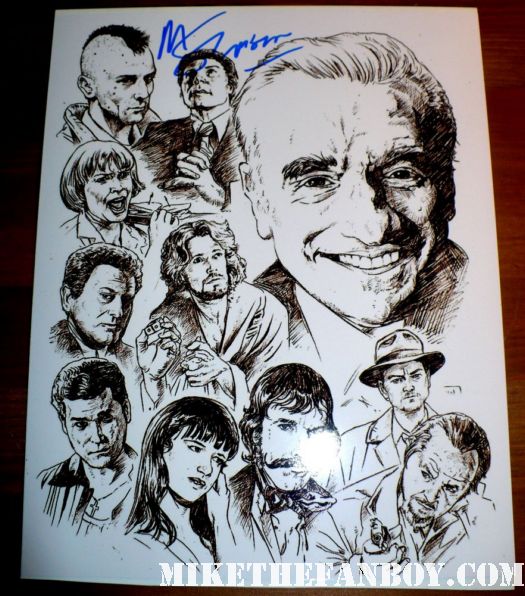